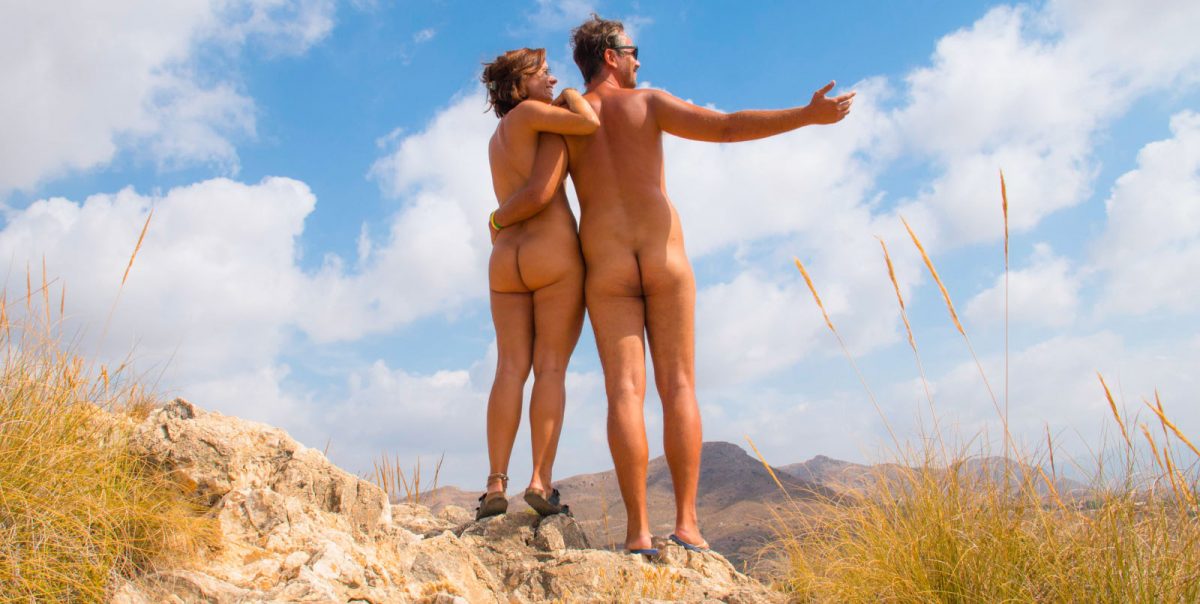 It’s often said that the naturist season in Europe and North America starts at about half of May and doesn’t run much further than the end of September. Which leaves the obvious question: What do naturists do the rest of the year? Do they just remain dressed until next summer? Do they turn into home naturists? Of course not. Naturism doesn’t come with a button that you can just switch on and off, depending on the outside weather.
Luckily, there are still quite some options for naturists, even when there’s half a meter of snow outside. The holiday resorts may have closed their doors for the season but that doesn’t mean that nude time is over. Instead, a range of other options appear. Either in faraway countries where the sun is still strong enough to keep your nude body warm, but also closer to home.

Getting naked Down Under

Those of you who managed to stay awake during geography class already know that everything below the equator works the other way around. Well, at least a lot of things. Who has seen the Simpsons episode “Bart vs Australia” may still believe that the toilet water in Australia drains the other way around. Something which, apparently, is nothing but a myth. There goes another lovely childhood memory. Anyway, what is true is that when it’s winter in the Northern Hemisphere, it’s summer Down Under!
Other than Kangaroos, expensive beer, and a very broad idea of punctuality, Australia has many other amazing things to offer. Some of the world’s most breathtaking beaches for example. And, you probably saw this one coming, some of these beaches are clothing optional or at least nude friendly. Other than that, Australia also has a pretty nice variety of nudist resorts and the Get Naked Australia group organizes pretty fun events.
If you have to travel far away, you might as well travel as far away as possible. To New Zealand for example. Known for its magnificent natural beauty, adventure sports, and as well some pretty cool nudist resorts.

More nudity in the Southern Hemisphere

The naturist options in the Southern Hemisphere are much less than up in the north. That much is sure. Nevertheless, Australia and New Zealand are not the only countries bathing in a December summer sun and providing opportunities for naturists.
South Africa might not be the first place coming to mind when we think about a naturist holiday but does have a decent number of options. There are even nude safari tours. If flashing a lion has always been on your nudist bucket list, now might be your chance.
More summer vibes can be found on the other side of the Atlantic ocean. The largest naturist domain in the world, Yatan Rumi in Northern Argentina, has just started its summer season. In Uruguay is the beautiful Playa Chihuahua and the nearby naturist resort El Refugio. Also in Brazil, there is a variety of both nude beaches and naturist resorts where you can forget all about the snow at home. The memory will just melt away, so to speak.

Nudist resorts in the Caribbean

The Caribbean has always been a synonym for large cruise ships and top-class luxury resorts. If you’re looking for high-end clothing-optional resorts you’ll surely find a great deal of those in the Caribbean. Jamaica is definitely a great option for this, and so is the Riviera Maya in Mexico.
If your wallet keeps running away every time you try to book at Hidden Beach or one of the Couples resorts, don’t worry. There are plenty of options for those with a smaller travel budget as well. Like one of our most favorite nudist places in the world, Zipolite in Mexico. Other affordable Caribbean nudist getaways can be found on St. Martin, Dominican Republic, Curaçao, and some of the other islands. Even Cuba has two nude beaches.

Today, South-East Asia is still very much linked to scruffy backpackers trying to spend less than $3 a day. But soon that might change. If naturism in Thailand keeps growing as it does right now, it could well be that soon people will start calling it the nudist region of the world. The last time when we were in Thailand, there were “only” 5 naturist resorts. Today, one year later, there are already eight.
Bali too has a popular naturist resort called Au Naturel and an abundance of private villas where you can spend your days in the nude under the warm Indonesian sun.

Nude in North America (without freezing)

Winters in North America tend to be vicious and unforgiving. Nevertheless, several nudist resorts remain open all year long to receive their nude guests. Indoor, that is. Even up in Toronto where the temperatures can drop all the way to -30°C (that’s -22° F), you can spend your days naked in the hot tub at Bare Oaks Family Naturist Park.
Not all of Northern America suffers from cold winters by the way. In Florida, the December temperatures are often still agreeable enough to get your naked butt outside. California too has quite some warm spots during winter. Did you know that the average December temperature in Palm Springs is 21°C (70°F)?

Europe has parts where the winters are more naturist friendly than in the rest of the continent. Alicante in Spain is known for its agreeable weather year-round and also in the south of Portugal, there are naturist resorts that stay open the whole year. Also the Canary Islands are an excellent choice for winter naturism.
Other parts of Europe have a sprawling sauna, spa, and wellness culture. Especially Germany, The Netherlands, and Belgium have a variety of huge wellness centers where clothing, even bathing suits, is not an option. This sauna culture is slowly finding its way to parts of France and even across the north sea to the UK. Clover Spa is a great example.
Die-hard sauna enthusiasts better move up more to the north. Saunas in Finland are as common as kangaroos in Australia. And you’ll be expected to make nude snow angels as well.
Because of the growing popularity of naturist activities and events, many European naturist federations and clubs manage to bring naturists together even during the coldest winter days. In Belgium, not a single week goes by without a nude swim evening.
We can’t promise you that you’ll need as few clothes in December as last summer, but you surely won’t need as many as you thought!

3 thoughts on “The Best Places to Practice Nudism in December”