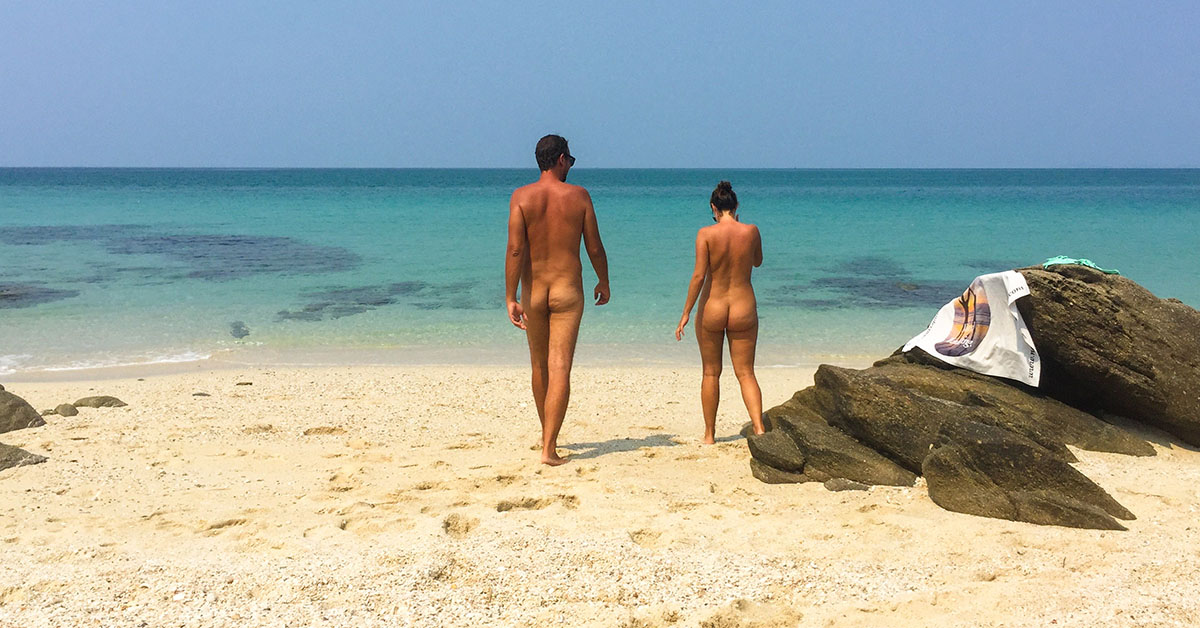 This is the third and last part of our blog series about nudism and naturism around the world. In previous chapters, we’ve talked about naturism in Europe and nudism in the Americas. These are the regions where naturism and nudism are the most popular and we kept going on and on because the options are plenty.
Today will be a bit more difficult so we decided to merge three continents in this last part. Difficult because the options are much less, except for Oceania then but there we didn’t have the chance yet to experience naturism ourselves.
We certainly have a thing or two to tell you though, so let’s start with the hardest part. 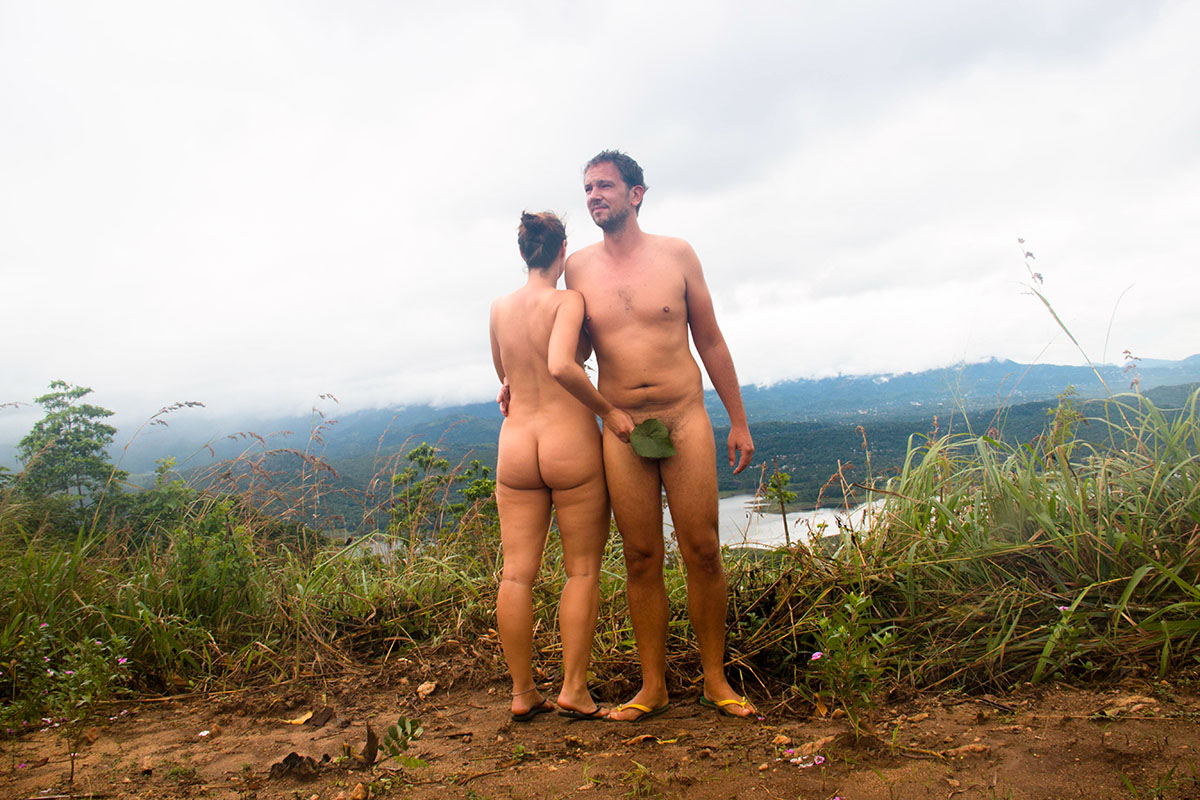 Talking about social nudity in Africa is a difficult subject. While nudism as we know it is uncommon or even forbidden by law in the large majority of the African countries, the habits of social nudity have always existed and still exist within several tribes. But should we include these in the group of nudists/naturists?
We believe not.
These tribe members have no clue what nudism and naturism are all about and neither do they know the principles or pillars of naturism. It would be the same as saying that certain tribes are vegetarians just because they don’t eat any meat.
Also, it’s not because social nudity is common that it’s per definition non-sexual. In this interesting blog post by Ruth TP, you can read about how during the Dipo Festival in Ghana young girls are paraded topless in order of estimating their eligibility as a wife. 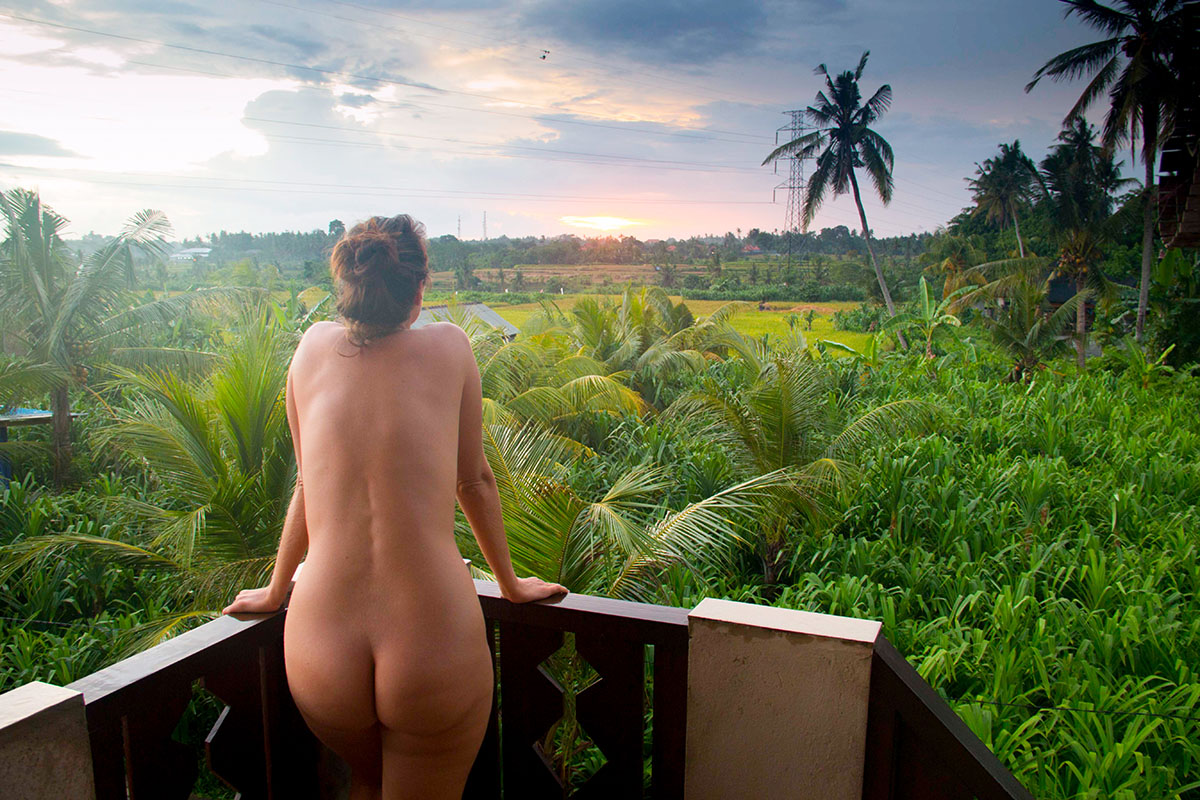 Honestly, we know too little about tribal Africa to make a decent point about this, so let’s focus on the one African country where nudism is allowed and flourishing: South Africa.
South Africa counts several nudist resorts of which Kiepersolkloof and SunEden are the most famous ones. While they may not be able to compete with top-class nude resorts around the world, they have one advantage which no other resort has: They are in South Africa. You know, the country of elephants, giraffes, monkeys and lots of other cool animals.
This makes a visit to those resorts (at least for us) a top bucket list item.
Okay, it might be a bit worrying that one day you could open the door of your bungalow facing a lion. But that’s not going to happen. Lions are not allowed at nudist resorts and the resorts in South Africa are in regions where the lion doesn’t come (or most other dangerous animals by the way).
Then what about our bucket list?
Of course, there is a solution, called Joxilox Naturist Tours. A tour company that organizes naturist adventures all around the country and which can make your dream of having a lion chasing your naked butt come true. Or any other nude experience you’d wish to try in South Africa.
We also found references online about a Namibian tour company called Southern Sky Safaris which is also said to organize private tours where some nudism can be included. 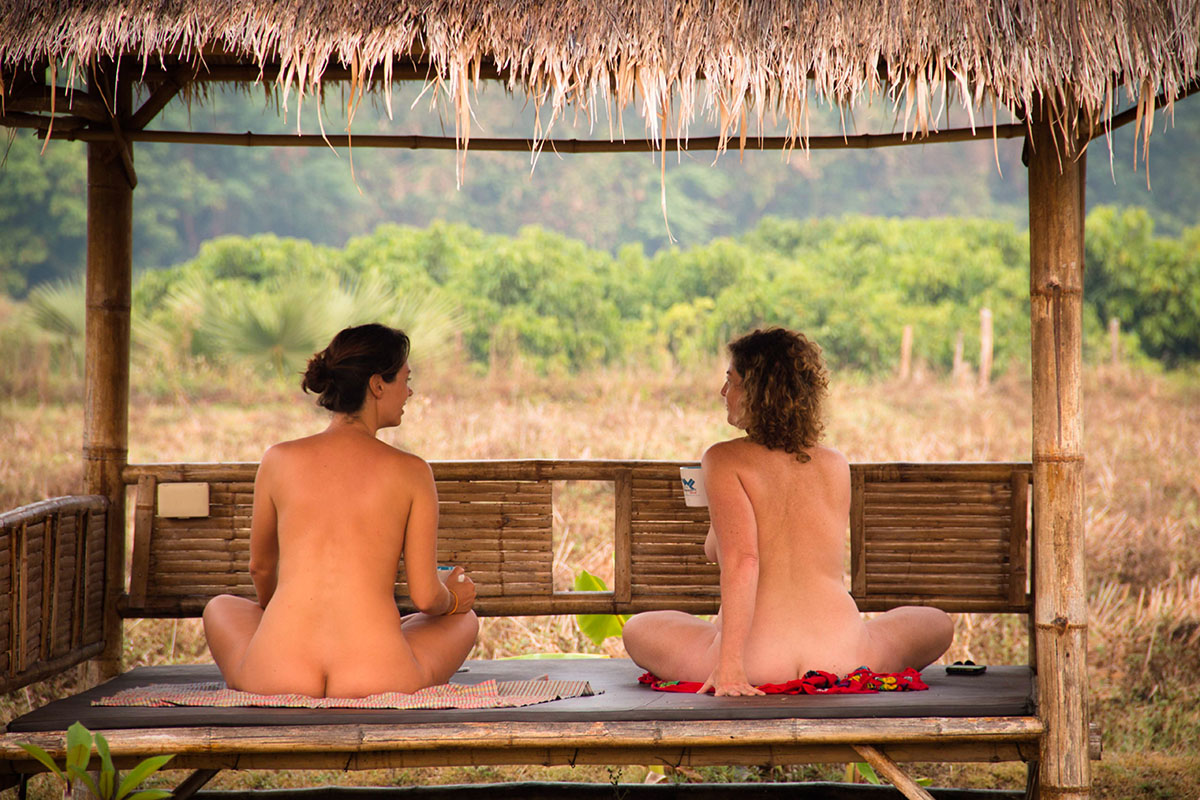 When we traveled to Asia at the end of 2017 in search for nudist options, we made a huge mistake. More specifically when we visited Sri Lanka and Bali.
Our idea was pretty simple: both are Buddhist places, a religion which is known for its self-development and for being quite open to other ideas and philosophies. Also, there’s currently a huge uprise of nude yoga. Yoga happens to come from Buddhism as well. When adding those two ideas, we figured that practicing nudism in Buddhist countries would be a walk in the park.
It certainly was not.
Apparently the Buddhist idea considers the nude body indecent and something that should be covered by all means. Being nude just for the fun of it was no possibility and even forbidden by law. When we did decide to get naked at a Sri Lankan beach we knew that we had to be very careful because it could get us in serious trouble.
One very interesting thing we noticed in both Sri Lanka and Bali was that we actually saw nude people from time to time. We saw them bathing in a river, sometimes only a couple of meters from the road. They were butt naked and didn’t seem to feel any shame at all. Similarly, Nick went to a (men only) public bathing place in Bali which was inside a temple. Also here, a bunch of nude people together like it was the most normal thing in the world. In fact, it probably was.
We concluded that nudity in these countries is in fact excepted, but only when it’s functional. Having an equal tan or playing some nude volleyball clearly isn’t an option. 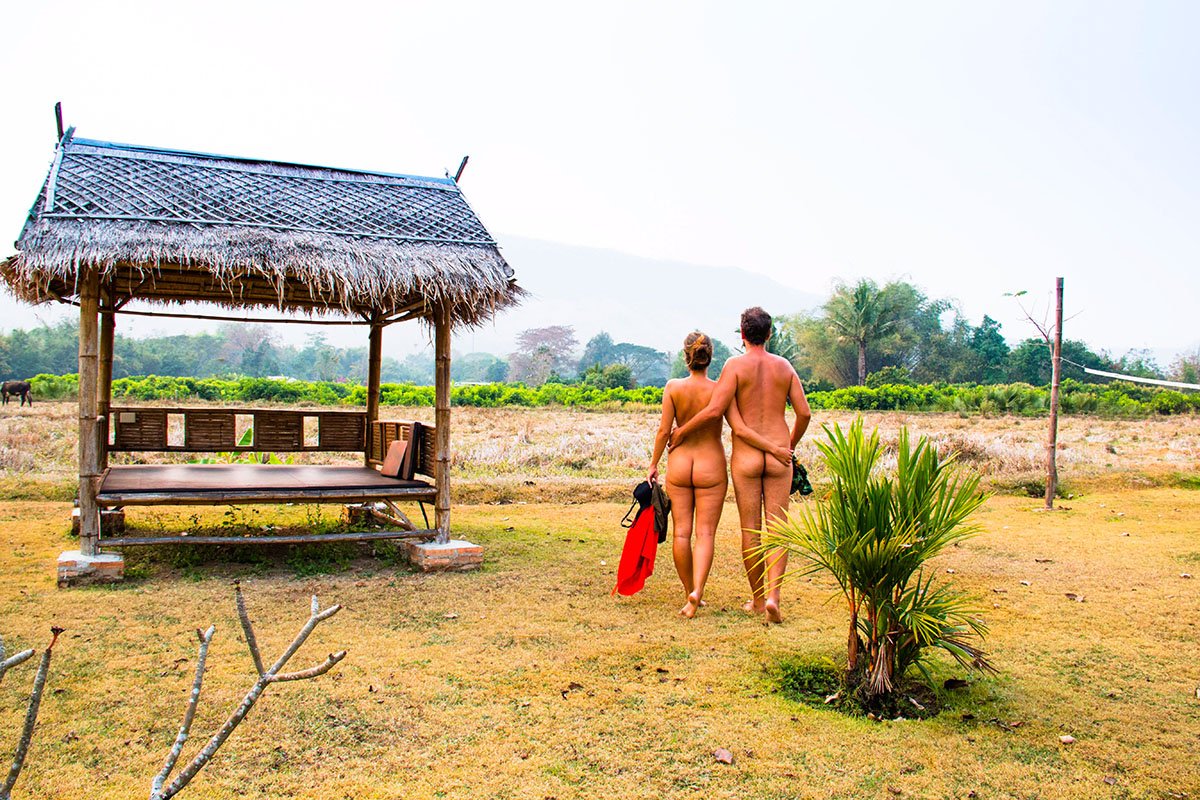 Bali does have one nudist resort called Au Naturel, which has been standing strong in a country where nudism is not allowed. But it’s certainly an exception.
The only country in Asia where naturism, as we know it is booming more than ever, is Thailand. The country has a strong and ever-growing naturist federation and when we visited Thailand in early 2018 there were 5 naturist resorts: Barefeet, Phuan, Chan, Lemon Tree, and The Oriental Village.
Today, about a year later, there are already seven. And the list keeps growing. We recently got the info that soon we’ll have to add Thailand’s first naturist beach resort to our Ultimate Naturist Guide for Thailand.
The Thai naturist federation works hard to find more opportunities, also in the form of events. There is already a monthly naturist trip to a deserted island near Pattaya and the yearly naturist conference NATCON is fully booked year after year. 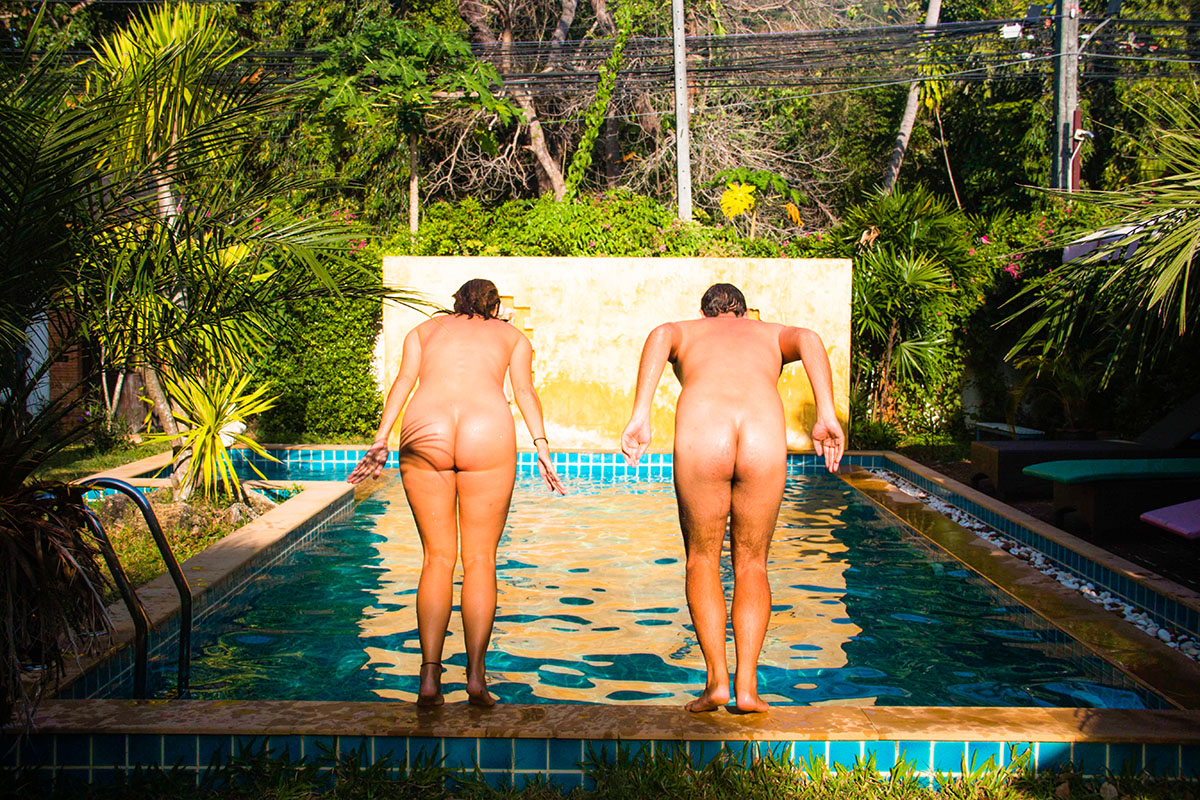 Social nudity in other Asian countries

There’s no doubt that Thailand is currently head and shoulders the top destination in Asia when it comes to naturist vacations. But that doesn’t mean that there is nothing else. The nude bathing culture in Japan for example. For many centuries the Japanese have been taking communal baths, often mixed gender, in their onsens. It’s a bit comparable with the sauna culture in northern Europe. There’s non-sexual social nudity but it has little to do with naturism or nudism.
It’s not surprising that naturists and nudists also exist in other Asian countries. During our visits to the naturist resorts in Thailand, we met several Indian, Malaysian, Korean, Chinese, Singaporean, and Indonesian naturists. Although naturism is forbidden in most of their countries, they do organize secret meetups and small events. Behind closed doors of course. 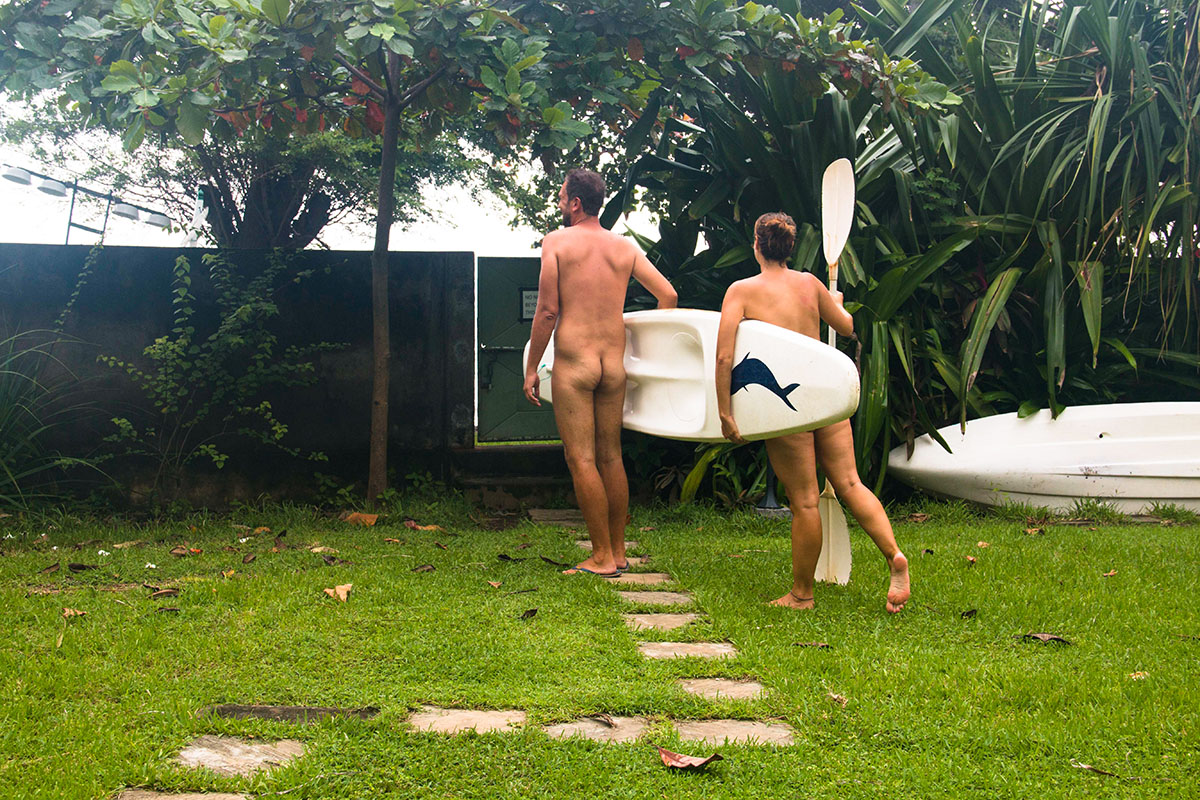 Naturism in Australia and New Zealand

The first time when we talked about naturism and nudism around the world, in our blog post called “Something about Cultural Differences” several years ago, we wrote the following line:

Honestly, we didn’t know much about naturism in Australia at the time and this was a thought we had about Australians in general. Now, we have to say that we know at least a bit more about the topic, and more than ever we stand behind that quote.

Just like in Europe and the USA, naturism in Australia hasn’t been evolving much in the last decade of the 20th century and the first one of the 21st century. But now also here it looks like the lifestyle is having a renaissance. A proof of this theory might be the Instagram account of Get Naked Australia which at the time of writing has more than 230 000 followers and contains numerous photos of young Aussies dropping their pants.

Interestingly, although Australia has quite a lot of nude beaches and clubs, most of the younger generation Australian nudists seem to prefer to get naked in nature instead. Or to join an event. The yearly Sydney Skinny Dip for example also has a lot of young participants.
New Zealand may not have the great nudist weather like Australia, nevertheless, the country has quite a lot of options in the form of nudist resorts and nude beaches. When it comes to natural beauty, New Zealand is one of the world’s top destinations. So it’s nudist spots certainly deserve a place on your (and our) bucket list as well.

4 thoughts on “Nudism and Naturism around the World: Africa, Asia and Oceania”