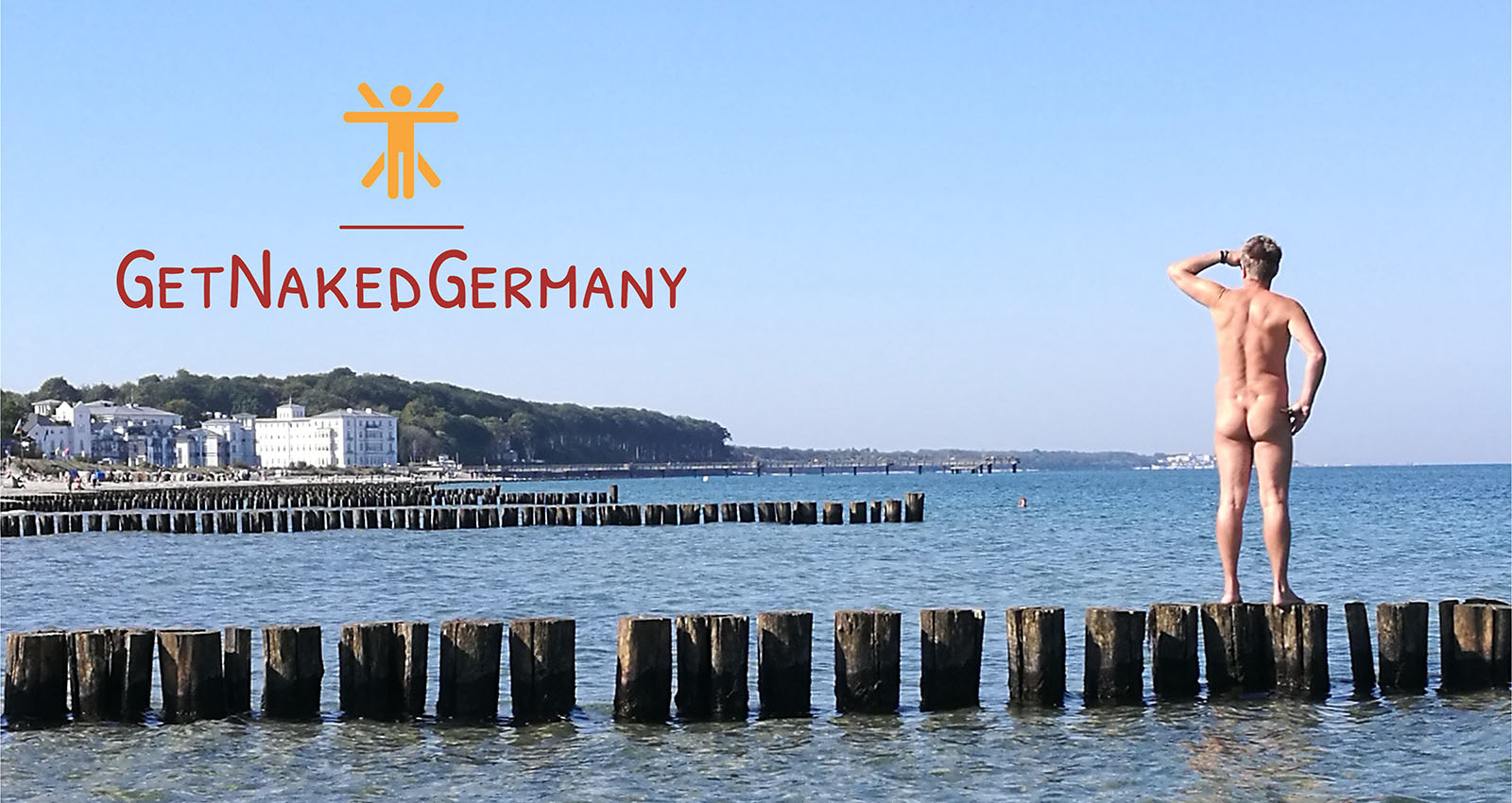 Everywhere we go, there always seems to be someone who’s completely convinced that naturism is declining. The clues are everywhere. Naturist federations struggle to get new members, naturist clubs see their average age rising, and newspaper articles report on how bathing suits have become the norm at communal showers. Our youth has become prude is a common conclusion.
We refuse to believe this. Something is happening, that much is sure, but we are rather convinced that naturism, or the experience of social nudity, is changing. Our most important clue is the uprise of grassroots naturist movements that happen outside of the “official structure” of organized naturism.
We count Naked Wanderings as such a project, as well as many other bloggers and vloggers. Then there’s the Universal Naturist Symbol, event organizers like Florida Young Naturists, and plenty of other movements that don’t originate from a club or federation, but from individual naturists. A rather new addition to the list is GetNakedGermany, and we had the chance to talk with the founder Sönke.
The complete video interview is currently only available on our Patreon Page.

When we heard the name, we obviously immediately thought about the super-popular GetNakedAustralia movement. Sönke agrees that this is where they got the idea when they were with a group of friends talking about how they could improve naturism in Germany. They even contacted Brendan from GetNakedAustralia to ask if they could use a similar name, and Brendan happily agreed.
Yet, they want GetNakedGermany to be different than the movement down under. There is also the option to upload your story and your picture, but that is not the main focus. The focus of GetNakedGermany is rather to promote naturism better to the general public. Another interesting difference is that GetNakedGermany focuses on “naturism”, or “FKK” in Germany, whereas GetNakedAustralia tries to not put a label on it.

Honestly, we were a bit surprised when we saw the movement pop up. For us, and probably many others, Germany is the one country where naturism is very alive. Naturism as we know it originates from Germany and the Germans are known to have a very relaxed attitude towards nudity. But apparently, we may be looking at this through rose-tinted glasses.
Sönke tells us that the term “FKK” (“Freikörperkultur” or free body culture) is more and more being taken over by the swingers community and that the atmosphere has been changing negatively in the last decades. He gives the example of a small town north of Berlin where the 7 surrounding lakes were commonly used for nude bathing. But recently, the local council decided to make them textile only. Another example is the German Baltic coast, where some of the nude beaches have been declared clothing-optional and where the naturists feel as if they are being pushed away.
Sönke and his friends were disappointed about how the German Naturist Federation (DFK) seemed to do nothing to prevent this from happening, so they felt the need for decent PR about naturism and to create a new lobby to protect naturism in Germany.

Of course, starting an organization is the easy part, actually making a change is much more difficult. So we asked Sönke how he sees GetNakedGermany influence the current situation in Germany. He tells us that an important first step is to make GetNakedGermany a legal institution because that is the only way to be recognized by the authorities.
Another important step is to become present and known. Thanks to modern technologies, creating your own presence is easier than ever. So they plan to highly focus on social media, but also on traditional media by sending out press releases to the newspapers. Only by using the mainstream channels, it’s possible to widely spread a message.
Unlike what many people think, naturism or nudity are not considered a right in Germany but are only allowed in specific places. Making naturism generally accepted in Germany is one of the long-term goals of GetNakedGermany. By changing the law from “naturism is generally prohibited except at these places” to “naturism is generally allowed except at these places”.

Earlier in the interview, Sönke mentioned that he was disappointed in the DFK for not doing more for naturism. This somewhat surprised us, because some months earlier we had met Sönke in real life during the INF-FNI congress in Slovenia where he was as a representative of the DFK. So we wondered what the connection is between the DFK and GetNakedGermany.
Sönke tells us that it’s largely a personal relationship. As he does the PR for a naturist association near Kiel (northern Germany), he was sent to the general assembly of the DFK. During this visit, he talked with the other members about GetNakedGermany and found that the idea was quite being welcomed. He also learned that the vision of the DFK is rather to support its member associations and not to promote naturism in general.
Obviously, there is a gap between what the DFK is and what people think it is. A gap that we personally also strongly felt about the INF. The DFK does realize that they are missing out on opportunities and invited Sönke to support their future workshops on how to grow naturism in Germany.
Sönke sees GetNakedGermany mostly as an addition to the DFK, by focusing on every naturist instead of only the members of the associations. This is typical for all these new grassroots movements. They are for everybody and want their words to spread as widely as possible. Of course, GetNakedGermany could be beneficial for the DFK because it could eventually bring members to the federation.

Bringing the movements together

Other than GetNakedGermany, Sönke is also an ambassador for the Universal Naturist Symbol. He tells us that when he found out about the symbol, he found it a brilliant idea to increase a global community of naturists. Sönke compares the symbol to the rainbow flag for the gay community. In the beginning, nobody knew what it meant. But now it has been generally accepted. If the same process happens for the Naturist Symbol, it will hugely help create awareness about naturism.
We do notice that while the Naturist Symbol got a lot of online presence at the beginning, its popularity seems to be stagnating. This is, unfortunately, also common for grassroots movements. They get picked up at an early stage and are trending for a while, but then it becomes hard to keep the snowball rolling. Many other “GetNaked” movements got started following the wave of visibility of GetNakedAustralia, but most of those don’t seem to exist anymore. A reason for that is that these are all individual projects. So we asked Sönke if there are ideas to bring these movements together. Maybe to create a GetNakedWorld.
Sönke tells us that another reason why these GetNaked movements fail after a while is that they totally focus on collecting pictures and don’t have a decent strategy for the future. But he also agrees that with Zoom and social media, it has never been easier for movements to connect. So maybe someday, they will get together under a mutual umbrella of a global naturist network.
Could the INF be this umbrella? Maybe in a new and improved format, the International Naturist Federation could very well do that. But then all the federations will need to start working for more than just their members. The traditional concept of organized naturism has become outdated, and one can’t expect from the grassroots movements that they will adjust to this old concept. Once the federations modernize, there are definitely options for everyone to work together to promote naturism worldwide.
Follow GetNakedGermany:
✅  Their website: https://www.getnakedgermany.de
✅  Twitter: @GermanyGet
✅  Facebook: @getnakedgermany
✅  Instagram: @germanygetnaked
Watch the complete interview on our Patreon Page.

5 thoughts on “GetNakedGermany: A Chat with the Founder”