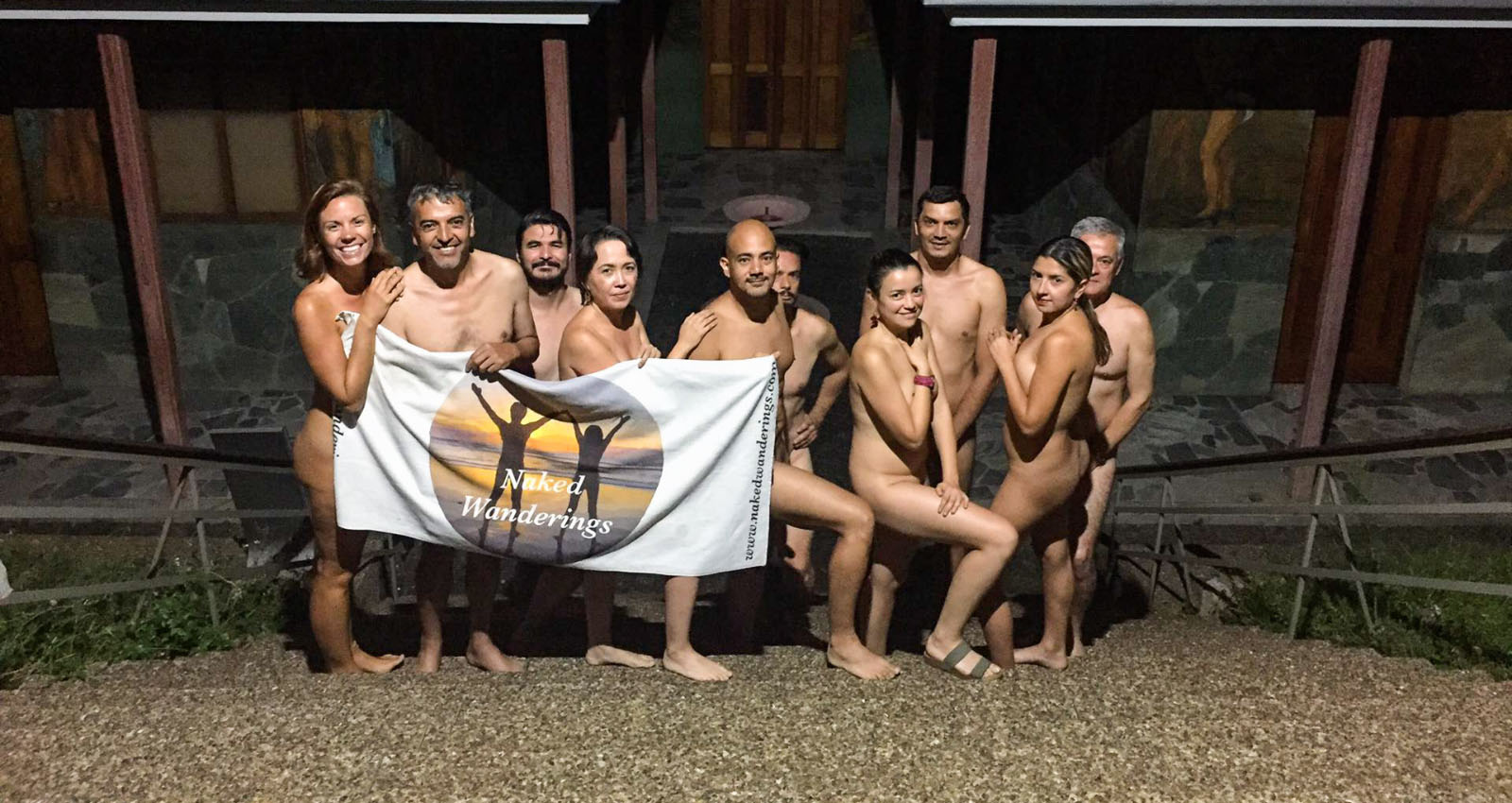 Last month, Naked Wanderings turned 4 years old. Our blog isn’t a baby anymore. It’s not even “just” a blog anymore. It has grown to a resource of ideas, thoughts, and information about naturism and nude vacations. For the last 4 years, we have dedicated a significant part of our lives to the promotion of naturism. Today, it feels so natural. It’s what we do, we’re always searching for new naturist spots, new insights, and new ways to enjoy our clothes-free way of living.
It feels so natural that we would almost forget how it all started. Last week, we were contacted by a writer for CNN Travel magazine. It wasn’t the first time that we gave an interview in the media about who we are and why we decided to appear butt naked on Instagram. We were happily surprised that the questions of the CNN reporter went deeper than “are you naked right now?” or “what’s the weirdest thing you’ve ever seen at a naturist place?”. She wasn’t looking for gossip or cheap entertainment, she really wanted to write a quality article about naturism and nude traveling.

Why Naked Wanderings got started

We absolutely love that our story got featured on CNN. Not because we’re media-obsessed, but it doesn’t often happen that mainstream media want to put naturism in the spotlight. Funny enough, that was exactly our goal as well when we started Naked Wanderings.
When we experienced naturism for the first time, there was only one thought that got stuck in our heads (other than “damn, that was awesome”). We wondered why nobody had ever told us about this. All this time, we’ve done pretty much everything with clothes on. We even put clothes on to go into the sea or the pool. Swimming with clothes, it sounds so awkward today. And now, it felt like someone had left the gate to the garden of Eden open and we had somehow managed to sneak in. We had learned about a whole new way of behaving, about non-sexual nudity, and it seemed like we were among the very few who knew that this exists.
Not one of our friends, colleagues, or family members had ever talked about naturism. Or any other form of social nudity. When we went out to discover more naturist places, it even seemed like very few of our own generation knew about its existence. Even our good friend Google wasn’t able to tell us about naturism in the way that we had been experiencing it. It was time to change that.

The idea of a long term world trip was already playing in our heads for a while. So was the idea to venture out to learn more about naturism. This appeared to be the perfect opportunity to start spreading our ideas. We wanted other people to experience naturism and also think “why didn’t anyone tell me about this any sooner?”. We wanted to counter the old fashioned information about naturism and give a fresh perspective.
Most of all, we wanted nude vacations to become something you can talk about without shame. There shouldn’t be a single difference between saying “I went shopping today” or “I went to the nude beach today”. Between telling people about the boutique hotel that you stayed at in London or the clothing-optional resort that you visited in Mexico.
Meanwhile, because we were going to stay at naturist places around the world, we could also help those who already enjoy naturism. We’re always surprised when we talk to people who have been naturists for much longer than ourselves and who don’t have a clue about what the naturist travel world has to offer. “A hotel for naturists? Really? I thought that there were only nude campgrounds”. The lack of decent information was obvious, and we were determined to fill it.

One of the great things about running a blog is that you live more with your eyes wide open. Blogging comes with responsibility. Twice a week, a new blog post needs to be published. New insights need to be displayed and new angles need to be uncovered. Preferably also in a way that people actually enjoy reading. And then we’re not even talking about social media yet. It may sound like a lot of work (and it definitely is), but it also encourages us to listen to people and to experience new things.
When we started with naturism, we mostly enjoyed the freedom of being nude. Physically, by not being restricted in our movements and mentally, by enjoying life outside of our comfort zone. Then came the positive effect that social nudity has on the way that we look at our own bodies. And we didn’t even have any particular issues with our bodies. When we heard how other people conquered psychological problems just by taking off their clothes, we realized that naturism is much more than a fun pastime. That it actually helps people.
Although we started out with the simple goals of helping naturists find new naturist places and putting naturism in a more positive light, we now noticed that our purpose got much bigger. We were helping other people feel better about themselves.

Why we keep promoting naturism

Our project became perfect. We couldn’t think of a better way to spend our days: Nude and traveling. Our two passions combined. And along the way, we were helping people in many different ways. It’s a dream that came true…
But you know what they say about dreams. A couple of months ago, we noticed a flaw in our perfect project: It was completely built on the perception that we can always jump on a bus, train, or plane and end up in a new place where we find new naturist venues, meet new naturists and get new impressions. Who would have guessed that this would suddenly stop?
Luckily, naturism is about much more than sunny nude beaches and awesome naturist resorts. Even if we’re stuck in an Airbnb room in Belgium, with a cold winter quickly coming towards us and no idea about when we’ll be able to hit the road again, we still have lots of other ways to talk about naturism and to inspire people.
Even if you can’t travel right now, even if you can’t go to the spa and even if all nude events get canceled, you may still have had a great time reading this blog post. Or one of the many others that we’ve written. Maybe we’ve helped you to feel good about yourself or maybe we’ve only put a smile on your face. For us, that’s reason enough to keep doing what we’re doing.