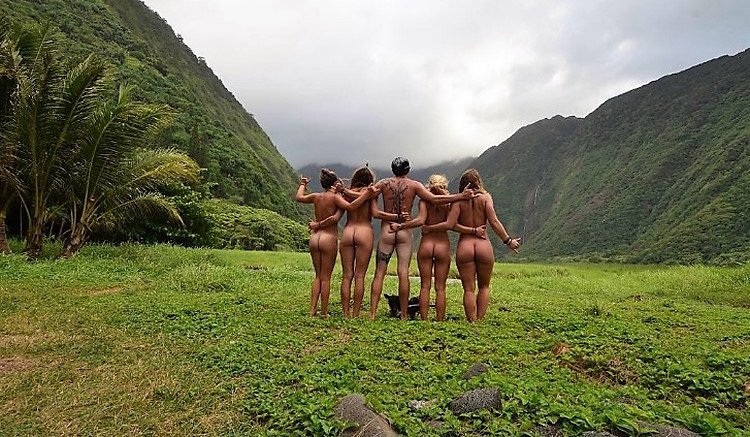 So, we’ve been writing about all the different aspects of nudism for the last 10 months and suddenly we feel the urge to explain to you what nudism really is? Not really. Actually we’ve already done so months ago in our article So what about nudism?
Then why are we tackling this subject again?
The reason is that we receive many e-mails from readers who have questions or doubts about what it really means to be a nudist. About nudist communities, nudist etiquette or what it means to be a nudist.
“I only go naked to get a decent tan, am I a nudist?”
“I like to be naked at home but not in public, am I a nudist?”
“What does it mean to be a nudist?”
“Which rules do I have to follow to be a nudist?”
“How do I become a nudist?”
“I like to be naked among other nudists but don’t want to share my nudity with textiles, am I a real nudist?”
We’d like to start with saying that “nudist” is just a word, a term. It’s a way to categorise people, which in fact we don’t like and which is also against one of the ideals of nudism.
It’s like when we tell you that we have a ball in our hand. Everyone of you now will get an image of the ball we have. Some will think it’s a big ball, others will think it’s a small one. You could imagine a football, a basketball, a tennis ball or the ball the dog runs around with. So everyone will imagine something different for exactly the same word and yet you’ll all see a round object.
It’s the same thing for “nudism”. There is no complete definition of being a nudist. There are only some characteristics.
Before we continue, please note that in this article you can replace the word “nudism” with “naturism” if you like, we’re handling both terms as equals. 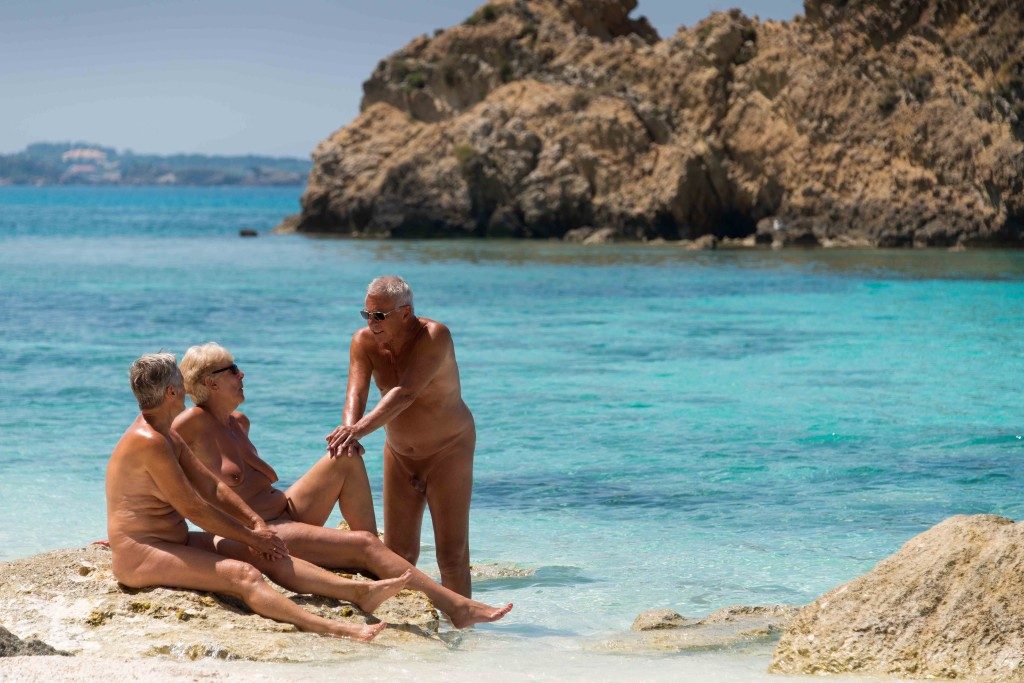 The definition of nudism (or naturism)

What do we do if we want an explanation? We ask WiKi:
“Naturism, or nudism, is a cultural and political movement practising, advocating, and defending personal and social nudity, most but not all of which takes place on private property. The term may also refer to a lifestyle based on personal, family, or social nudism.”
We’ve reread this definition five times and we still have no idea what it means. It doesn’t answer any of the above questions either. We’re sorry Wiki, but you’re letting us down on this one.
So let’s ask someone who does know: The INF (International Naturist Federation). They describe nudism as follows:
“Naturism is a way of life in harmony with nature characterised by the practice of communal nudity with the intention of encouraging self-respect, respect for others and for the environment”
That sounds more like it… or at least it’s more understandable. And they gave us a couple of characteristics: As a nudist you have to live in harmony with nature, you have to be socially nude and you have to focus on respect. When many nudists read this they must realise that they’re probably not a “real” nudist. The term “home nudist”, for example, suddenly doesn’t seem to exist anymore. Even though we admire what the INF does, their definition of nudism dates from the 60s and is seriously outdated.
So we look further… The best definition we could find was in the book The Complete Guide To Nudism, Naturism and Nudists:
“Naturism is the enjoyment of getting as naked as possible, wherever and whenever appropriate, alone or with others, just for its own sake.”
Now that’s what we wanted to read. This definition answers some basic questions: What? Getting naked. Who? It doesn’t say, so it can be everyone. Where: everywhere appropriate. Why? Just for the sake of being naked. Only the “When?” part we don’t really agree with because it implies that nudists want to be naked whenever they get the chance, which is not always true. At least not in our idea of nudism. 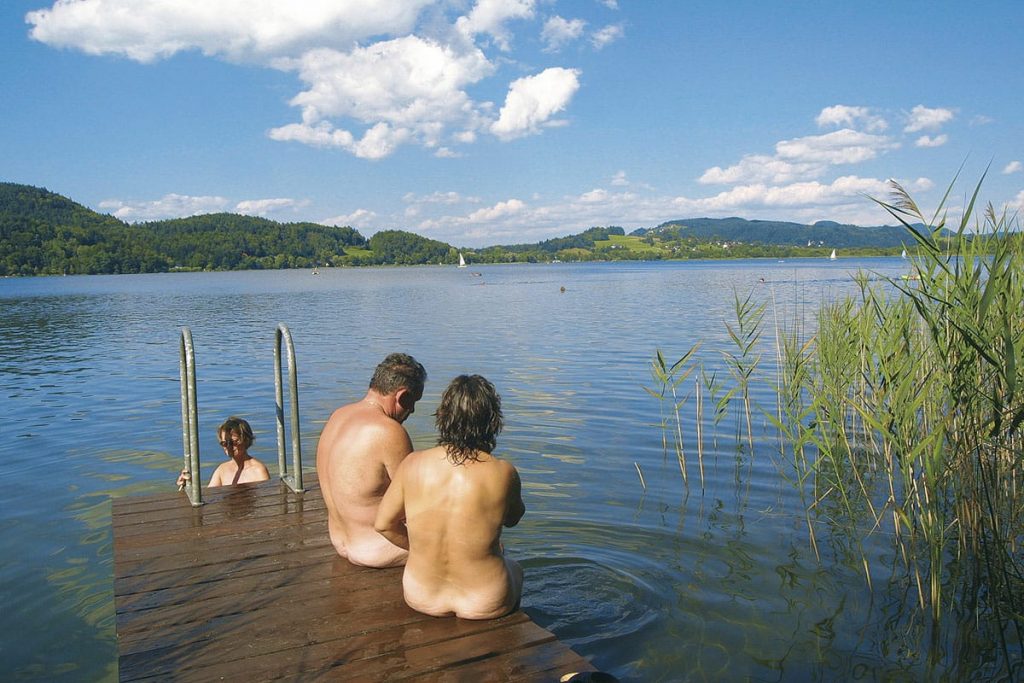 The characteristics of nudism (or naturism)

The definition by The Complete Guide already says it: The main characteristic of nudism (the What?) is the enjoyment of being naked. If the object in your hand is a rectangle, it can’t be a ball. If the person in front of you doesn’t like to be naked, he or she can’t be a nudist. Period.
All the other characteristics only define one (or a group of) certain nudist(s). Nevertheless, let’s go through them.
Who? This is something every nudist agrees on, every person can be a nudist. Age, size, race, body shape, skin colour, country, profession, wealth,… do not matter. The Indian kid in the slums of Mumbai is as much of a nudist as the CEO of some major company in Manhattan. As long as they both realise that they enjoy being naked.
Where? The definition says “wherever” appropriate. This doesn’t necessarily mean wherever allowed. Many nudists like to go skinny dipping in some nearby lake, but they will try to make sure that there are no others around, or at least nobody who could be offended. People who like to go naked on public places where it’s not allowed are most likely exhibitionists. When we’re at a designated nudist place, we will always be naked. Does this mean we have to spend as much time as possible in such places? This brings us to the next characteristic.
When? All nudists agree that nudism is about freedom, but we don’t think it’s about the freedom of being naked (although it’s a very liberating thing to do). We believe that it’s about the freedom of choice. We can choose whether we want to be naked or not. Ourselves, and many other nudists, don’t feel the need to be naked every possible minute. Sometimes we like to stay clothed, mostly for the convenience of not having to undress/dress ten times a day or because the weather doesn’t allow it. That’s perfectly fine, but we don’t go to nudist places if we don’t feel like being naked. 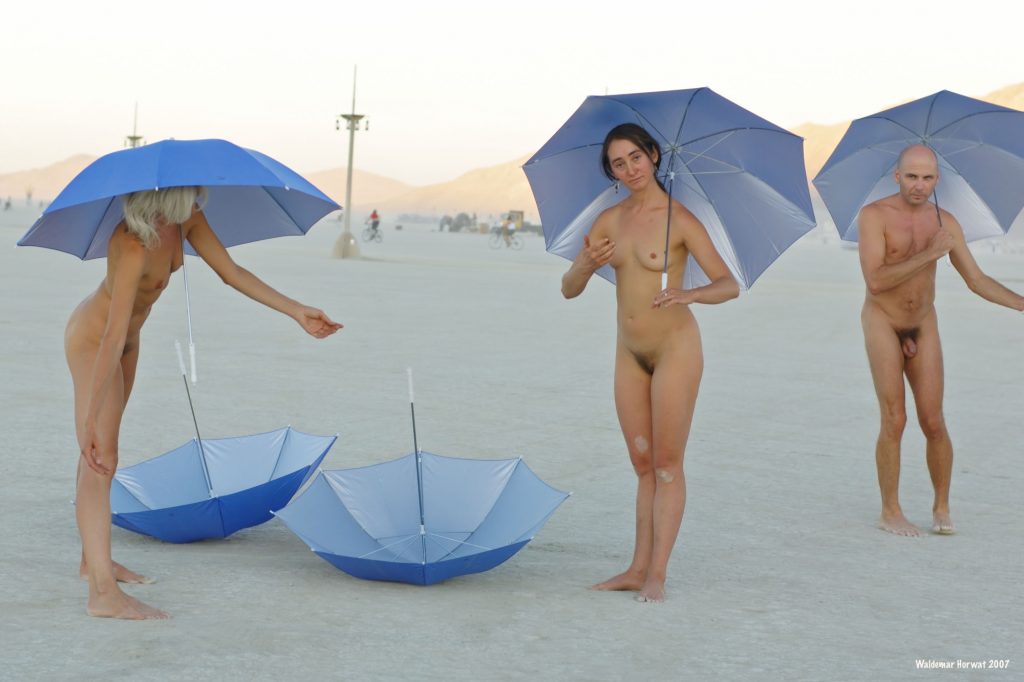 Why? This is the most difficult one to define because nudists have hundreds of different reasons to do what they do. The most common ones are comfort, freedom, equality, body acceptance, the connection to nature, environmental reasons or health reasons. But it doesn’t matter. Even if you have no specific reason at all, if you like to be naked, you’re a nudist.
With whom? Nudism is often described as a social thing, and that’s also how it’s generally known. The act of being naked among others. But that’s just half of the story. You can be a nudist and not enjoy the company of others. Or if you live in a country where nudism is illegal, it can happen that you just don’t have a place to be socially nude. Does that mean that you can’t be a nudist? No! Everyone can be a nudist, even if you only like to be naked on your own. 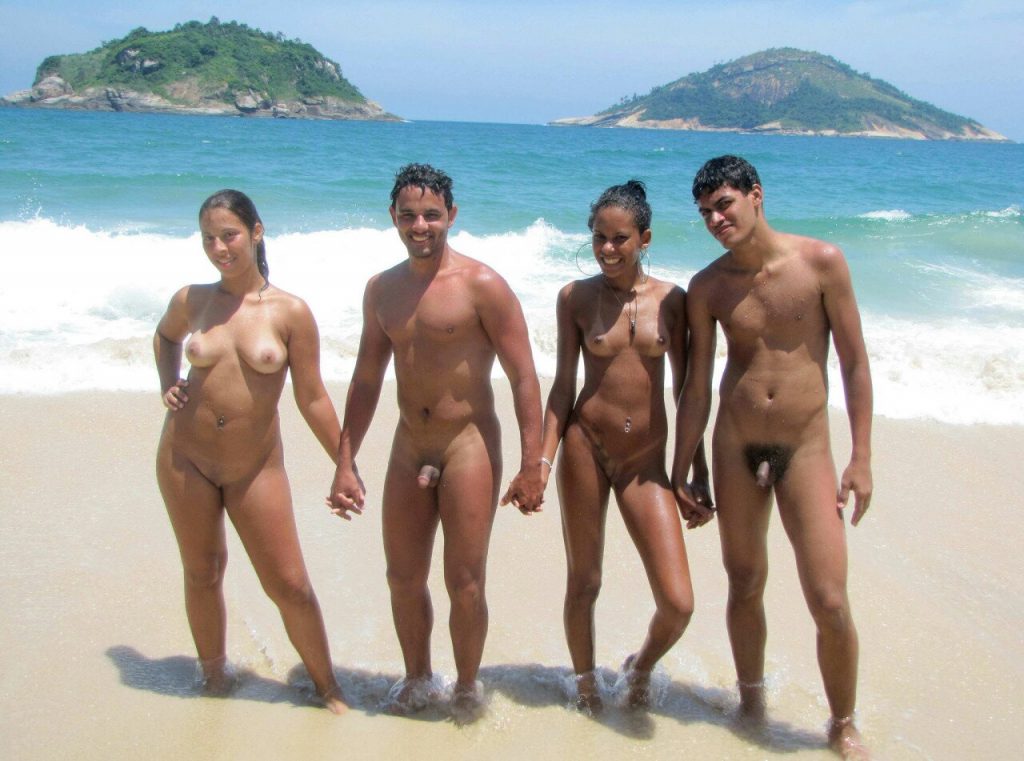 The anti-definition of nudism (or naturism)

Wow, this is becoming a long piece so we’ll keep it short. Just stick with us for another minute.
So if we had to define nudism, we would just say:
“The joy of being naked”
And that’s it.
But what if you don’t want to be called a nudist?
For many of the younger generation, the term “nudist” refers to a bunch of retired people hanging around naked on a patch of grass behind a huge fence. And “naturist” makes them think of some hippies worshipping mother earth and singing peace songs naked around a campfire. They don’t want to be called nudist or naturist.
Well, let’s get back to our introduction. “Nudism” is JUST A WORD.
There’s no need to categorise yourself. If you like to be naked you can call yourself a nudist, a naturist, a nudie, a bare, a gymnosophist, a naturalist, a bare-ass, a nude, a raw, a sun worshipper or nothing at all. It does not matter.

What’s your definition of nudism (or naturism)?