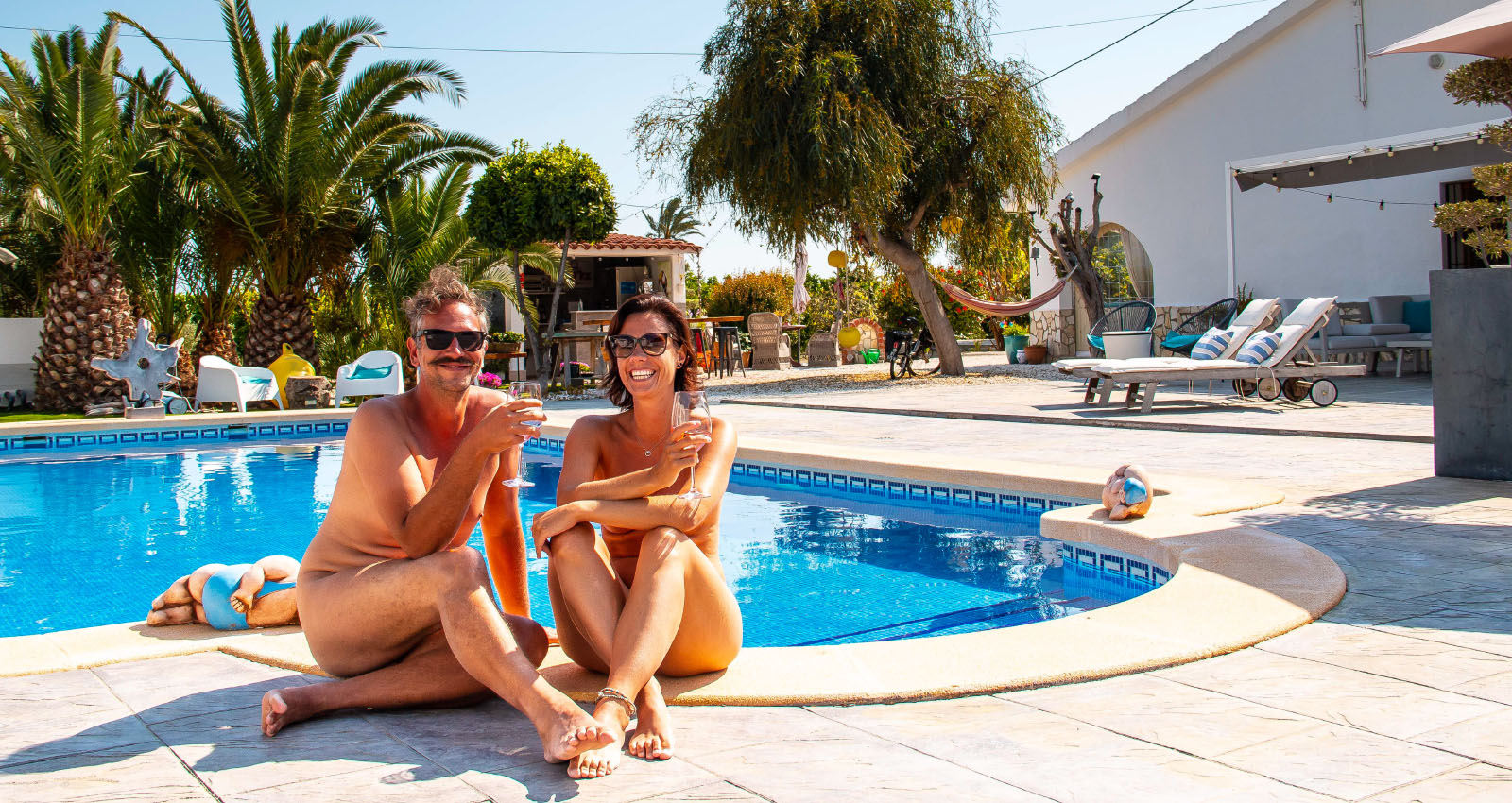 Cypress Cove in Florida, one of the USA’s most popular nudist resorts, recently appeared in a new Netflix series called Worn Stories. Something we very much applauded, even before having seen the episode. Every time that naturism appears in mainstream media, it’s a step forward to normalizing nudity. It’s yet another time that our voices are heard and that people get to see what naturists do and what they look like.
But naturism in the media is not what this blog post is about. We did watch the episode and it was pretty interesting. Shortly summarized, it talks about those specific pieces of clothing, of which everyone probably has a couple, that are permeated with memories. A wedding dress, or the shirt that you wore on your first job interview, your first concert, or when your baby was born. And, interestingly, the series also puts a focus on people who value their own skin over clothing.

We believe that one reason why teenagers often turn away from naturism is that they are building their identity and because clothes have a very specific role in that process. When we were kids, there were several different cultures in the classroom. There were the skaters who wore baggy pants and listened to Limp Bizkit, the punks had mohawks and anarchy signs stitched on their torn jeans, the emos were all dressed in black and recited poems of Edgar Allen Poe, the snobs wore Ralf Lauren shirts and listened to pop and dance music, and so on.
We felt a very strong connection to others within our culture. Within seconds, we could become best friends with kids we had barely met, while we grew distant from the neighbor kids with whom we had played our whole childhood. All because of our new identity.
If, back in the day, our identity would have been naturist and our preferred choice of clothes would have been no clothes at all, we would have been standing alone. Which is the biggest fear of every teenager: not fitting in.

Interestingly, the very first line of the very first episode of Worn Stories is “community is everything we have here”. Not surprisingly, it comes out of the mouth of a naturist. They continue by talking about friendship and fellowship. Basically, the exact same things that we were valuing so much when we picked our culture many years ago as a teenager.
You’ll often hear naturists talk about how connected they feel to others when they are at a naturist venue. How everyone is so accepting, welcoming, and friendly. A lot of this has to do with having a common ground. More specifically, a common ground that isn’t exactly socially accepted. If you’re into tennis, you’ll probably also feel a close connection to others at the tennis club. But if you walk into a regular bar in your tennis outfit, you’ll still get the chance to talk about your passion. The others may not care all that much, but it wouldn’t be very awkward.
As naturists, we miss that second part. We can’t just walk naked into any bar. Most of the time, we (feel like) we can’t even talk about our passion to anyone else except other naturists. Which, we believe, makes the feeling of belonging and connection among naturists even much stronger.

When you’re going to a naturist venue, you can be pretty sure that you’ll find like-minded people. You’ll find people who think that it’s ok that you are naked, who will probably be naked as well, and from whom you can expect that they will not be commenting on your appearance or make sexual connotations. Shortly: That you can expect a certain level of mutual respect.
Most often, you’ll also find people who are concerned about the environment and who are open-minded. In fact, this is what attracted us a lot to naturism when we were taking the first steps. We found people who could imagine the world as we did. We had always believed in thinking out of the box and questioning the rules of society, long before we became naturists, but often ran into a wall of ignorance and misunderstanding. Just because naturism is already something that doesn’t really fit in the general idea of a society, we found that most naturists could also enjoy a broader context.
Just like back in the day, our dress code is the easiest factor to identify us on. But it’s not all about a set of clothes, or no clothes at all. Our Naked identity includes a lot more than just being naked.

The naturist in the outside world

In our teenage years, our outfit was perfect to show strangers in a glimpse what our ideas and values were. And that didn’t stop after puberty. Even today, people use clothes and gadgets to define their identity. A person who rides a bicycle in New York is likely to have different world views than those who take taxis. Or those who ride a skateboard, or take the subway, or have private transportation. The woman in the Armani suit will probably have different things on her mind than she in the hoody with the Cannabis leaves.
How do we express our naked identity in a clothed world? Recently, the Naturist Symbol gained quite a lot of success and was presented as, among other purposes, a way for naturists to recognize one another. But unless it becomes as widely accepted as the rainbow flag, we fear that it’s not going to do the trick.
Another important question is if we, as naturists in a clothed world, have actually developed a dual identity. An “inside one” and an “outside one”. Might that be the reason for that other strong feeling that we experience when we arrive at a naturist venue, the sense of freedom or liberation? Stuff to think about on a rainy afternoon.

5 thoughts on “Our Naked Identity”