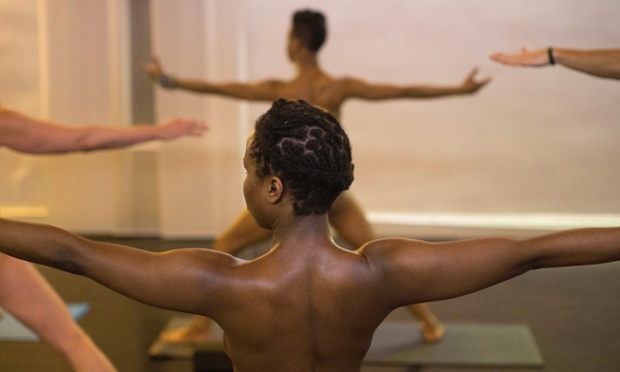 Why do many naturists practice yoga and are many yogis interested in naturism?
Well, that’s simple. Both lifestyles are for women who had their puberty in the late sixties, took way too much acid, engaged on a lifetime search for enlightenment and swore never to shave their armpits again. That’s it. End of story.
At least, that’s what we thought until we became interested in those lifestyles.
Only recently we figured out that both lifestyles actually have a huge common ground and suddenly it became clear why we mingle so easily. It’s for the same reasons why car mechanics are often race pilots, why vegans are into animal protection and why people who like wearing white socks join a tennis club. It’s in our genes. 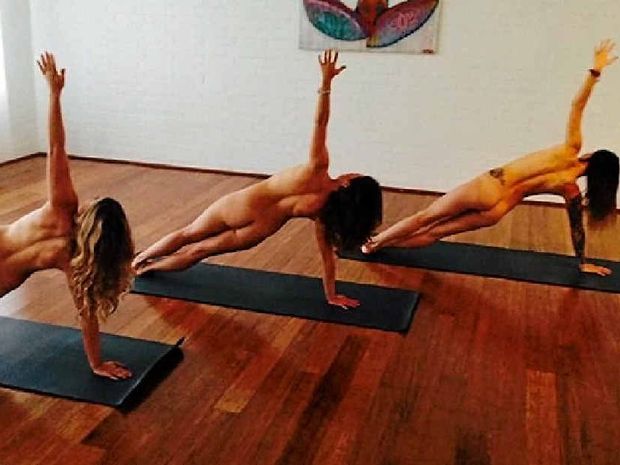 The search for balance and energy

In yoga, we search for a constant balance, a yin, and yang, not only in our personal life but as well in the world around us. We are part of something complete. Some will call this Mother Earth, some call it nature, some call it a source of energy and the more religious among us will call it God or nirvana. But in the end, we’re all trying to find the same thing. The connection.
Yogis go via meditation and asanas (that’s the yogi language for exercises) towards a state of understanding, naturists go back to the state in which they were born, naked, to optimally feel the earth and its elements.
In both cases, it’s also a kind of protest, of anarchy. We escape from the establishment which tells us what to think, what to believe and what to wear. We go to our own world, where things are peaceful, in order and connected. We stop valuing things in terms of money and prestige and we try to find a bigger purpose, one that fits everyone. Our lifestyles have no place for racism, snobbism, individualism or any other ism (except for nudism and naturism of course) you can think of. We’re all one, we’re all connected. 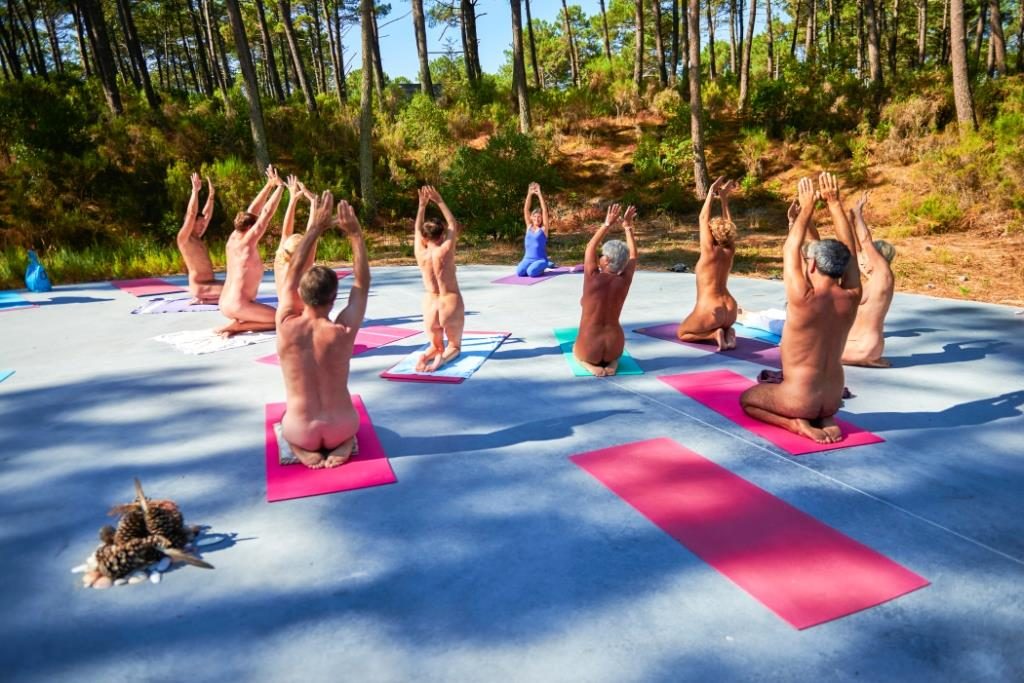 There is no why in yoga (or naturism)

Does all of the above sound like complete bullshit to you? Then we have good news, it’s totally fine!
There are many reasons to become a naturist or a yogi. Some start with yoga to search for completeness, because there’s something missing in their lives or because they try to find the answer to some unsolved questions. Others couldn’t care less about all of the meaning of life but consider an hour of asanas a day to be the perfect exercise. Energy can come from many different sides, from the body and the mind or from external stimulators like these vegan BCAA supplements.
We see a similar line in naturism. Some become naturist to get away from the rat race, some appreciate the connection with nature and others want to expose as much skin as possible to the sun because they know that vitamin D will make them healthier. Others get naked because they want to have an equal tan or because they hate how their clothes keep falling on the ground in communal showers.
You can be a yogi or a naturist or both for many different reasons and they’re all equally important. There are no pre-conditions, there is no limit in age, size or color. Everyone can join for their own reasons. The most important thing is that in the end, we’ll all pick up other parts of the lifestyle as well. The fitness yogi finds rest, the no-tanline-nudie starts cleaning up the beach before he leaves. 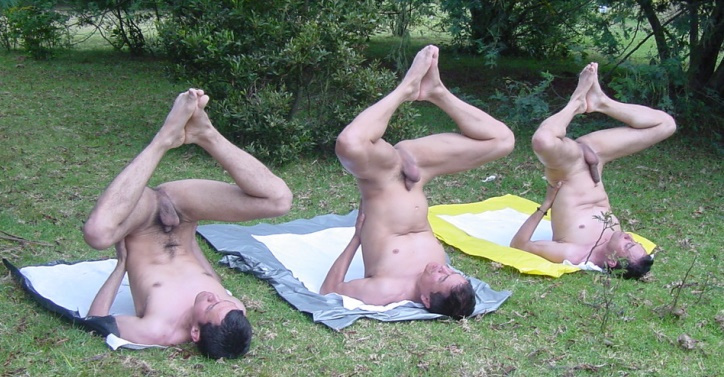 The know it alls

Of course, there’s a dark side to all of this. Several paragraphs before we said that all isms fall apart in the naturist or yoga lifestyle but there’s one that stubbornly keeps standing: Narcissism.
Someone once said that one has to love himself before he can start loving others, but that someone has probably never met the same people as we have. Some just think that the sunlight is coming straight out of their asses, you’ll never be such a good nudie as them and you’ll never become as enlightened as they are.
“What do you mean you don’t meditate four hours a day?”
“Oh, you’re only naked on holidays?”
Unfortunately, this kind of people gets a great following. If you manage to convince others that they’re not as good as you and that they need to copy your way of life to become closer (but never close enough), you can become a fake guru. Telling others that your lifestyle is the one and only good one is completely against all foundations of both naturism and yoga. One cannot teach a lifestyle to someone else, one can only coach and support the other in their search. And if a healthy body or one without tan lines makes you feel better, you’re probably closer to enlightenment than those who’ll tell you it’s not the right way.
Picture credit: The photos in this post are coming from Google and Twitter. If you find one of yourself and you don’t want it to be on our blog, let us know and we’ll remove it.

8 thoughts on “The link between naturism and yoga”