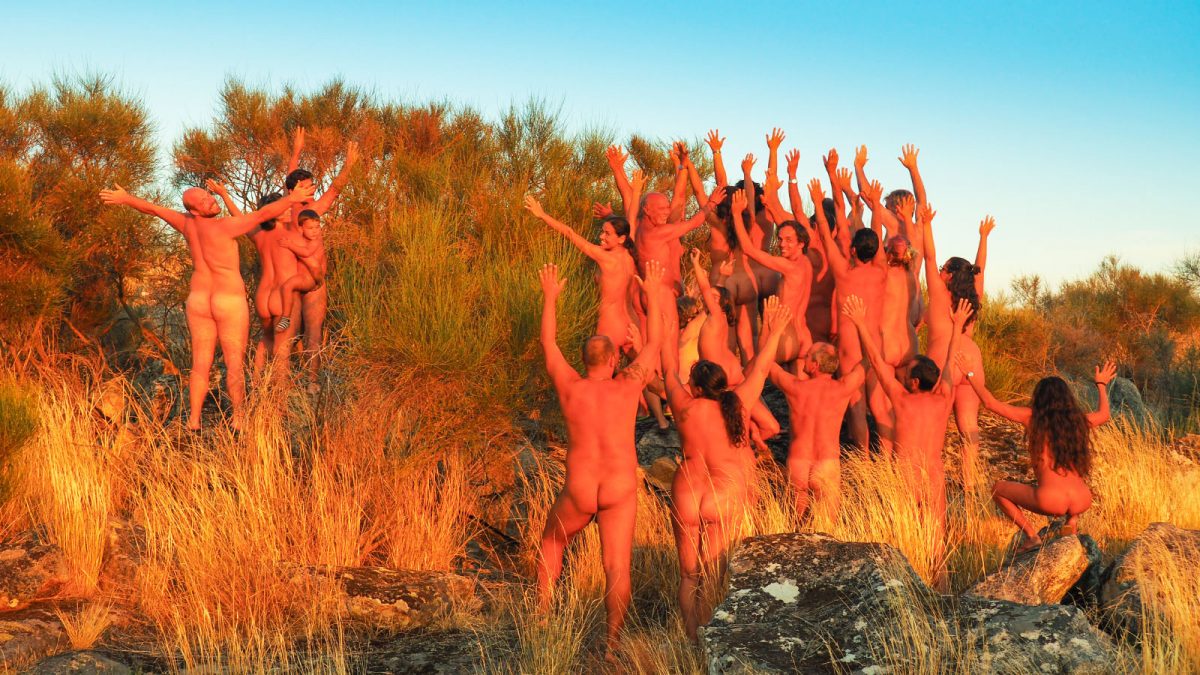 We have to admit, the first moment when we walked into naturist campsite Quinta Do Maral was something many might call… ehm… a bit awkward. We had parked our car, walked to the reception, and in the distance, we spotted a group of about 25 naked people. Nothing particularly strange for a naturist place, except that all of them were in an intimate embrace.
There is a reason why we didn’t mention this in our review of Quinta Do Maral last week. This was not just a regular Saturday afternoon at the campsite. We had arrived at Naturalis 2019. Several hours late, which explains why all the others had already started their weekend full of yoga, mindfulness, inner growth, and of course naturism. What we had seen was nothing else than an exercise about body energy. 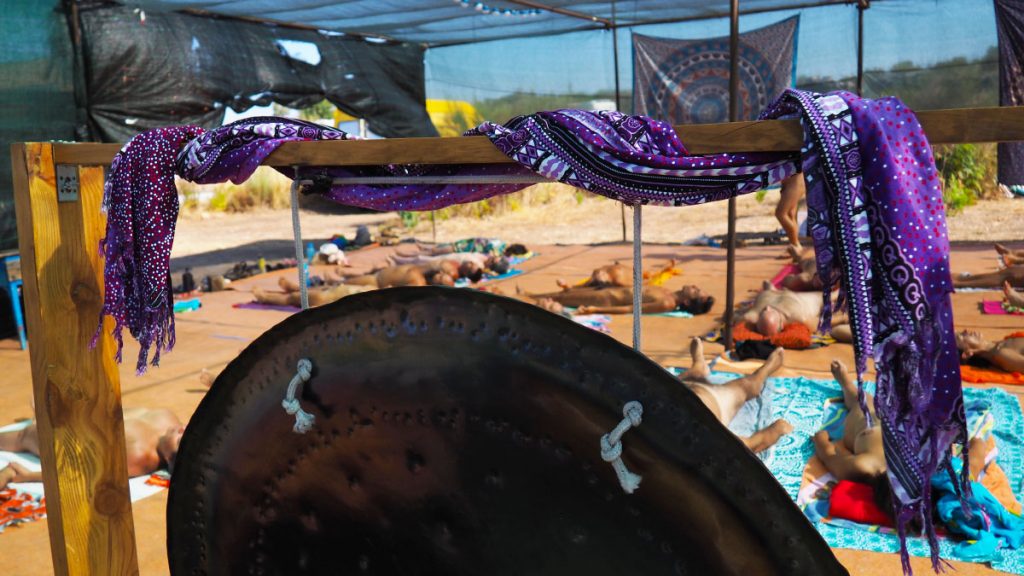 Inês and Marco had an idea. They wanted to combine their previous experience in organizing yoga and wellness retreats with their passion for naturism. When they discussed this plan with Paula and Nuno from Quinta Do Maral, they didn’t only find two engaged co-organizers for the project. At the same time, they also had the perfect place to organize their first event: Naturalis 2018 in a magical naturist setting at the foot of Marvão hill.
Naked yoga isn’t all that revolutionary anymore. Naturist resorts like to organize morning yoga or Pilates sessions and yoga studios around the world have classes for those who prefer to exercise without clothes. What makes Naturalis stand out between the others is that it’s a retreat. Participants receive a full schedule going from Friday evening all the way to Sunday night. It’s much more than “just” naked yoga. It’s a weekend-long exploration of your body and your soul with the guidance of professional instructors. 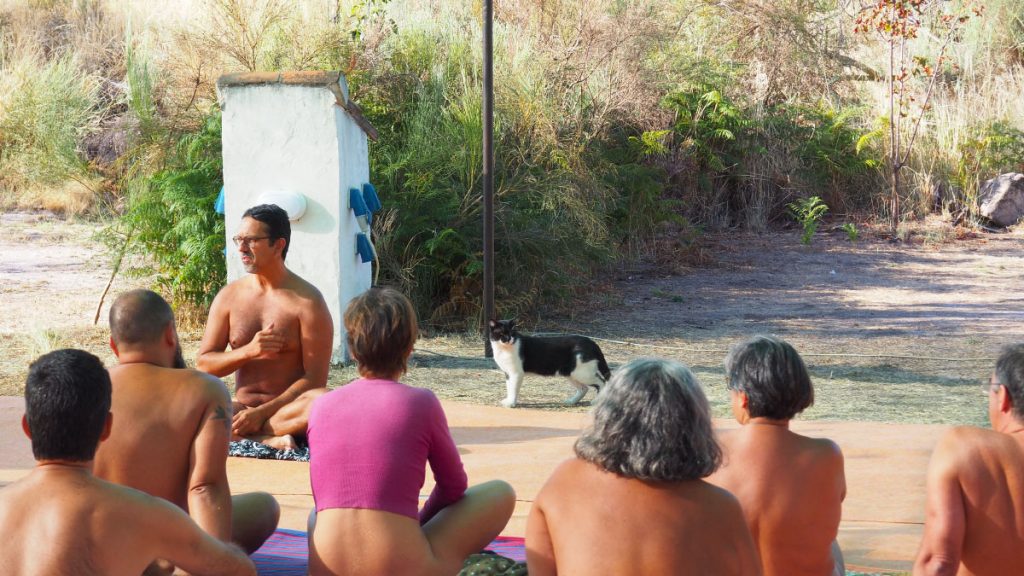 What does Naturalis do to you?

Some time ago we already talked about the link between nature, spirituality, and nudity, and many points we made in that blog post also reappeared at Naturalis. It’s about creating connections with everything around you. About becoming one with your environment. Any unnatural boundaries, like clothing, for example, are just holding you back. Because Naturalis is a group event, one of its main purposes is to build up the group energy and to become one altogether.
Before you start thinking that we’ve turned into magic mushroom nibbling hippies, we’ll try to explain it in a more down to earth way. Naturalis starts with a group of strangers who arrive at a naturist campsite on Friday evening. From that moment they spend about 60 hours together. They have breakfast, lunch, and dinner together. In between sessions, they hang out together. During those two and a half days they are constantly being pulled out of their comfort zone. They get to know each other. They get to know the flaws and strengths of the others. Their confidence and their fears. They become a tight group. 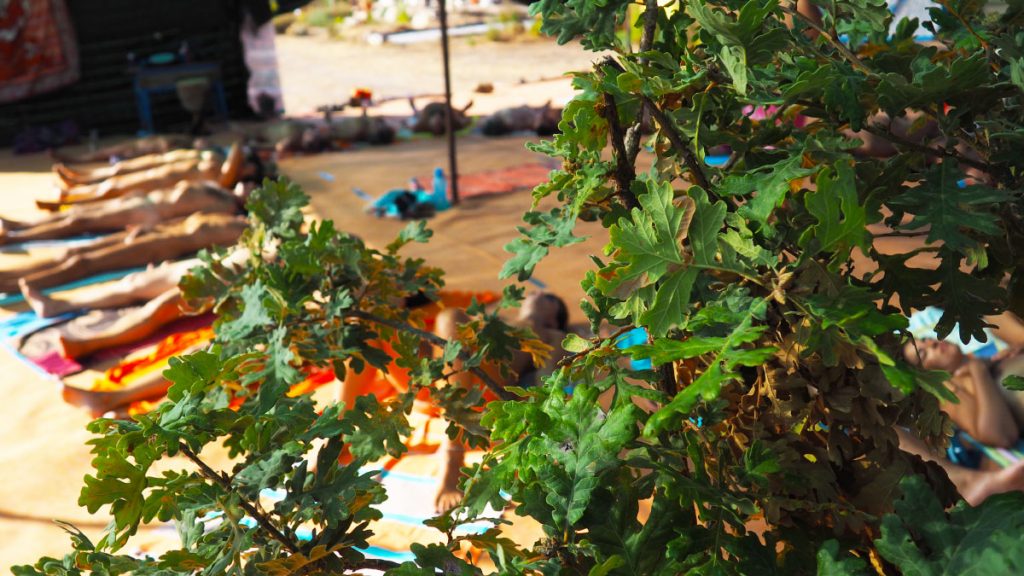 For us, this was the first time at such a retreat. Nude or clothed. Critical as we are, we wondered if the nudity is actually such an added value. Maybe the exact same thing happens at clothed retreats as well. We asked Ana, one of the yoga instructors during the weekend. Ana doesn’t consider herself a naturist and this was the first time ever that she would lead a naked yoga class. Yet for her, it became clear from the first moment: “The balance in the group is the most important aspect.”, she said. “Clothed and nude are difficult together, but also within clothes there is an imbalance. Where in nudity it’s completely balanced.”
Alex, a teacher of sound massage who leads the Tibetan scales and movement sessions at Naturalis gave us a similar explanation: “The personal experience is the same nude or clothed. It’s about how you feel best. But I feel that the shared experience is much more intense when everybody is naked. People are much more open because there are no physical boundaries.” 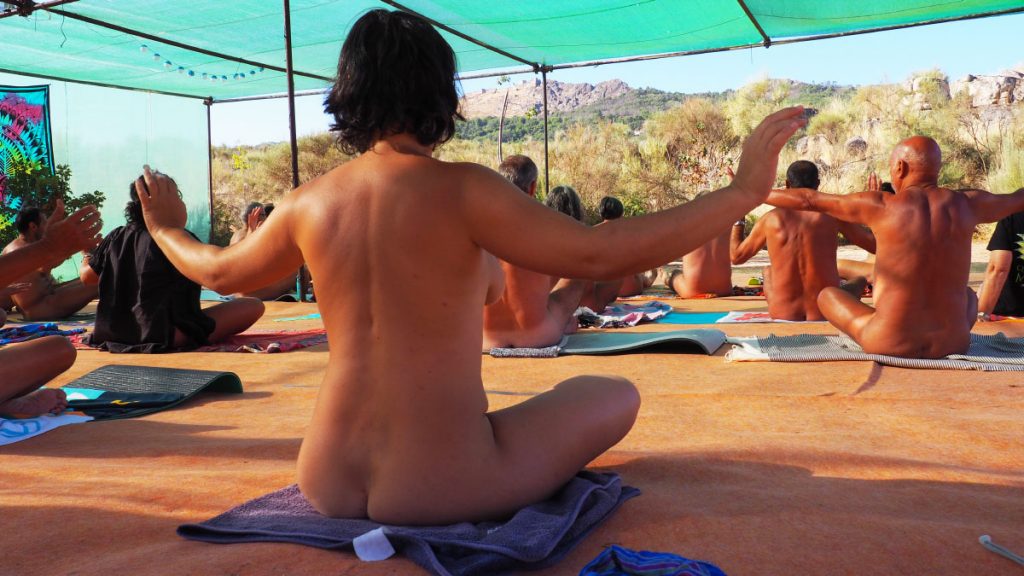 Who participates at Naturalis?

From listening to the other participants it’s impossible to picture a Miss or Mister Naturalis. There’s no benchmark or set of requirements you have to apply to. Men and women, of all sizes and ages, came from all over Portugal to participate in the event. Some were already regular visitors of Quinta Do Maral and thought that Naturalis is just a great reason for a trip to their favorite naturist campsite.
Other naturists are looking for a different experience than yet another day at the nude beach or next to the pool. Or they already tried naked yoga and wanted to take it one step further. Then there are those who come specifically for the sessions and who often have never been nude in a social setting before. And then there was us. That funny Belgian naked traveling couple who just keeps ending up at interesting places.
It all doesn’t matter. All you need is an open mind and to be ready to indulge a new experience. For some, it was the yoga that was all new. For others, it was the ecstatic dance. Several had their first social nude experience at Naturalis. Like Ana told us: “Yoga is nature and nudity fits perfectly into that”. It all makes perfect sense. 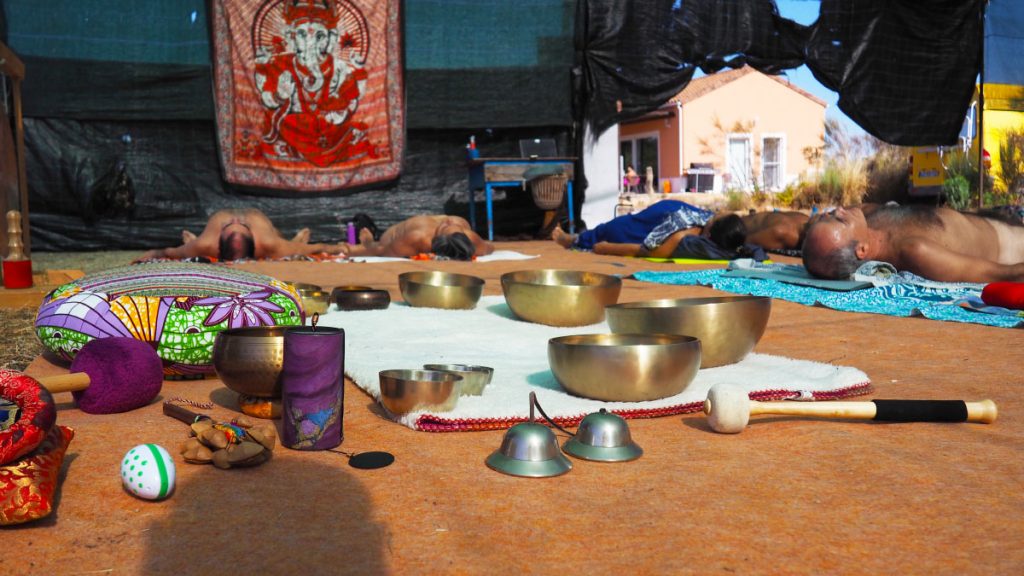 The goodbye session at the end of the weekend lasted forever. Only a second ago (figuratively speaking) there was this bunch of strangers who undressed at a respectable distance from each other. Now there were broad smiles and watery eyes. Facebook accounts and e-mail addresses being exchanged. During a couple of days, the group had grown and became one. Now they didn’t want to split anymore.
When we asked Marco (one of the organizers) for a final word about this second edition of Naturalis, he couldn’t come up with much more than words like “marvelous”, “wonderful” and “amazing”. Clearly he had enjoyed the weekend as much as all the participants had.
What we mostly learned from Naturalis is that it’s important to learn to let go before you can start to grow. That you need to strip to the bare minimum. Mentally speaking, that is, but Naturalis was yet another proof that this works so much better if you can add the physical action to it. A bare body, mind, and soul are the best foundations for an improved you.
If you want to experience the third edition of Naturalis, better keep the first and second weekend of September 2020 open in your agenda (the exact dates still have to be confirmed).
Follow the Naturalis Facebook Page for more info.
PICTURE CREDIT: The photos in this blog post are property of Quinta Do Maral. Please don’t copy or republish without their permission.
Naturist Destinations ➡️ Portugal

8 thoughts on “Naturalis 2019: More Than Naturism and Yoga”