Ah clothing… why do we need it? Wouldn’t life for us nudists be so much better if it had never been invented? Okay, we’d probably still be living around the equator or otherwise be freezing our asses off, even in summer in most regions. But people make such a big deal about it. Only today we were relaxing in the nude in the corner of a beach in southern Poleponnese and a woman came over telling us that we were not supposed to be naked out there. So we said “Go away woman, you’re standing in our sun!”. Of course we didn’t say that, we listened friendly to her (false) warnings about the Greek government being against nudists and told her that we would solve the issue if the police came. We thanked her for the warning and waved her goodbye.
We have to say that these situations rarely happen to us. The chance that a surrounding textile decides to get naked as well when they see us occurs many times more than that they come over to give us a speech. But in those rare occasions we start to think about the situation.
Why is it that it’s always the textiles who are telling the nudists to get dressed and never the other way around?
Where does this urgent need for wanting everybody to be clothed come from?
Why are we so eager to protect about one or two or four tenth (depending on your shape) of our bodies from being seen by others?
Where does clothing come from anyway?
SIDE NOTE: None of the following has any historical value at all. It’s our imagination how things went, please don’t spread these  words as if they were the truth.

There once was a guy
Even though women know much more about fashion than men, at least in our relationship, our story starts with a guy, let’s call him Nick. Nick was living several thousands of years ago, long before the Egyptians conquered the world. He still remembered stories of his great great grandfather climbing down from the trees, that’s about the period he lived in.
One late november night Nick was out with his buddies hunting  and after hours and hours of laying down in the wet grass, waiting for a gazelle within reach of his spear, he started to get a bit chilly. About the same time a bizon passed by and Nick started thinking “What is this bizon walking around here all relaxed while I’m freezing my balls off?”. Now we have to say, Nick was kind of a genious in those days (must be something with the name) and he figured that if he had such a skin he would be much more comfortable. So he threw a dozen of spears at the poor animal, ripped of its skin, called his friends to gather the meat and made himself a beautiful fur coat. Nick wasn’t cold anymore.
Several hours later, Nick came home after an obligatory stop at the local bar and his wife (let’s call her Lins) was waiting for him at the doorpost.
“Where have you been? Have you any idea what time it is? You just went out with your friends to catch a gazelle? Well, we’re my gazelle? And what’s that ridiculous thing you’re hiding in?”
That moment Nick realised that he shouldn’t have had his friends take all the meat and just come home with a warm bizon skin (maybe he wasn’t that genious after all). He tried to get himself out of the situation by convincing Lins that there still were enough blue berries to get through another day, but deep inside he knew that he wasn’t getting any honky tonky tonight. 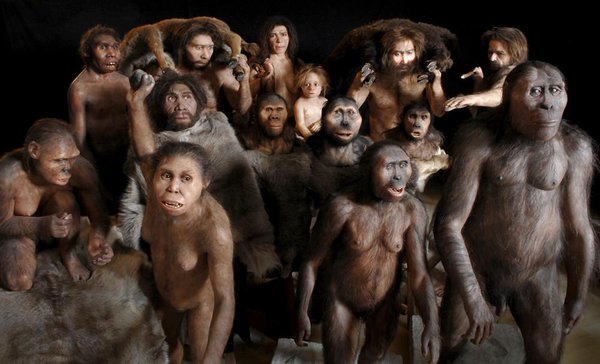 There once was a chief
Still, Nick felt very proud about his own made protection against the cold and he started to notice that he came home with a lot less scratches after he successfully chased that gazelle all over the savanna. He started to wear his skin more often and soon his buddies went out into the forest to get their own bison skin. Their Sunday morning card game at the bar became more like a fashion show, comparing their warm coats with the others.
One Sunday morning the chief of the tribe passed by to have a beer or count his tribe members or collect taxes or whatever it is that chiefs did in those days and he noticed the whole scene. All of his warriors had become little Carl Lagerfelds and had started designing their own costumes made of bizon skin and meanwhile produced a nice deux-piece for their wives as well.
The chief could not stay behind, he also got chilly from time to time and during his last drunken return back home he had hit both his head and his little toe. So he sent out his bravest warriors to find him the biggest and most beautiful tiger they could find. They could keep the meat (tiger meat is pretty chewy anyway) but he had to have the skin. Several days later his men came back completely exhousted but with the most gorgeous tiger skin ever seen. It took only one day and about ten night shifts before the chief was dressed in an eyeblinding tiger suit, complete with hat and boots.
And fashion was born.

There once was an oppressor
Since the chief had the most beautiful skin of them all and nobody was allowed to create a similar one (copyright was born as well), the rest of the tripe didn’t care that much about their costumes anymore. They still wore it from november until march to cut off most of the cold or when they knew they would have to run through rough forest to catch another gazelle. For the rest of their time they wandered around freely naked and pretty much enjoyed it.
And time went by and people died and new people were born and one tribe got conquered by another and that one by another and we all know how history tends to go and some thousand years later there was a new guy in Rome who had conquered most of the world as it was known in those days.
While the great great great grandson of Nick (let’s also call him also Nick for convenience) was still wearing his bizon skin to protect himself from sharp trees and even sharper bison bites, the great emperor had different plans.
“What are you?” he asked, “animals?”. “You can’t be running around my empire all in the nude! You have to be ashamed of yourself, what if a man from another tribe sees your Pamela Anderson shaped body? Put on some clothes will you!”. From one day to another little Nick could not run around naked anymore, oh no, little Nick had to behave, little Nick had to put some pants on. And little Lins as well of course, and a bra, or at least something that looked like that in those days. 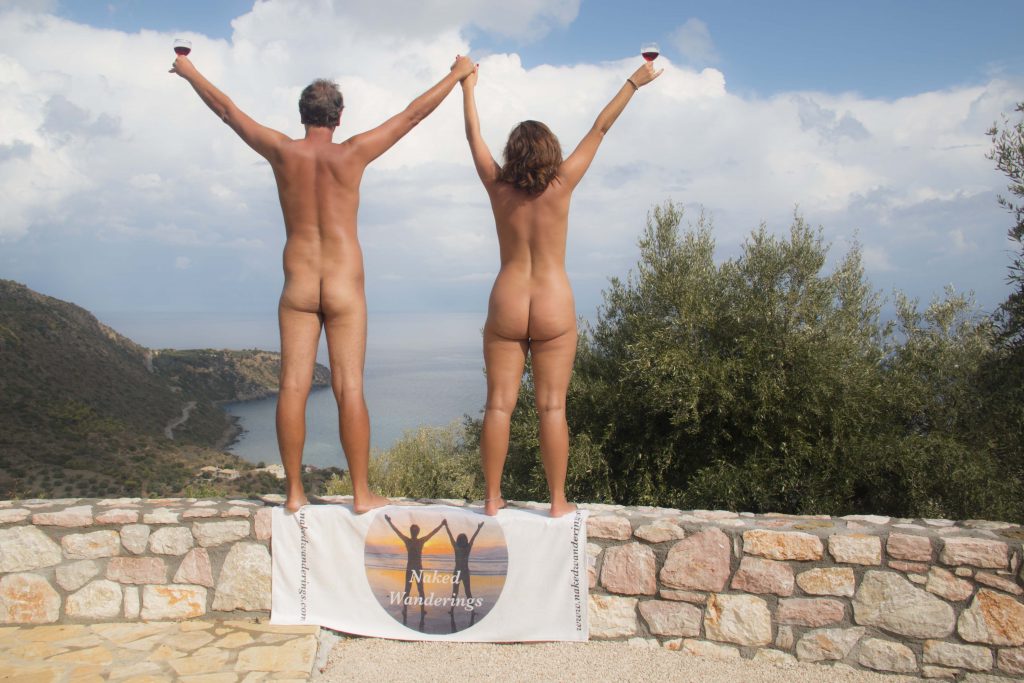 There once was Nick and Lins
And time went by and religion and the fashion industry and the government all had to have their opinion about things but on one thing they got in line: One should not take off their pants except for taking a shower. And even then, if one could manage it with some kind of coverage it was mostly prefered. Being naked was wrong, being naked was for perverts who have huge orgies involving men and women and transsexuals and bisexuals and trisexuals and whatever other sexuals behind huge fences in some forest deep down in Germany or the Netherlands.
And then there were the latest Nick and Lins, who love to be naked, who respect all others but expect some acceptance towards them as well. Who were laying naked on the far end of a beach in Southern Peloponnese with only one other visitor about one hundred meters away. One other visitor who decided to walk the whole stretch to give them a speech about why they should not be naked. And they thought  “Go away woman, you’re standing in our sun”.
Picture credit: The photos in this post are coming from Google and Twitter. If you find one of yourself and you don’t want it to be on our blog, let us know and we’ll remove it.

5 thoughts on “Our own history on clothing”