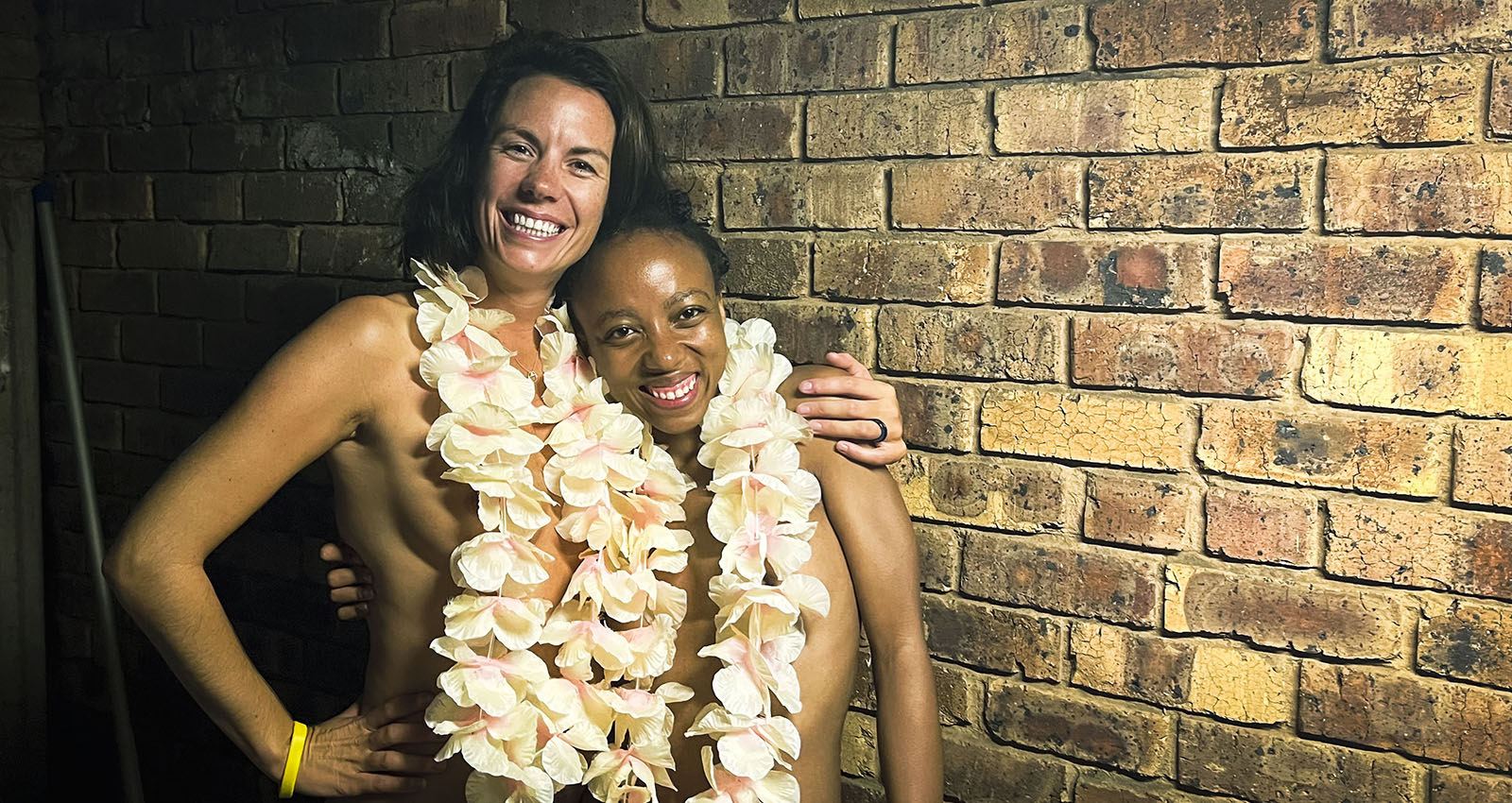 We are in South Africa, a country that is known – among many other things – for its vibrant mix of cultures. The fact that there are 11 official languages probably says enough, people from many different backgrounds are packed together in the southern tip of the African continent. A lot of this has to do with the country’s strategic position on the historical sailing route of the Dutch East India Company. It was a welcome stop after many long days on the Atlantic or Indian ocean.
Sailors stuck around, European merchants started businesses, and slaves were imported from other parts of Africa and from Asia. Several centuries later, the British would pass by and conquer the whole place. Obviously, this is a very brief explanation of what happened, and the reality was much more complicated. But you probably didn’t come here to learn the details of South African history. What’s more important is that many years after these different cultures found their place in South Africa and became part of the local population, naturism arose. And guess where it came from…

The rise of naturism in South Africa

Back in 1981, a guy named Beau Brummell started the first naturist resort in the country. He was white. This may not come as such a surprise, because in those days naturism was merely a European and North American thing, so it seems kinda obvious that someone with roots in one of those places would bring naturism into Africa. It would take another 13 years before apartheid, the discriminating racial segregation system that prevented non-white people to mingle with whites, would end. This means that during the years that naturism was starting to get a foundation in the country, it was uniquely for white people.
Soon, we’ll be celebrating the 30th birthday of the end of apartheid, but when you walk into a South African naturist resort today, it doesn’t feel as if that much has changed. While we were at SunEden, we did meet a handful of black naturists, but if we had to put a number on it, it was probably less than ten percent.
This doesn’t mean that naturism isn’t growing in the black community, on the contrary. We were invited to a gathering of black naturists at someone’s house in Pretoria. Here, the tables were totally turned and the number of whites was about 5% (yes, just the 2 of us). It’s not that black naturism doesn’t exist, but it seems to be evolving differently than naturism as we – Europeans – know it. 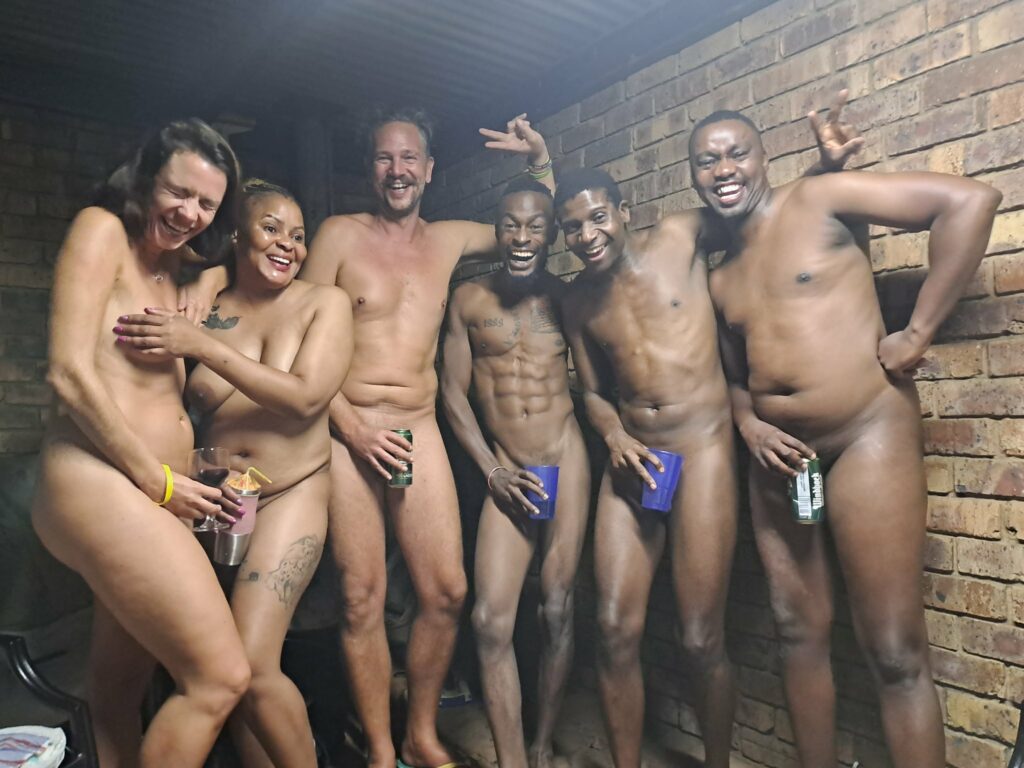 We’ve seen this happen before. Naturists in South America and Asia also have different reasons for embracing naturism and have different ways to practice it. In Europe, we got very much used to the “resort and beach” concept. In countries where naturism is relatively new, we rather see a movement towards an event-based concept in which groups just rent a place for their activities.
When we travelled in those parts of the world, we often thought that the naturists got so creative with pop-up naturist venues because of the lack of actual naturist resorts. But South Africa does have resorts, and yet we can see the “traditional movement” and the “new movement” so closely next to each other evolving in different ways.
We asked around why this black naturist event was not organised at SunEden, which was – given South African distances – just around the corner. There they could enjoy a much larger domain with many more facilities. The responses we got were kinda predictable. There’s the price tag of visiting a resort and the fact that the average black naturist tends to be a generation younger than the average white one. And, racism aside, it is quite intimidating to enter a place where everyone else has a different skin colour. But we wondered if there wasn’t a deeper underlying reason. 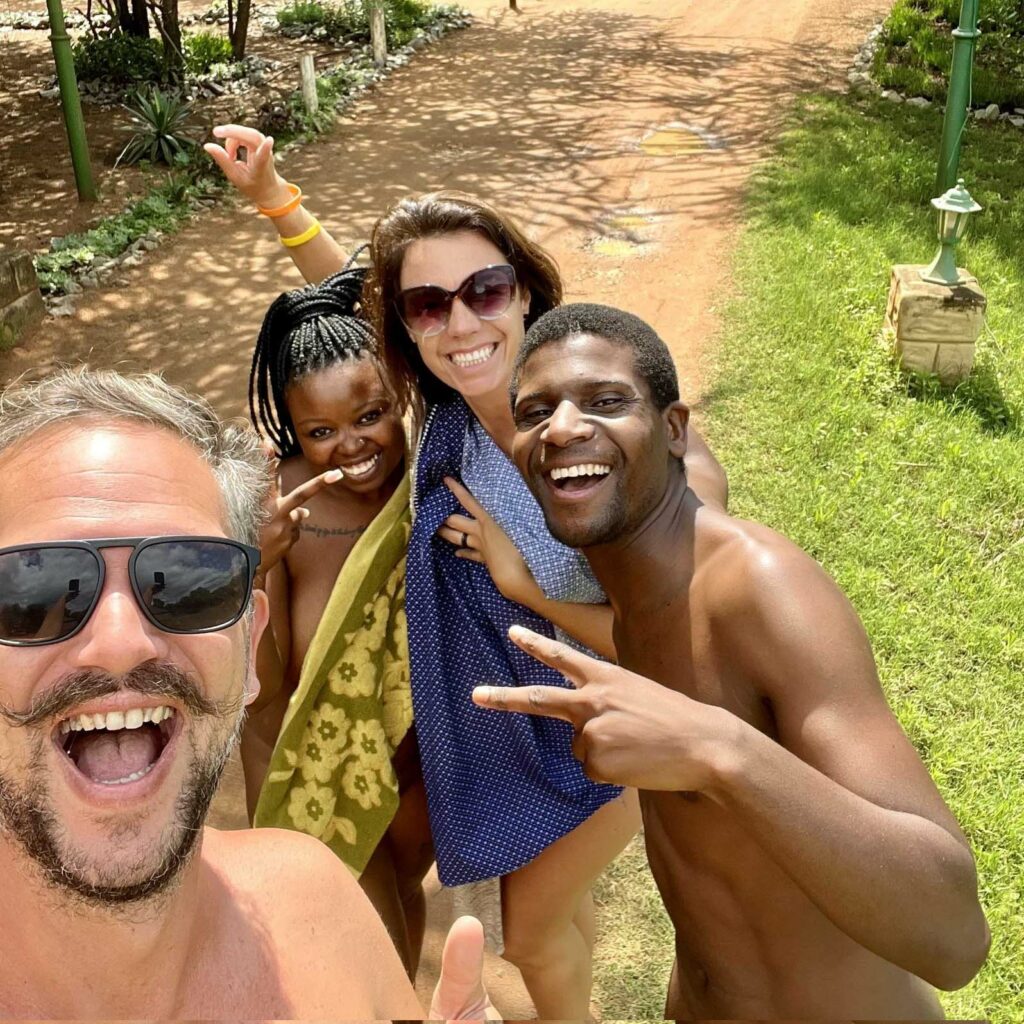 Many naturists dream of a world in which clothes are nothing but a novelty. A world in which we can all roam around naked without having to fear disrespect, harassment, or abuse. One big naked community. The difficulty is that for every one of us who lives far enough from the equator to have four seasons, this is almost physically impossible. At one point or another, the temperatures will force us to cover up.
Some Europeans will tell you that our history of naturism goes all the way back to the Greek empire, where sports were typically practised in the nude. Or to the Roman one, where communal bathing was a trend. But in neither of those, nudity was the norm. It may have been much less frowned upon than today, but people wore clothes by default. Only taking them off for specific reasons like sports or bathing.
In parts of Africa, South America, and Asia, on the other hand, there are even still today tribes that spend most of their time naked. Only covering up for protection. Given the climate where those people typically live, the weather is rarely something to protect yourself from. Today, these tribes are few, but in the past, there used to be many more. Add to this that those people typically maintain a healthy relationship with nature and live in a tight community, and we could probably say that they experience true endemic naturism. Even though the word “naturism” doesn’t exist in their dictionary.

Which road to take?

Human behaviour is hardwired in our brains, and one would be surprised how many natural connections still date from times when the wheel wasn’t invented yet. This makes us wonder. If we want to strive towards this naturist Utopia in which nudity is considered the default dress code, should we follow the European way of thinking which was created by people who wore clothes most of the time? Or do we give the lead to people who have a long history of living naked?
When naturism started to spread outside of Europe and North America, the traditional “resort and beach” blueprint was often copied. We’ve always wondered whether this was the right approach. For the simple reason that, because of cultural differences, very few concepts can successfully be copied across continents. Why would naturism be the exception here?
Today, it’s impossible to tell where these “new”, non-western naturist movements, will eventually end up. Maybe they will mature towards the traditional “beach and resort” concept. Or maybe they will become something completely different. In any case, we believe that we need to give them the space and opportunities to grow because we can’t wait to see what may happen next.

10 thoughts on “Can endemic naturism be the future?”