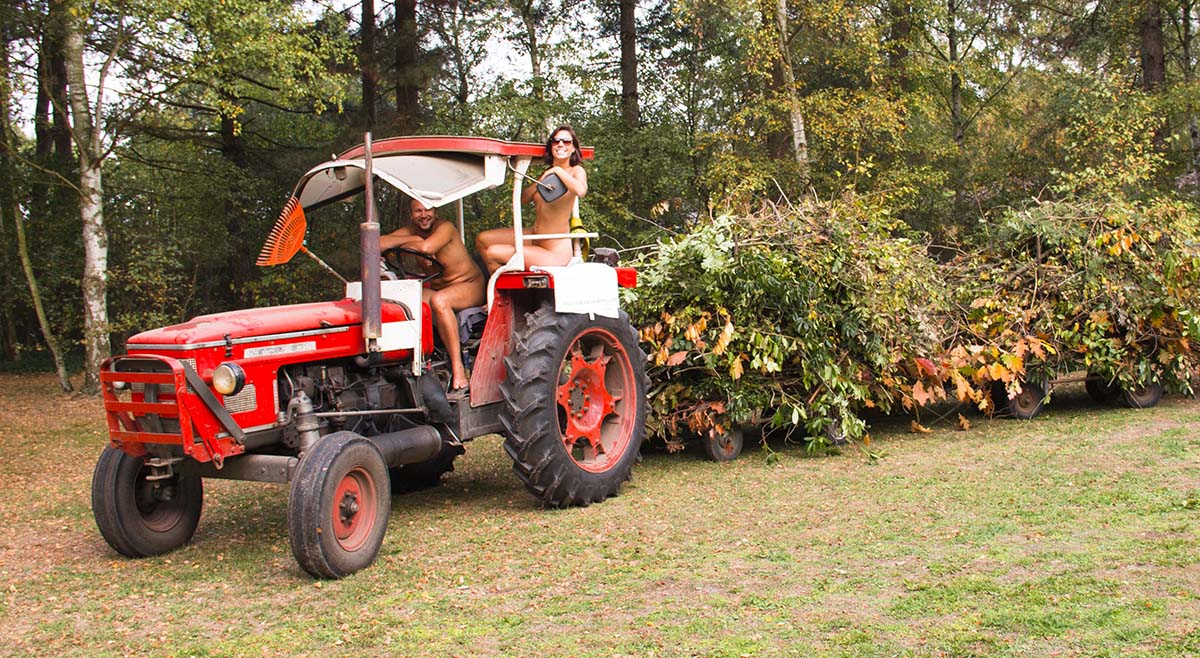 Years ago, after we had set our first careful steps into naturism and when we were browsing the internet for a new naked place to visit we stumbled upon a mention “federation membership required”. What was that supposed to mean?
Until then, a naturist campground to us was just like a textile one where you could show up, pay and setup your tent. Now, apparently, we were in need of some membership card.
It only took a couple of clicks to figure out that naturism was in fact something pretty well organised. That there were actual federations taking care of the rights of naturists and guarantee a safe environment. They organise events where it’s possible to get in touch with other naturists and what appealed the most to us, they would give us a card that promised entry to places where until now we wouldn’t be allowed.
Unlike in many other countries, in Belgium it was not possible to directly become member of the naturist federation. One has to become member of a naturist club. So that’s what we tried to do. We picked one of the 10 or so clubs, it didn’t really matter which one as long as we would be able to get federation membership, and received a form to fill out. Name, age, gender, address, all the regular questions, and then “What can you do for our club?”
Well… euhm… yeah…
What can we do for your club…
Pay the membership fee?

A few clicks later we found out how many naturist clubs depend on volunteers for their daily work and how club members spend a certain amount of time tending the bar, cutting the hedge or cleaning the swimming pool.
We were in our twenties, working on a career, the “work hard play harder” kind of thing and those days naturism wasn’t much more than some kind of hobby, something we did when the weather was nice and when we felt that we could use some time to relax. No way that we would give away that time doing some chores we even tried to avoid doing at home. 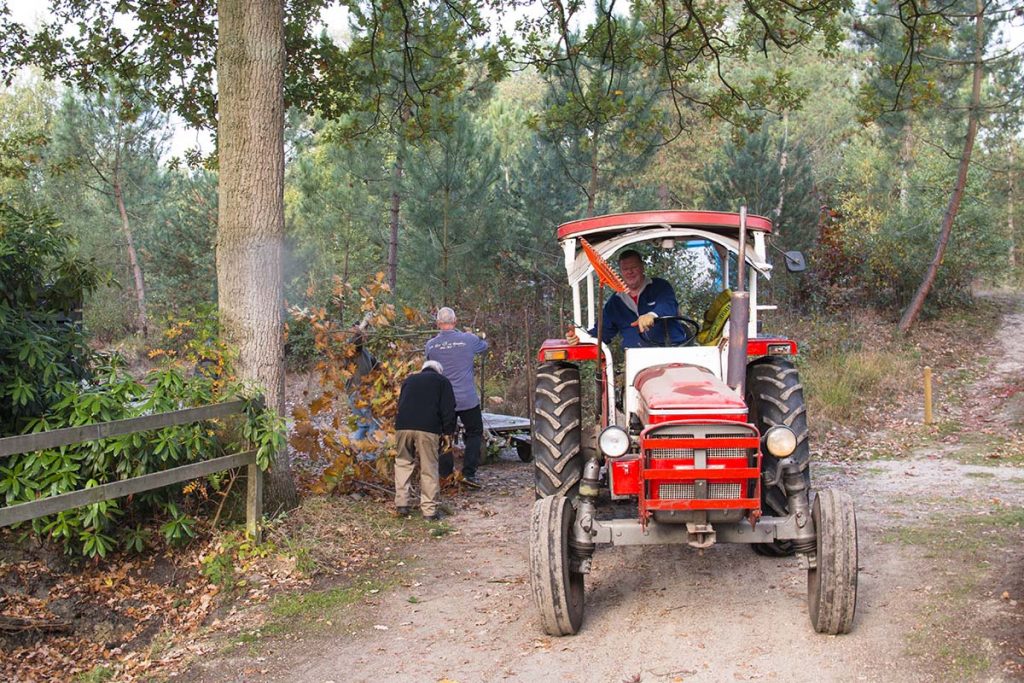 Are we lazy? Are we selfish? We don’t believe so. We’ve grown up in a capitalist system where you work to earn money and then have some time off to spend it again. We are used to organisations functioning like businesses. They set a price and you pay it expecting to be asked for nothing more. Restaurants don’t ask us to do the dishes after dinner, the theatre doesn’t require us to spend some time at the popcorn machine and we certainly won’t get a half priced iPhone if we clean the Apple store.
Other than that, our generation is also used to have choices. Especially during our free time. We don’t want to be stuck to having duties at this club when we actually wanted to visit a beach. Or just stay at home. To us the volunteering system was an unknown world which we honestly didn’t find any attractive at all.
The form moved from the table to the closet and was eventually never seen again. For years to come we would not be member of a naturist federation or club.

That time when we went volunteering

A couple of weeks ago we were invited by Athena Ossendrecht, a large naturist club right on the border between Belgium and The Netherlands. Not just to visit the place but also to experience one of their “working weekends”. We weren’t exactly jumping from joy when we got that invitation. Our time in Belgium was very limited, we had three weeks time to visit all our friends and family and then we would hit the road again. Now we had dedicated ourselves to spend two days with in our hands a shovel or sponge or whatever tool we rather not use. But then again it would be an opportunity. Once and for all we could get an idea about how the slavery at naturist clubs actually works and who the people are that engage in it. 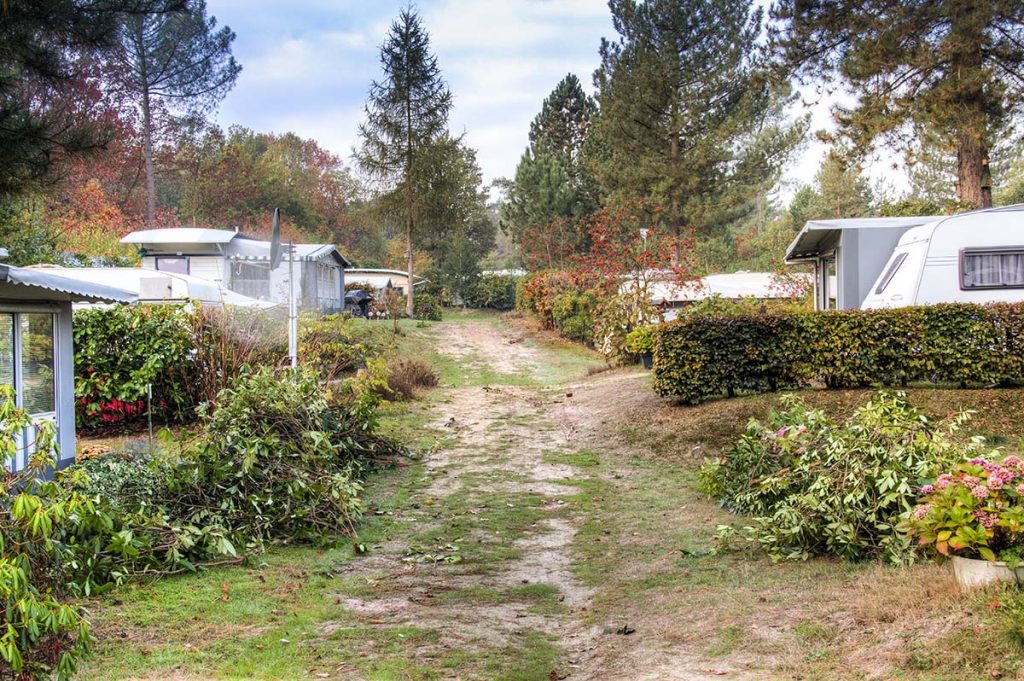 So we went working. Okay, we’ll have to rephrase that because if some of the other volunteers at Athena read this they’ll probably laugh their asses off. So we went to the working weekend.
While we kind of expected to get a list of chores the moment we walked through the gates, the atmosphere was actually pretty much like any other day at a naturist campground. People were sitting on the terrace enjoying the late autumn sun, people were walking around and people were hanging around their camper. The presence of some heave machinery and freshly cut off branches were the only signs that some maintenance was being done. Most of all, we noticed a very friendly and welcoming atmosphere. These people didn’t look annoyed that they had to work on maybe the last sunny weekend of the year. They were having the best time, laughing and joking.

Volunteering is nothing like a real job because first of all you get to choose what you want to do. Of course, in the end all chores need to be done one way or another but you have the choice to decide whether you want to do something or not. Or maybe you can do it together, with two or five or ten to make the work lighter and faster. There’s nobody telling you what to do and nobody keeping track of what you’ve actually done. Nobody is checking how fast you work, how many breaks you take or if you’ve actually been doing anything at all. It doesn’t matter. 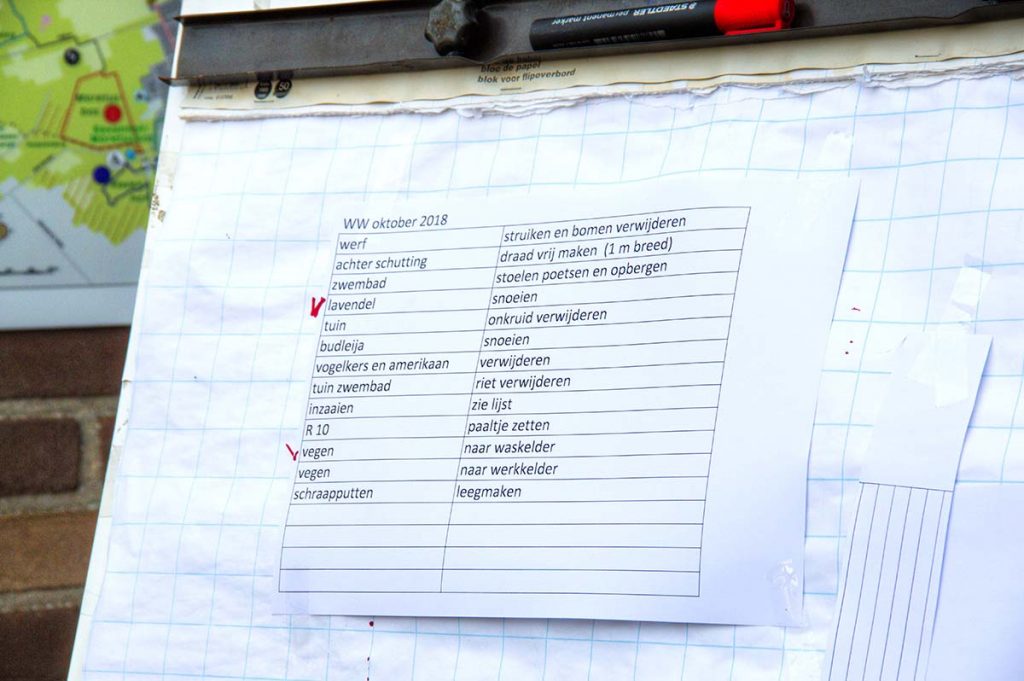 Some of our friends have built their own house (more or less) and it was also a habit among us to go help a hand. Sometimes we appeared as early as 6am on a Saturday morning to make cement and move bricks and whatever other stuff that had to be done. And we loved doing that. We were among friends, didn’t work very hard, stopped a lot to have a beer and in the late afternoon we were half drunk and extremely satisfied.
Volunteering at Athena appeared to be the EXACT SAME THING.
We saw maybe 50, 60, 70 friends (we didn’t really count) having a great time. Getting things done together, having lunch and dinner together and having a lot of drinks together. Toasts and speeches were given and by Sunday noon the work was done. Then many went to the sauna where stories and jokes were told. This was by far the noisiest sauna we’ve ever been to. But also the most fun one. 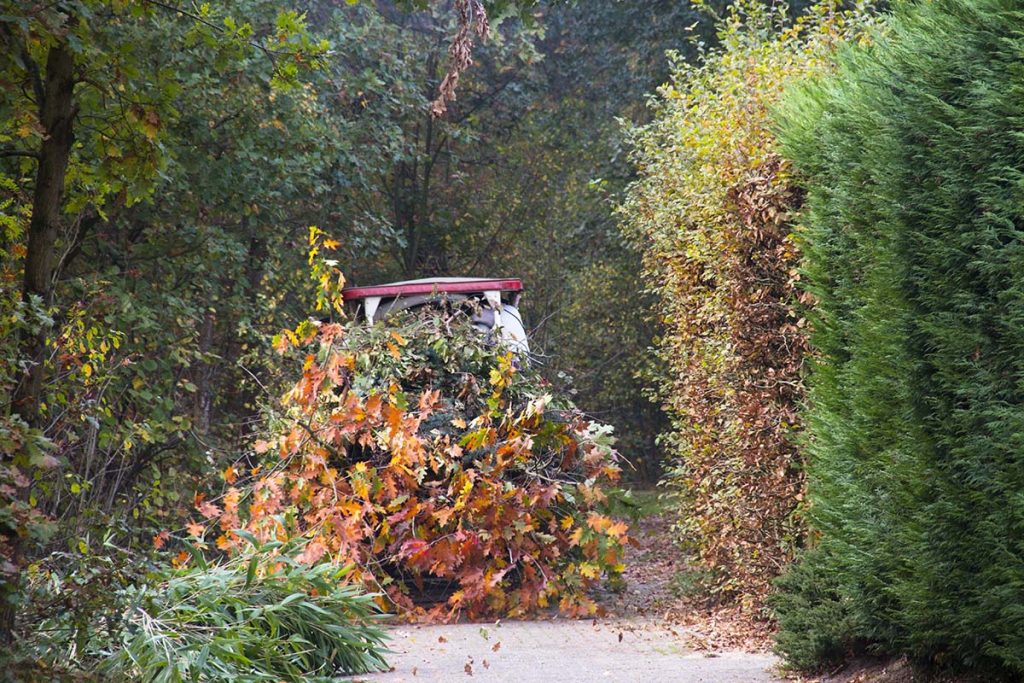 It’s a misunderstanding that joining a naturist club which relies on volunteers means that you have to spend as much time as possible helping out. Or any time at all if you don’t want to. It’s a system you grow into. You become a member and spend some time at the club and make new friends and all of those new friends will be going to the working weekend and of course you will participate as well. Not because you have to but because you just want to be there with the group.

19 thoughts on “Volunteering at your naturist club”