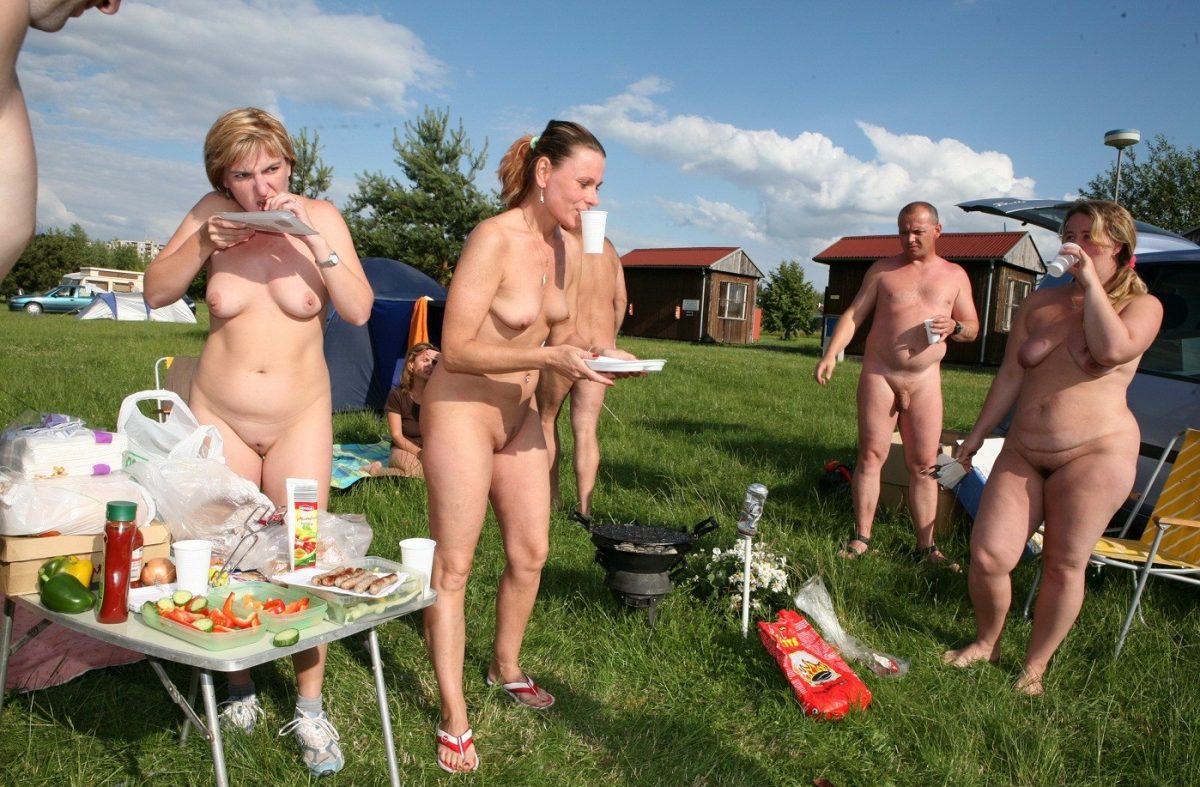 This post is kind of a follow up on the previous one: It all started with a coupon
If you want to know the whole story it’s better to read that one first.
If you don’t feel like much reading, here’s a short summary:
We went to a public nude sauna
We were scared as hell
We totally loved it
We kept going back every year

At the time we didn’t consider ourselves naturists though

Actually, we didn’t really think so much about it. What we did was going to the sauna, the fact that we and everyone else in there is naked seemed like the most normal thing in the world. I think it would even feel strange now to be in a sauna complex wearing a swimsuit.
To us, naturism was still something unknown, something that happens behind a huge fence where you can only get through on special invitation. Something like Stanley Kubrick’s “Eyes Wide Shut”.

We even started telling people that we go to saunas every once in a while, and to our surprise, we were not the only ones. Most of our friends still prefer to pick the private saunas, but if you ask if they have ever tried a public one the answer is always negative.
And our friends who also go to public saunas all have the same story: They love it, at first they felt insecure but now they feel totally comfortable being naked among others, but they don’t tell everyone and they never go to the sauna next door.
So if there’s already some taboo around nakedness in a sauna imagine how disgraceful it must be to be camping naked… We would soon find out.

That summer evening the camping was full

One beautiful Friday evening in summer we decided to go camping for the weekend. We loaded the tent and the barbecue in the car and off we went.
Around 9 pm we arrived in Luxembourg and soon we had found a campground. The receptionist told us that the place was already quite full, but we could go have a look and if we found a place we liked we could stay there.
So we checked out the place.
It was horrible…
The place was not quiet but very full and it was very loud. Music was playing everywhere. Children were yelling at each other, mothers were yelling at the children to be quiet and husbands were yelling at their wives that they couldn’t hear the TV anymore.
So much for a quiet weekend in the woods…
When we got to the end of the camping we saw a gate with a small sign saying “Naturist camp”. We listened carefully but there was no sound coming from the other end of the gate.
“Maybe it used to be a naturist camp but it’s not in use anymore?”
“Or maybe it’s still in use but there’s just nobody there?”
“Should we try?”
“It’ll be our only chance to get away from all this noise.”
“Say what?”
“THAT IT WILL BE OUR ONLY CHANCE…”
“Damn right!”
So we went back to the reception and with red cheeks, we asked if there was any free space on the naturist part.
Without even looking at us the receptionist replied “Sure, plenty of space. 18 euros a night, here’s the key.”
And just like that, We held in our hands the key to a place of which we had never thought we would see even a glimpse”.

We were not alone there

Actually, there were quite some people in the naturist part of the camping but there was no noise at all. People were enjoying themselves in a quiet way, playing cards, having diner, drinking wine, and relaxing.
But most curiously: Everyone had their clothes on… I spotted two men with a t-shirt but no pants, but everyone else was dressed.
Very strange.
– Later we would learn that being in a naturist place does not mean that you have to be naked all the time. By the time that we arrived there, the sun was setting and it was starting to get a bit chilly so everyone had just put on some clothes –
The next morning we didn’t really know what to think, so we got up, put on pants and a t-shirt, and got out of the tent.
Everyone else on the campground… was naked.
So we got back in the tent, took everything off, and got back out.
Now we were one of them.

Have you got any experience with naturism? How did you get into it?
Are you curious about naturism but still have some questions? Let us know!

6 thoughts on “And then we took it one step further”