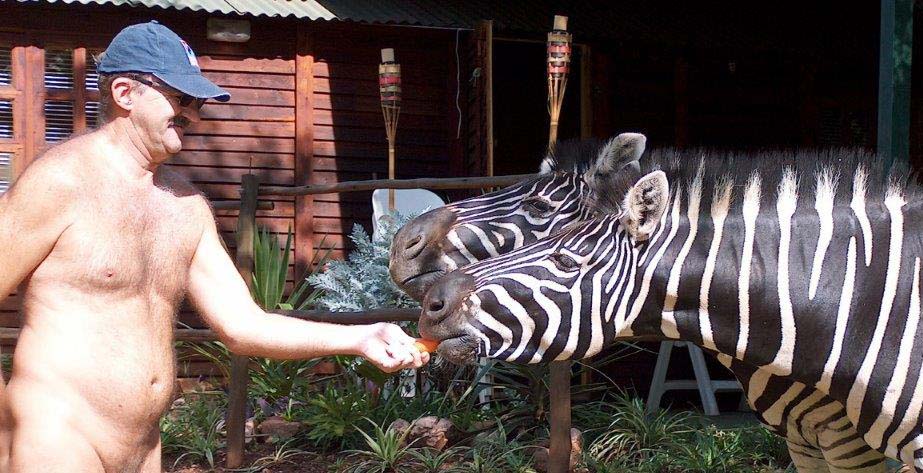 Naturism is a wonderful lifestyle that we try to enjoy as much as possible. In as many places as possible. Most of the time we share our own views on the different aspects of nudism but once in a while, we like to pass the mic to hear about how someone else’s experiences. Via this Naturist Talks interview series, we listen to naturists from all over the world. They share their experiences, tips and stories about naturism and thanks to them we keep learning about the different aspects of life in the nude.
Today we’re listening to Lofty, a driving force behind naturism in South Africa.

Hello Lofty, please tell us something about yourself

I’m Lofty, I’m 66 years young and I live almost permanently nude with my partner, Amanda, at the SunEden Naturist/Nudist Resort. We own a naturist tour operator business called Joxilox Tours and I am the Marketing Director of the SunEden Naturist Resort. I am one of the founding members of the South African National Naturist Association (SANNA) and of the Gauteng Naturist Association (GNA). I am past Chairman of both associations and I served on the General Assembly of the International Naturist Federation (INF) for 4 years.
Amanda and I have traveled to more than 100 naturist resorts in Europe, New Zealand and South Africa. Amanda has been a naturist for 24 years and I have been a naturist for 17 years. I met her at a naturist resort called Harmony Nature Farm in South Africa where I owned a house. We now own Summer Place, a house at SunEden which we rent out to tourists. Amanda has a special relationship with nature, especially birds, wild animals and fish and she talks to them daily. They don’t talk back but they eat the food offered by her, mostly directly out of her hands. 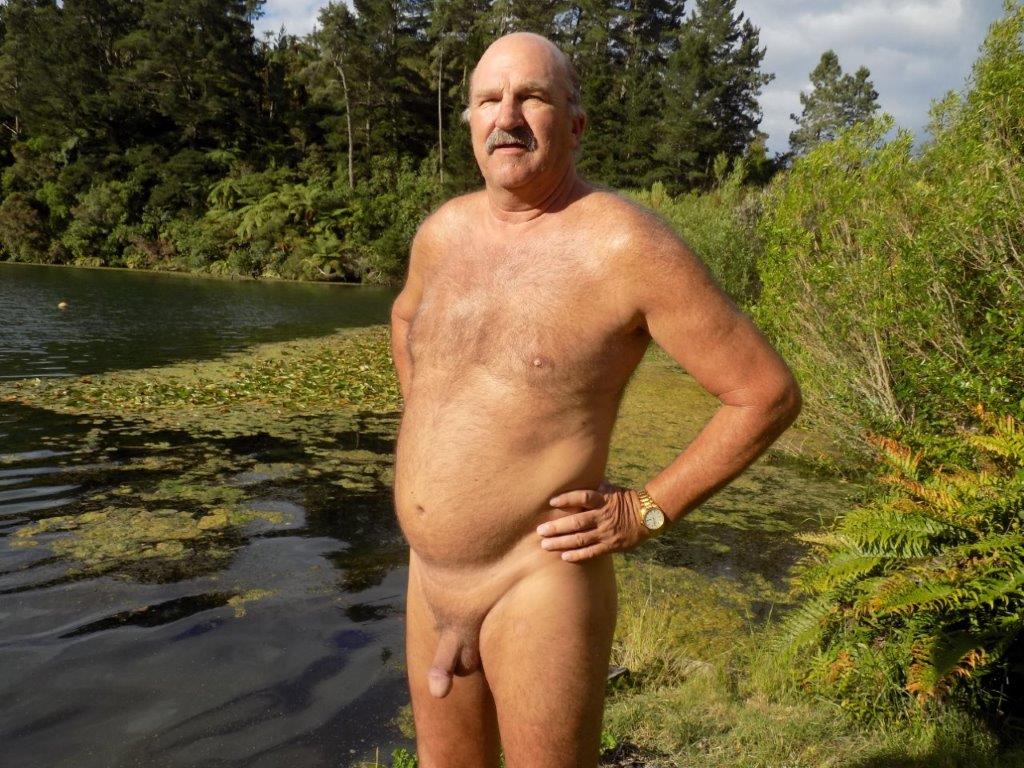 I was 50 years old and I had never heard of naturism (or swinging by the way) even though I knew about nudity. I thought that some ladies go topless on some of the beaches in Europe but I never thought that they would go completely nude and never in South Africa. I found a naturist magazine. I think it was a British Naturist Magazine. I wondered if there were any naturist resorts in South Africa and Google listed Harmony and SunEden. Harmony only had 2 rules: Sit on your towel and have respect for yourself and others. However, SunEden had a long list of rules which turned me off at the time.
I discussed going to Harmony with my wife and she said we should “give it a try”. I had a 6 year old daughter at the time and she was the first to go nude at Harmony. My wife was second and I was last to go nude, but I first needed a few beers for Dutch Courage. We soon realized that naturism was not sexual. There was no sexual atmosphere and to be honest the owner and his sons were big, strong guys who would have thrown me out of the gate if I misbehaved.

Public Nudity is an offense in South Africa in terms of Section 19 of the Sexual Offences Act of 1969, so nudity is illegal at public beaches and all beaches in South Africa are public beaches. We don’t have private beaches like they have in Croatia. I have received a legal opinion and it seems okay to go nude as long as it is on private property (like a naturist resort) and as long as your INTENTION is NOT TO OFFEND. Many years ago, there were numerous court cases and the courts found most of the naturists NOT GUILTY if they were on a beach (like Sandy Bay in Cape Town) which is not a legal naturist beach but it has been used by naturists for over 30 years.
There were a few non-naturists found guilty, but they were clearly intending to offend. Amanda and I were very involved with the first-ever legal naturist beach, called Mpenjati Naturist beach but shortly after it was approved by the local municipality, the church groups complained and the Public Protector found that it was illegal to be nude in public and the municipality was given 30 days to withdraw their approval. The 5 or 6 naturist beaches in South Africa are therefore all illegal and all have been used as naturist beaches for over 25 years and they will be naturist beaches for the next 25 years hopefully.
I then had meetings with the Department of Tourism, requesting help to change the Act but they were not very helpful. In South Africa, the various cultural groups (like Zulu Ladies) are often topless in public but not completely nude. I need to mention that I lost all motivation to have the beaches declared naturist beaches once swingers started to use those beaches for sex, and other unacceptable behavior. When questioned by the Public Protector, I did not have the answers to how the naturists could stop that behavior. Our Naturist Code of Conduct was impossible to enforce on a public beach. 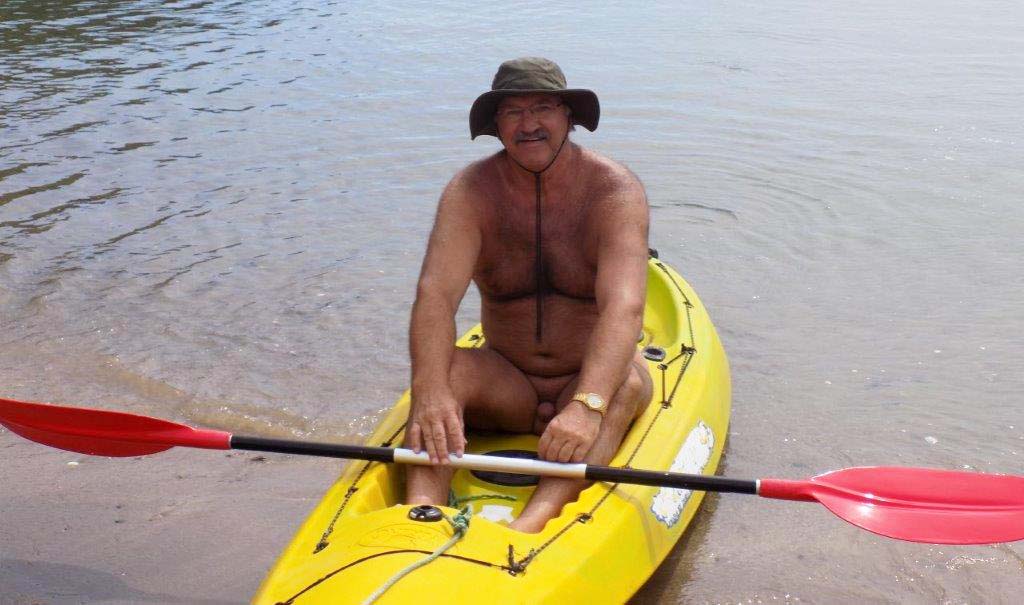 I think that naturism offers many positive benefits regarding health such as the Vitamin D from the sun and having NO STRESS. Most naturists say that once they remove their clothes, they remove their stress. Naturists are generally nice people who show respect to others and I feel like I am part of a community. My friends are all naturists, including doctors, dentists, attorneys, bank managers, plumbers, electricians and many small business owners. We have 20 houses with permanent residents at SunEden and we care about each other. A few years ago, when I was away at work, Amanda fell and dislocated her shoulder and our fellow naturists were there in a few minutes and they took her to hospital. That would never happen in a large city.
Of course, we also love being nude in nature.
The only disadvantage is that the general public, textile friends, work clients and others do not understand the naturist lifestyle and they think that we are swingers and that we have sex everywhere. Unfortunately, there are many swingers who use naturism as a cover for their activities. Some of those swingers are married and they convince their wives that naturism is pure and then they arrive alone, hit on other couples or singles and they give singles and naturism a bad name.

Amanda and I are tour operators, so we are in the PEOPLE BUSINESS, so we make friends quickly and we know many, really nice naturists all over the world. As I get older, I forget names, but I never forget faces so it can be really embarrassing when somebody says: “Hello Lofty” and I don’t have a clue what his or her name is. Luckily, Amanda comes to my aid often and calls out the person’s name. Naturists at SunEden are known to be very friendly and people laugh a lot and we go out of our way to make newbies feel welcome. 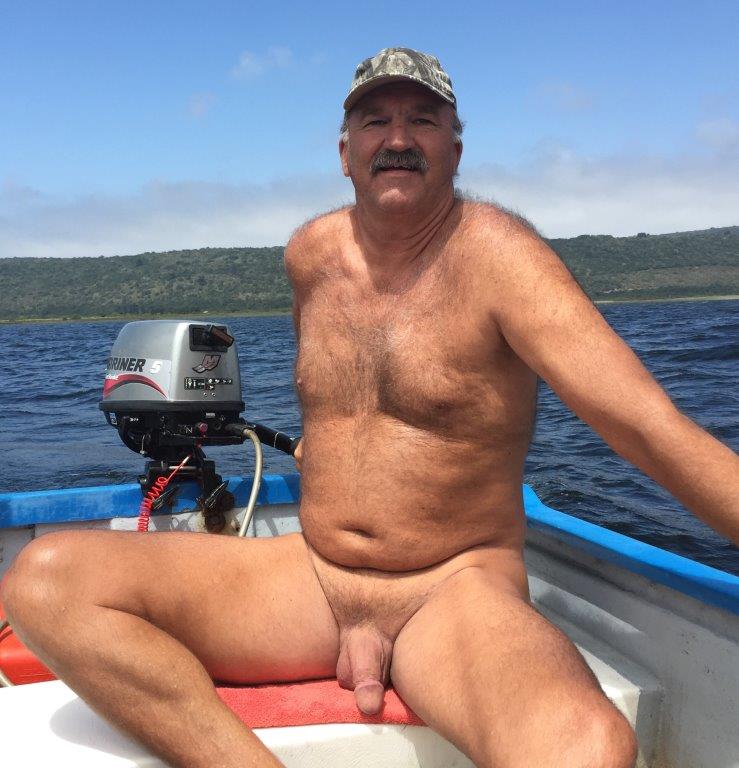 Spend some time doing research on the internet. The best website is www.nakedwanderings.com. Read the blogs and click on the resorts. Read the rules. Join a local naturist association. If possible, try going nude at home first. Then book a day visit to a well-known naturist resort like SunEden – not a small house with a Jacuzzi. Phone before the time so that the receptionist is expecting you. Tell her that it is your first time and she will go out of her way to make you feel welcome and to show you around and to answer any questions. Don’t be afraid to ask questions. It is NOT necessary to take your clothes off on arrival, but it is advisable to strip off as soon as possible either at your car, in toilets or in a changeroom. If you are single, be careful not to approach other couples. Rather talk to people while in the swimming pool or pub. They will soon get to know you and your intentions.

WARNING: Naturism is Addictive! My name is Lofty, and I am a naturist addict!

Thank you so much for sharing your story, Lofty!

1 thought on “The Naturist Talks: Lofty from South Africa”