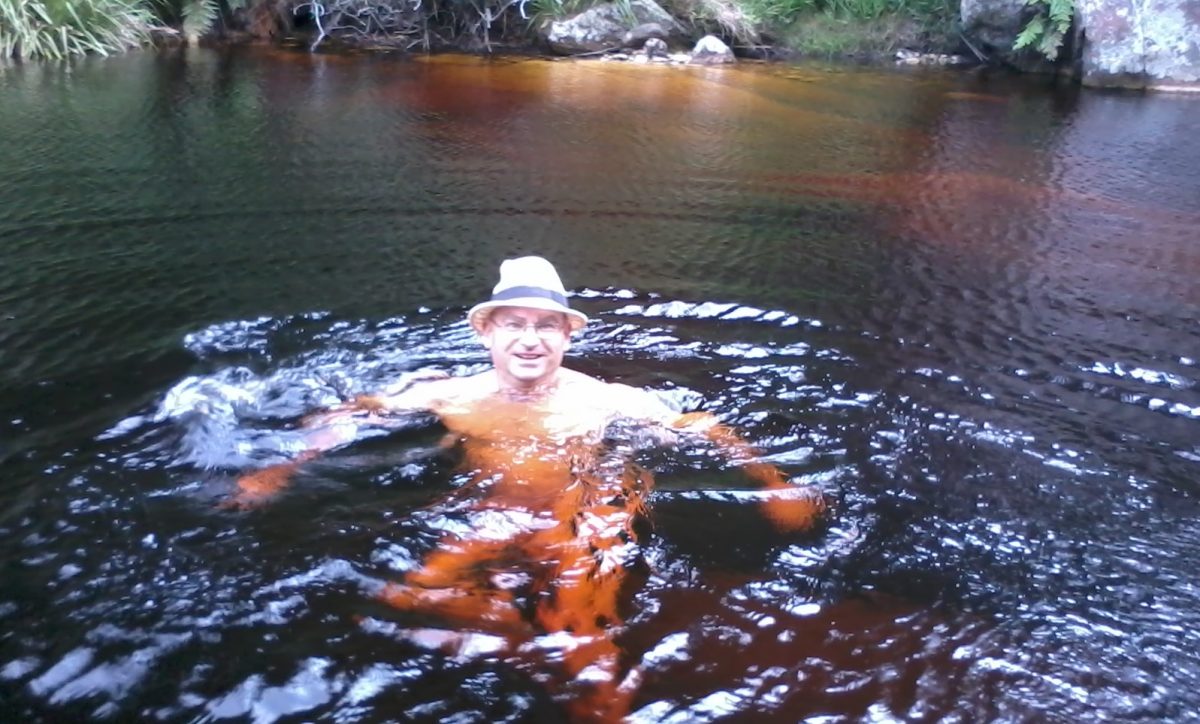 As you may have read in the very first post of this blog, one of the main reasons why we started this project is to show the world that naturists are not some strange dark commune but that actually everyone could be one… Or could enjoy being one if they took the first step.
Our main example of “everyone” is of course ourselves, we write posts about naturism in general but also about our own experiences. But some of you might be thinking “Yes sure, those two are probably just the strange kids in the block…” (nah, we know you’re not thinking that about us, but we’re trying to write an introduction here). So we decided to let other naturists have a word as well.
So please sit back and get inspired!
Meanwhile we already published several interviews with people from all over the world. You can find them in the The Naturist Talks section.
Today we’re very happy to talk to Wayne, 54 years young and member of the management committee of the KwaZulu-Natal Naturist Association in South Africa.
Hello Wayne, tell us something about yourself
I live in the warm subtropical province of KwaZulu-Natal, on the east coast of South Africa. It is an area perfect for naturism; we have warm weather and the wonderful Indian Ocean on our doorstep. I am in my fifties and married to the love of my life, we have been married for more than 25 years, we have a 20 year-old son. I am an engineer, who works in the cane sugar industry. I am also on the management committee of the KwaZulu-Natal Naturist Association (KZNNA), I speak for myself here, not on behalf of the KZNNA.
I am also a Christian, specifically an Anglican who loves to worship God in the “beauty of holiness”. I find no contradiction between my faith and my naturism. A life of faith for me means an integrated life where one feels a deep connection with one’s Creator, with one’s own soul, with fellow humans and with creation. For me, clothes give a sense of alienation, of being cut-off from myself, from others, and from creation. The deep sense of integrated connectedness is felt better without the alienating experience of clothing. 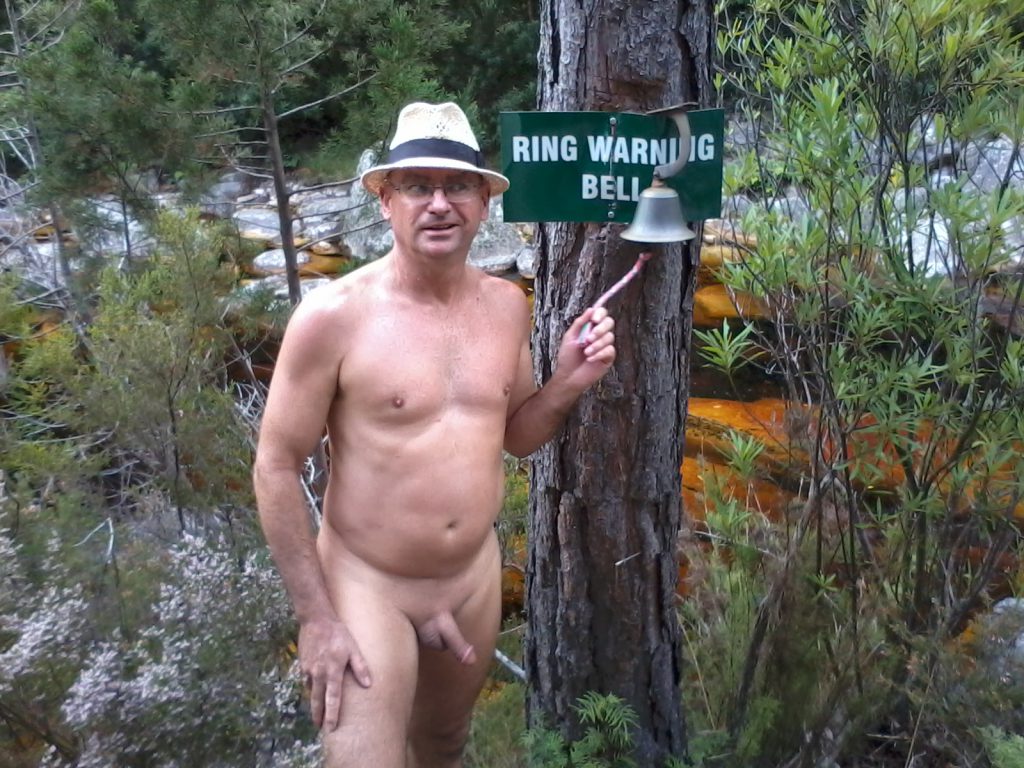 How and at what age did you become a naturist?
Since when I was a boy I loved skinny dipping and would do that whenever it seemed fun, but it didn’t happen very often. In my young adult years the normal activities of work and bringing up our son meant that organised naturism wasn’t at the forefront of life. I still liked to get naked in the garden and when on holiday if it was at all possible.
The first time my wife and I went to a “real” naturist resort was when we were in our mid forties. We snuck off for a wonderful naked long weekend at a resort called Harmony Nature in the Magaliesberg mountains near Johannesburg. It was such an experience driving there being nervous and excited at the same time, not really sure what to expect. We were warmly welcomed and despite the initial strangeness of seeing naked people enjoying the beautiful environment, very soon we too had stripped off and were ourselves enjoying God’s creation without veil or mask. That very positive initial experience has led to many travels and visits to naturist beaches, resorts and villages in South Africa and around the world.
Is naturism allowed in your country and what’s the public opinion?
There are quite a number of private naturist resorts where it is quite legal to be naked, but it is not clear at all if naturism is allowed in public spaces. There are municipal bylaws forbidding nudity on beaches, but there are at least three beaches where naturism has been practised for 30 years or more, and the last time naturists were charged or prosecuted for being naked on those beaches was in the 1970s. The KwaZulu-Natal Naturist Association has been campaigning to have a beach on the south coast of KwaZulu-Natal declared legal for naturism, this is presently under review by the Deputy Public Protector, we hope that he rules in favour of us naturists. 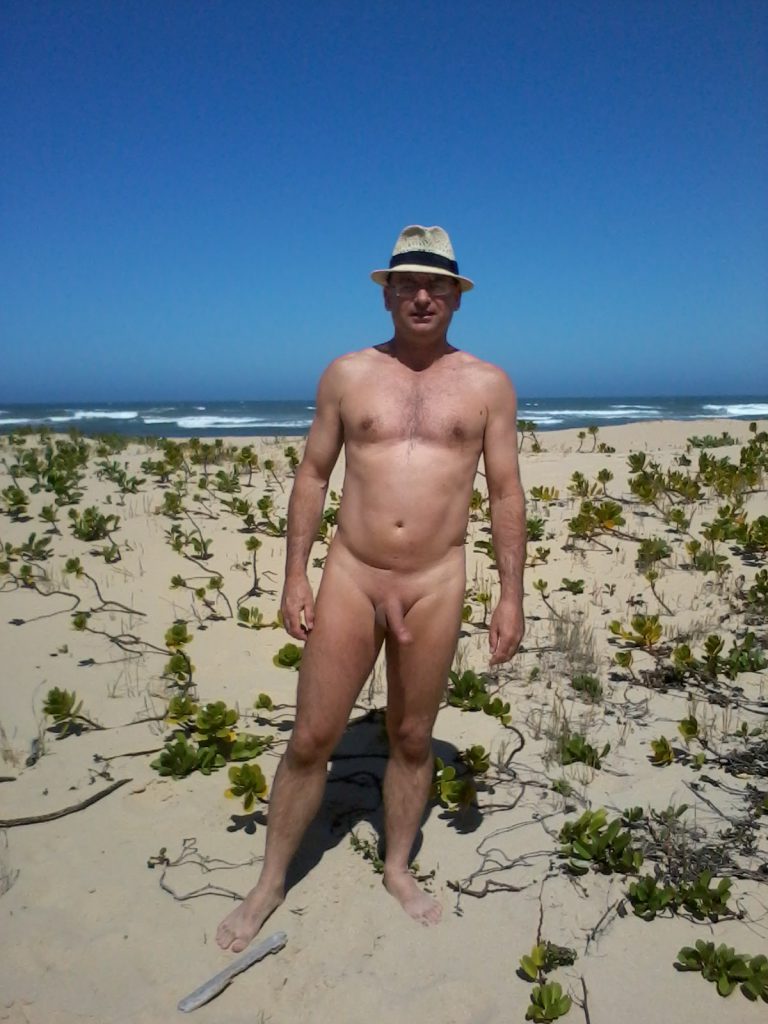 South Africa despite having one of the most modern and liberal Constitutions in the world has like many countries taken a turn towards social conservatism. We also have many cultures with many different and somewhat confused ideas about nakedness and naturism and sadly mostly not positive towards nudity.
We hate to divide people into groups, but we’ll do it anyway…
Do you consider yourself a naturist, a nudist or an occasional nudist?
I definitely like to see myself as a Naturist, somewhat in the mold of the Durville brothers, Gaston and Andre who founded the town of Heliopolis on the Ile du Levant in the Mediterranean. They believed in healthy bodies, minds, souls and relationships and their view was that healthy food with healthy exercise exposing as much of the body to the sun and and good clean air helped to achieve healthy bodies, minds, souls and relationships. My wife on the other hand sees herself more as an occasional skinny dipper, she is not really as convinced as me of the naturist philosophy.
I think for Naturism to grow in the 21st century we need to try to return to the values of the early Naturist pioneers. These pioneers advocated eating less meat, breathing good clean air (so smoking was out) and of course active exercise. As much as body acceptance is an important part of the Naturist ethic I believe we do need to take good care of our bodies and it is my hope that naturists with fit, healthy, unashamed bodies will be a positive influence in helping to strengthen the Naturist movement.
Do you find it easy to make naturist friends?
Naturists are by nature very friendly people and we have found it very easy to strike up conversations with naturists (the alienating influence of clothes is absent). I make no secret of my naturism and my family and church are aware that we are naturists (my priest and his family are occasional skinny dippers, not naturists, a bit like my wife) but naturism is not something that textile people feel comfortable speaking about, I do wish naturism could be discussed with more ease by my non-naturist friends. 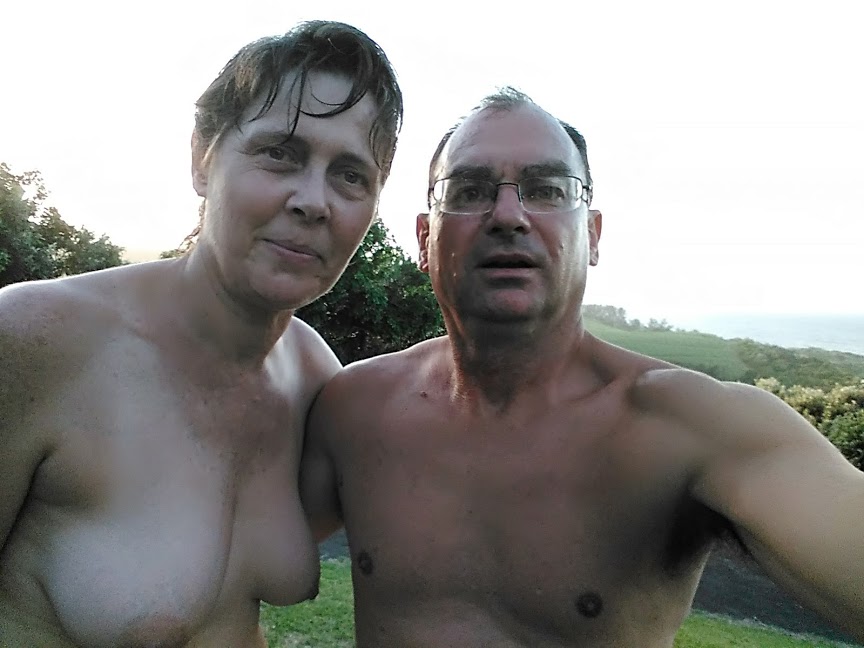 What’s the best tip you have for beginning naturists?
Like religion, the joy of naturism is very hard to explain rationally, both faith and naturism are best felt or experienced: If you experience naturism on the one hand or the sacred, the holy, on the other hand, then you “get” it, the “it” being naturism or faith. So if you are thinking of beginning naturism, just do it: Strip off you clothes and run naked and unashamed into the joy of a naked life.
Anything else you’d like to share with our audience?
Some quotes which may be familiar, some may be surprising.
“Nakedness is the essence of unity and of unbrokenness, of being for the other, of objectivity of the recognition of the other in his right, in his limiting me and in his creatureliness” ~ Dietrich Bonhoeffer in Creation and Fall.
“Is not the body more important than clothing?” ~ Jesus in Matt 6.25
“The glory of God is a human being ‘fully alive'” ~ St Irenaeus c. 202
“In order to swim one takes off all one’s clothes-in order to aspire to the truth one must undress in a far more inward sense, divest oneself of all one’s inward clothes, of thoughts, conceptions, selfishness etc., before one is sufficiently naked.” ~ Søren Kierkegaard
“Full nakedness! All joyes are due to thee,
As souls unbodied, bodies uncloth’d must be,
To taste whole joyes.”
~ John Donne, poet and priest
“What are you waiting for? Tomorrow is promised to no one”
“Twenty years from now you will be more disappointed by the things that you didn’t do than by the ones you did so. So throw off the bowlines. Sail away from the safe harbor. Catch the trade winds in your sails. Explore. Dream. Discover.” ~ Mark Twain

Thank you so much for your participation Wayne!