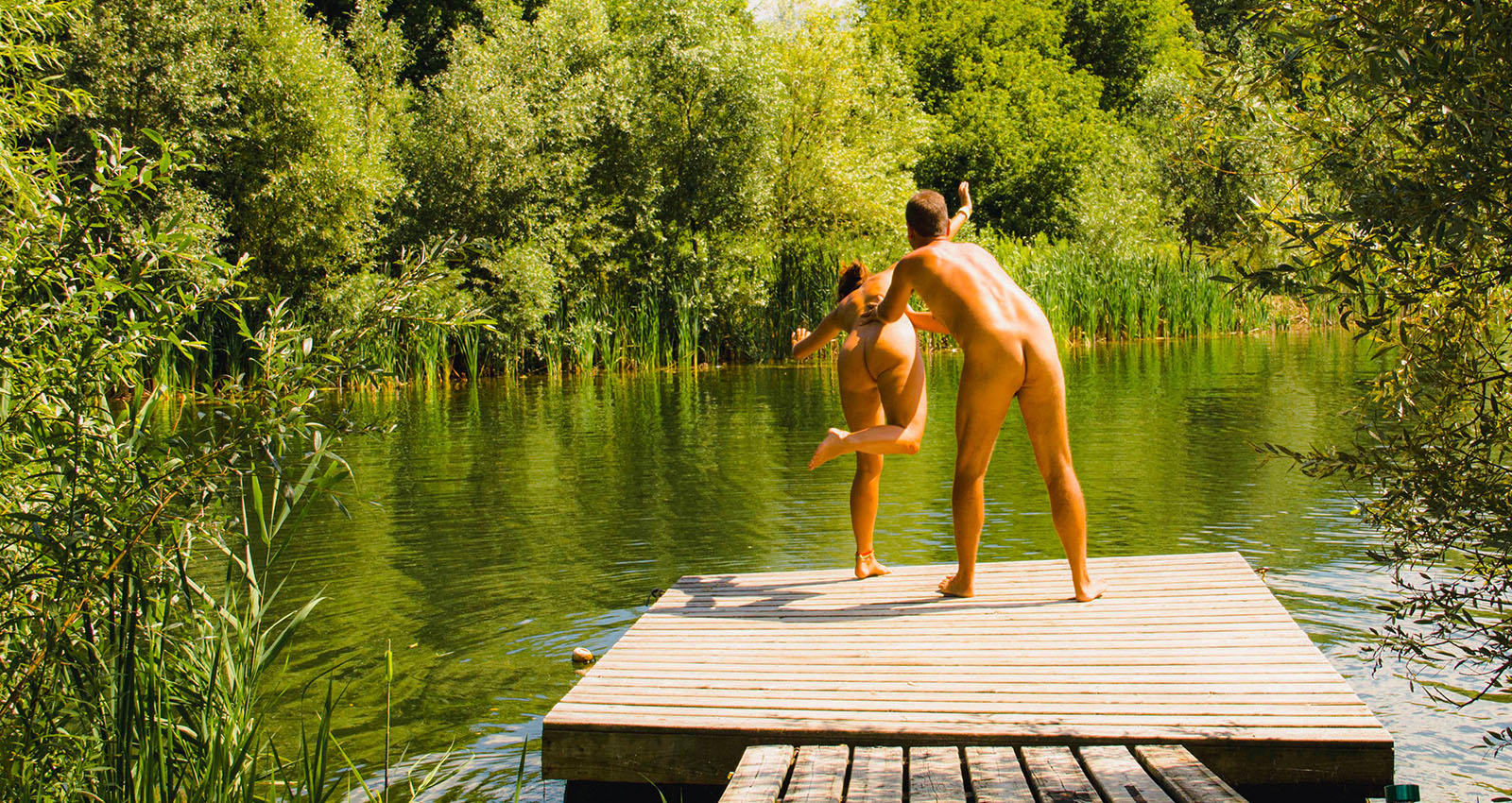 Our friend and colleague blogger, The Meandering Naturist, decided some months ago to take a break from blogging. A pity, if you ask us, as this blog has numerous times been an inspiration for our own blog posts. Luckily, Dan’s writings don’t come with an expiration date and continue to influence our own thoughts and ideas.
Like the other day, when we stumbled upon this short article about the 5 funniest names of nudist events in New York. Truth to be said, the names “Northern Exposure Sun Club” and “Split Rock Hole” caused a wry smile around our own lips as well. We immediately remembered the Meandering Naturist’s blog post about the joys of living naked in which Dan has quite a ramble about the nudist puns that seem to be kept alive by ourselves, the nudists, in the names of our events and facilities. We asked ourselves the same question: Are we making a joke of ourselves?

If you’re a follower of The Meandering Naturist blog, you probably know that although Dan is from the United States, he has quite a preference for European naturist resorts and will regularly compare how naturism is handled in both continents. Most often with the conclusion that the Europeans are just better at this naked way of living.
It’s true, you won’t find a Butt Hutt or Split Rock Hole on this side of the Atlantic. The restaurant at a European naturist resort is most often just called “The Restaurant”. Or they choose something more descriptive, like “The pizzeria”. And in some cases, they aim for a fancy name, like “Le Gaïa” at CHM Montalivet or “La Paillote” at Bagheera.
We could argue that the European naturists might be more boring or less creative than their North American peers. Or that they just take naturism much more seriously. In any case, we’re pretty sure that this phenomenon is very location-dependent. Because even at the most European-style naturist resort that we found in North America, Bare Oaks Family Naturist Park in Canada, they did have a “Bare Bistro”.

The story of the little bird

Back in 2018, Belgium appeared in the international media from the USA all the way to New Zealand with a story about how a little bird prevented the creation of a second official nude beach. Long story short, the dunes behind the stretch of beach that was about to be declared clothing optional happened to be the breeding ground of a rare bird species. The local wildlife agency figured that this nude beach would result in “romantic subsidiary activities” in the dunes, which would disturb the birds. As a result, the local government disapproved of the creation of the new nude beach.
When we first heard this story, we thought “OH NO!”. Once again, the naturists would be pictured as perverts who just want to have sex in public. But then something interesting happened. Instead of writing a story about how those pervert naturists had been stopped right in time, the media contacted Koen Meulemans, former president of the Belgian Naturist Federation, to hear his side of the story.
This was a unique chance for a representative of organized naturism to explain the difference between naturists and “those people in the dunes” on a worldwide platform. And it worked. The articles didn’t talk about perverts, but instead about those funny naked people who don’t harm anyone. Not even a little bird.

The balance between creep and clown

The pendula had swung from one end to the other, as it often seems to do when we talk about non-sexual nudity. For the longest time, the naturists have tried to explain to the world that naturism has nothing to do with sex, until a point where we start realizing that we are picturing the naturist as asexual human beings. We’re all trying to take away the heavy weight of the terms “naturism” and “nudism” by making the topic lighter. And then we appear to be funny naked people who spend their time in the Butt Hutt and go skinny dipping in Split Rock Hole.
We too are an example of this. If you look at our Instagram page as a non-naturist, it must be pretty hard to take us seriously. This has resulted in newspaper articles like SAY WHAT? This couple bares it all traveling the world naked or JINGLE BALLS: We always celebrate Christmas NAKED. Are we too becoming naked clowns? Are we, instead of promoting naturism, just a source of entertainment?

Do we need to get serious about naturism?

Introducing alternative ways of living into civilization is rarely successful from the first moment. And in the history of humanity, naturism is still something very very new. If we look at other controversial ideas that have been – or are being – widely adopted, like veganism for example, we see that they follow a similar trajectory: At first, people will hate it. Then people will make fun of it. And then follows a phase of scientific research that will generate proof of why the idea should better be embraced.
All promotors of naturism play their own role in this. The first naturist organizations had to counter the hate, our generation is the joke, and we think that it’s about time that science starts to get involved. Luckily, this is already happening. British Naturism is already funding scientific projects that investigate the influence of naturism on our mental health. Some of the proof is already there, and we hope that much more will follow soon.
We can’t tell you when this third step in the trajectory will be completed. Or if it ever will. So for the time being, we’ll just continue posting funny pictures on Instagram.

16 thoughts on “Are we making a joke of ourselves?”