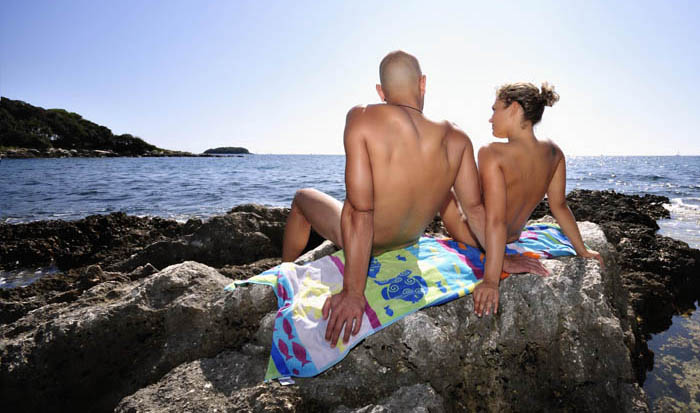 When we talk about having a nude holiday in Croatia, we easily think of Istria. The half-peninsula in the north of the country which is only a couple of hours drive from Italy, Switzerland, Slovenia, Austria, and even Germany. Istria fulfills all of the naturist’s wishes, also those who like to do something more during their naked vacation than nude sunbathing. Huge FKK campings, nudist resorts, and nude beaches cover more or less the whole place. It’s like a naturist province with some small textile parts. But what if we told you that there’s more to the country? Much more!
Thanks to Tadej & Tamara, our fellow bloggers, and readers of Naked Wanderings we got this wonderful map, feel free to share it.

After reading the sad news in a couple of weeks ago’s newspaper that fewer and fewer women on the beaches in France and Spain are willing/daring to sunbathe topless, it was a relief to see that this trend has not reached Croatia. On every beach, actually, in every place where people sunbathe, there were several women of all ages who had taken their top off. Croatia might well be the most topless-friendly Country in the world these days.
This made us wonder… While Croatia gets more or less the same tourists as other European coastal countries, why is topless sunbathing decreasing everywhere except here? We’ve always liked to blame the fashion industry because if every woman would sunbathe topless, they would lose a significant part of their income. For them, sharing isn’t exactly caring. But maybe there’s more to it. Exposing our body, whether it’s completely or only half of it, has a direct link with freedom. People feel more freely by going naked but also need to be free in order to feel comfortable taking off their clothes. With the recent terrorist attacks all over Western Europe, lot’s of fear has gotten into the minds of many, and fear is a huge enemy of freedom. Could it be that this fear is what’s holding back women to go topless on public beaches in many countries except Croatia? 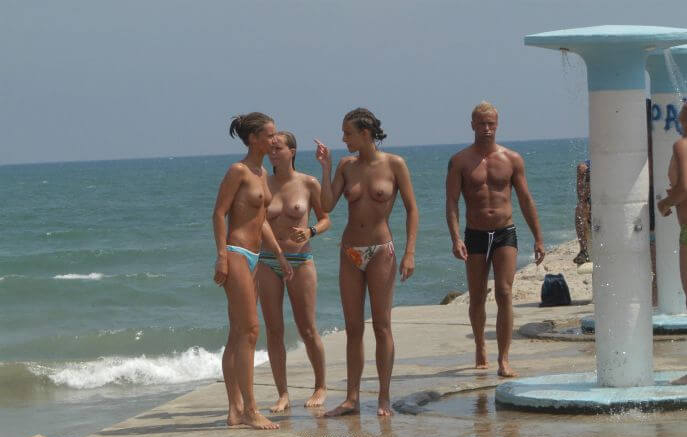 Naturism during the Yugoslavia times

Time for a little history and geography lesson before we continue. Croatia has only been an independent country since 1991. Before that, it was part of a much bigger country called Yugoslavia, which also contained the now independent countries Slovenia, Serbia, Bosnia and Herzegovina, Montenegro, Macedonia, and Kosovo. During the sixties and seventies, Yugoslavia was a very stable country, even though it was a communist nation and the life standard was comparable with the Western European countries. During those times, nudism was booming in the country, tourists came from all over Europe to go naked on Yugoslavia’s beaches and in 1972 the country hosted the Naturist World Congress.
We can think of a couple of reasons for this. First of all, the communist idea is that everyone is the same. Whatever your job or background, you’re addressed and paid the same as everyone else (we’re leaving out the huge corruption of course). Also for nudists, equality is an important factor. Secondly, in communism, there is no religion. So there are no priests, imams, rabbis, or whatever telling you that you’ll go to hell if you take off your clothes among others. And lastly, there was welfare. The times were good and the people felt free. There it is again: Freedom. 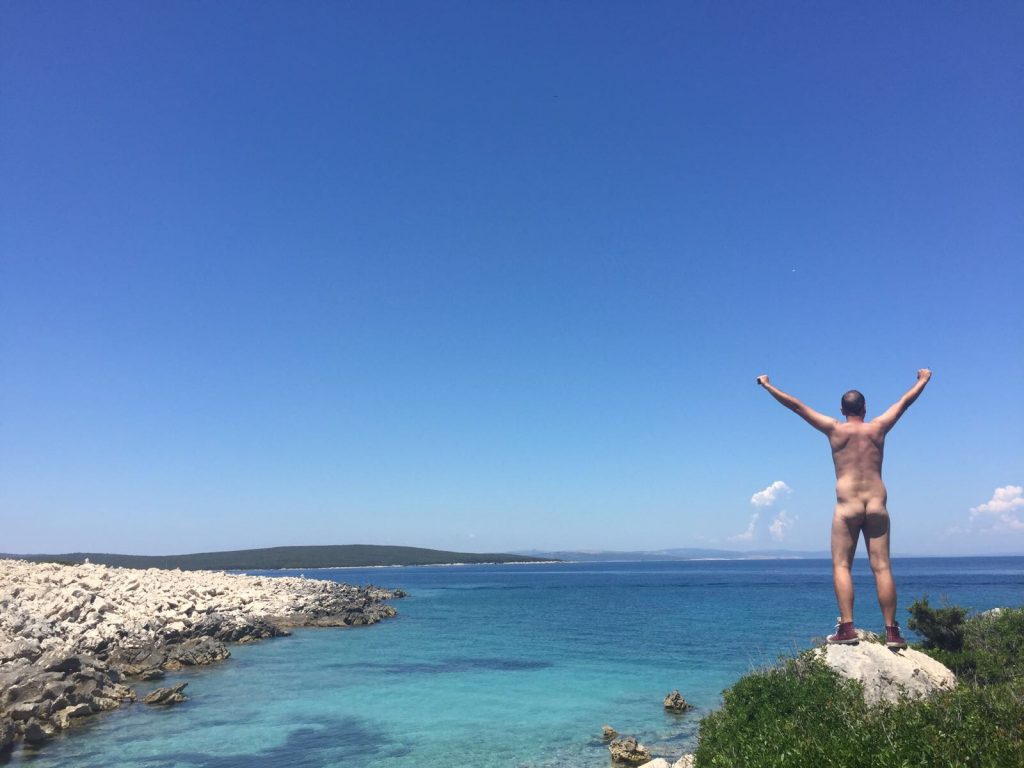 And then the shit hit the fan and a war was started. We’re not going into detail, you can read all about this on Wiki if you like, but people got scared. Scared of the government, scared of the world powers, and scared of their compatriots. The nudist habits decreased to below zero.
But now that war is more than 20 years behind us and what used to be Yugoslavia is now a number of different countries with different habits. The coastal countries Croatia and Montenegro were the first to turn back to nudism. And they did it big time.
When you look at the above map, you see that there are many nudist opportunities in Croatia, ranging from campgrounds to resorts to beaches. As we said in the introduction, Istria is by far the most famous for its nudist places, but along the whole coastline and on every island you never have to drive far to be able to bare it all. On our tour through Croatia, we took this map as our guide and tried to visit as many places as possible, but once in a while, we noticed something different. On our second day, for example, we followed a random walking trail leading towards some Croatian name of which we expected that it would be a village. It turned out to be a beach. When we entered through the bushes, the first thing we saw was a naked family. We struggled a little about what to do, but the woman waved at us saying “please, pass by. We’re just sitting at the entrance because it’s easier for the kids”. Once we passed them we found an amazing rock beach, with here and there people relaxing. All naked. This place was not on the map.
Since then, the same thing happened to us a number of times. Whenever we were walking around and passed a secluded beach, people were sunbathing naked. And with “secluded” we don’t mean that we had to hike three hours and climb a fence to get there. Most of these places were just next to a walking trail. We came to the conclusion that every place along the water, as long as it’s a bit away from the official crowded beaches, is a potential nudist spot. Even if there are textiles around or passing by, nobody seemed to care. Nobody watched us or even gave us a frown. Croatia had gone clothing optional.
Find the best nudist accommodation in the area on NUDE


Picture credit: The last photo in this post is ours, the others are coming from Google and Twitter. If you find one of yourself and you don’t want it to be on our blog, let us know and we’ll remove it.
Naturist Destinations ➡️ Croatia