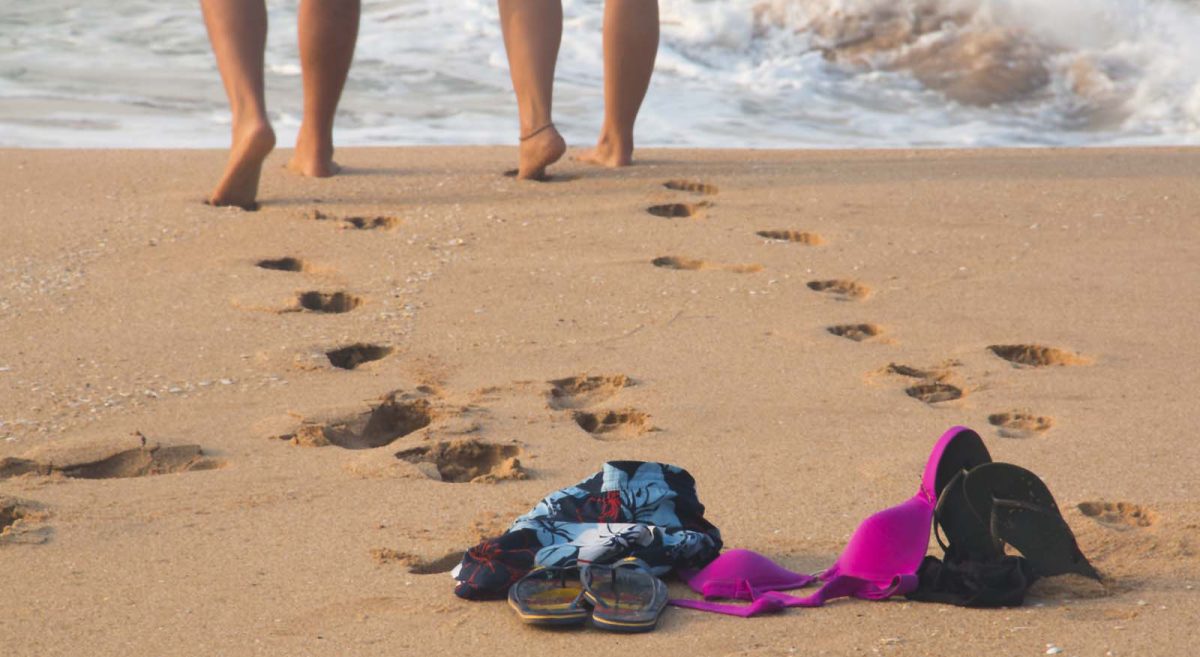 Days in a row we have committed ourselves to roam the Sri Lankan coastline, beach after beach after beach, in search of that little piece of pristine paradise away from any temple or local’s eye, where we could finally be able to drop our pants and fully enjoy the sun.
But we have to admit that our quest wasn’t such an amazing success.
Did that disappoint us?
On one hand, it certainly did. It would’ve been amazing if we could tell you that the Sri Lankan beaches with their white sand and crystal clear ocean would be perfect for your next nakation.
But on the other hand, while many of our fellow nudies had to refrain themselves to saunas or any other indoor activities, at least we’ve spent our time on a tropical island.
So we’re certainly not complaining.
More than ever, the question arose: “Why the hell does anyone want to wear clothes on the beach?”. Or even worse, in the ocean.
In our post about the history of clothing, we’ve told you our ideas about how humanity started to cover themselves, which basics were of course for protection against the elements. But seriously, we dare everyone to spend an hour on a random Sri Lankan beach, have a regular dip in the sea and then try to convince us that the elements were requiring a coverup.
The Sri Lankan sunburns, the sand burns and the ocean water is warmer than the average shower we’ve had lately. If you’ve forgotten your sunscreen and your white ass starts to get a dangerous shade of purple, maybe we would understand, but other than that, no way!

We’re sure that most textiles never question the fact that they wear clothes on the beach. Which clothes they’ll wear, that’s something they do think about, but the option of not wearing any at all often slip their minds. It is what it is, they have been taught to wear bathing suits from a very young age, their parents did it, their grandparents did it and many before them.
Which is a bit controversial, isn’t it? Being clothed appears to be natural while being naked is something one has to consider.
Can we call this evolution?
Charles Darwin will probably wake from his grave and haunt us during the nights to come if he ever reads this, he believed that the strong survive, not the prudes (although being a Victorian he may have approved the clothing policy).
Do influences from government and popes and buddhas and industries evolutionary change who we are? And more important, can we ever reverse this?
Or is it just reluctance or laziness. Have we stopped questioning our way of living or the fact that there might be something better out there? Just around the corner, only one step out of our comfort zone.
Do we wear clothes because we’re supposed to? Just like we pay taxes and wait in traffic jams to go to a job we hate? (except that we don’t even complain about it).
We can’t ignore that it’s something deep, over the last 2000 years people have been telling us that we are supposed to be dressed, especially when anyone can see us and if possible at all other times as well. Only some of the world’s population have broken this boundary and asked themselves how life would be without clothes. Very few ever regretted this thought.

So we can blame evolution, the human unwillingness to change what they’re used to and their addiction to the rat race. But then Europe’s uprise of nudism in the 1920s should’ve had a much bigger influence, no? More people should’ve given it a try and noticed that it was not that far out of their comfort zone as they initially imagined. In fact, it was much closer.
Sometimes we receive the comment that being naked is not modest, not polite. You don’t pick your nose, you don’t spit on the floor, you don’t fart at the dinner table and you don’t let it all hang out on the beach.
Well, after having traveled a bit through Asia, we can tell you that people do spit on the floor, the same people who won’t show a single bit of skin within the knee-elbow-neck triangle. Of course, these are cultural differences and we should not compare the Asian habits with the European ones, but yet it proves that these rules are purely human-made.
People do stuff that’s considered rude to others all the time. Some spit, some fart, some yell, some swear and some don’t say thank you when the waiter brings their drink. It’s human, we do it all the time and if someone else does it we think “what a jackass”. But when more than the lumberjack’s standard allowed portion of butt crack is shown, all hell breaks loose. People cover their children’s eyes, spit, yell, swear, depending on their rage maybe also fart and reach for their cell phone to call the police. We’ve crossed a line here. This has to do with more than modesty. 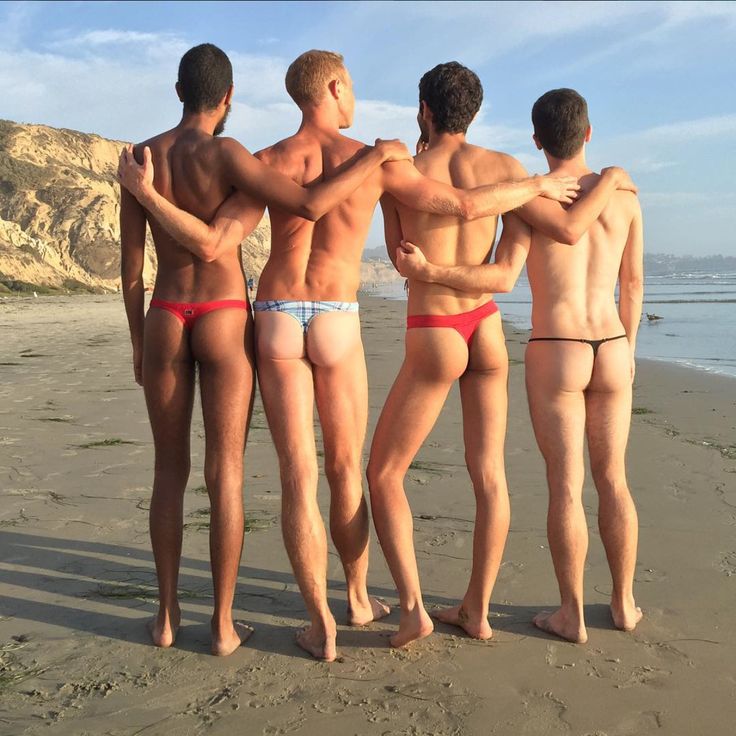 About 5 years ago we were in Brazil, more specifically in Rio De Janeiro for Carnaval. And we can tell you, everything you’ve heard about it is true and it’s often even a lot worse. People get drunk, have fun, mingle their tongues, find an empty spot on the beach and get pregnant. We’ll never forget the government signs on each street corner saying “Drink water, use condoms”. All of this hedonic partying is possible because people are covered, often even unrecognizable.
Other than the Carnaval madness there’s something else with the Brazilians, they care a lot about their bodies and they are very proud of it. It’s one of those countries where the most corrections on breasts, bellies and behinds are performed and they have about 7500 kilometers of coastline to show their corrections to the world. Any kind of textile is, of course, a factor that would hide their beauty, so they wear the tiniest bathing suits one has ever seen. And the most expensive ones if you’d count the price per inch of fabric.
But yet they do wear bathing suits.
More than once we thought we spotted a nudist on a textile beach because their bathing suits were so small and pulled up that they couldn’t really be seen with the naked eye. And we’re not only talking about women, Brazil is the place where it’s completely normal to meet your boss in his G-string on the beach, but naked? Oooooooh no!
Although nudism is certainly starting to boom in Brazil as well, most Brazilians (and we can pull this line through many other nationalities) will still opt for that little cover-up. That small part of our body that we don’t want the world to see. Are we ashamed about it? Are we ashamed to see others? In Dutch, the pubic area is called “schaamstreek”, which literally means “shame area”. We rest our case.

History has influenced humanity from so many sides to start hiding their nudity. To be ashamed of it and to be modest with it. Until the point right now that most people think that being clothed is our natural state. Much more natural than being naked. No matter for what reason, we can only hope that one day people’s eyes will open. That people will see that there’s nothing wrong with being naked. That we can roam Sri Lanka’s beaches in our bare asses.
Picture credit: Some of the photos in this post are coming from Google and Twitter. If you find one of yourself and you don’t want it to be on our blog, let us know and we’ll remove it.

12 thoughts on “The Bathing Suit Burden”