The other day we asked in our Naturist Travel community on Twitter what people’s most important factor is when deciding on a new naturist destination. As expected, the answers were very varied, but a number of people answered that the most important thing is to check whether it’s a “true” naturist resort.
Of course, we can interpret this in different ways, because naturism means different things to different people. Maybe they mean a resort that is nude obligatory and not optional. Maybe one that encourages diversity, or one that doesn’t have quota. That could all be, but given the explanations, it seemed quite obvious that most of these respondents were referring to swingers resorts. 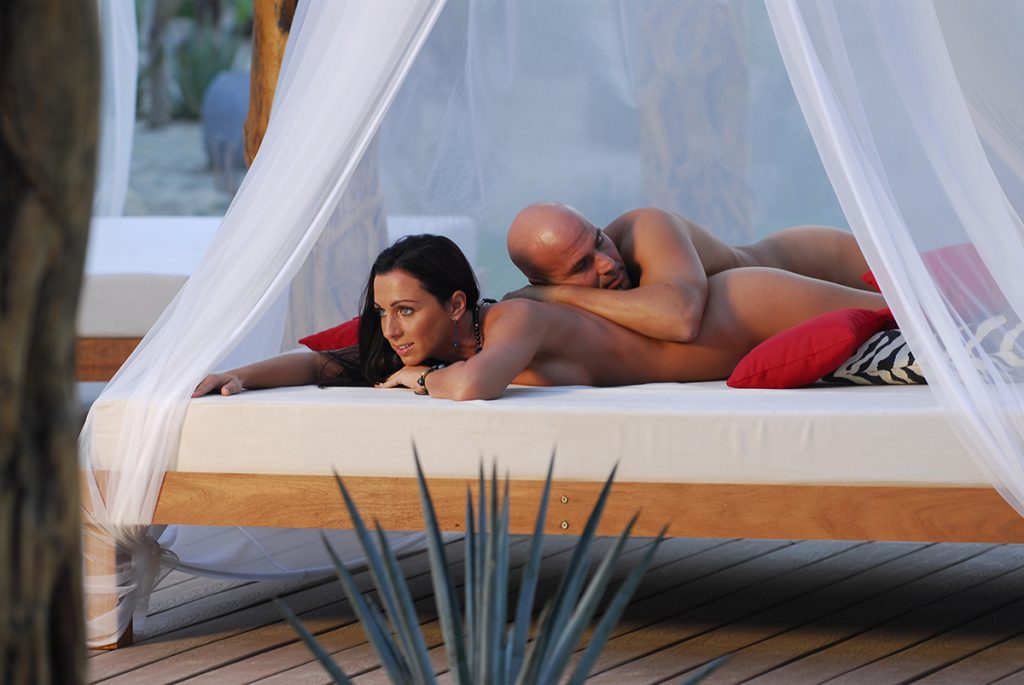 This may sound like an unrealistic concern, because why would a resort call itself “naturist” when it’s something different? Won’t this just create confusion and result in unhappy customers? It’s like calling your place a vegetarian restaurant and then putting steak and lamb chops on the menu. It’s just asking for trouble.
This was our first opinion as well, but from what we heard, read, and experienced, it’s actually more common than one would think. Now we don’t want you to get paranoid, the very large majority of naturist resorts around the world are exactly what their name suggests: Venues where people enjoy social nudity in a non-sexual way. But there are exceptions, where the non-sexual part is being ignored, or even discouraged. For a variety of reasons.

Almost a decade ago, we had a booking for a naturist guesthouse at the Brazilian Coconut Coast in the Bahia state. When we arrived in the early afternoon, it seemed like we would pretty much be the only guests. We checked in and went to the beach. When we returned, many hours later, to our surprise the place was packed. There were people everywhere and there was music and dancing. But there were also condoms around the pool and most guests were engaged in activities that we prefer to keep for the bedroom. Quite shocked and surprised, we retreated to our room. When we woke up the next morning, the place seemed as empty as the afternoon before.
This was the first and only time when we ever encountered a swingers party at a naturist venue. Truth to be said, the day before the owner of the guesthouse had given us a long explanation and we had been nodding as if we fluently understand Portuguese while we couldn’t grasp a word of what she was saying. Maybe she had warned us about the evening event, or maybe not. We will never know.
When we talked about this with Brazilian naturist friends, they told us that swingers parties at naturist venues were not uncommon. For the simple reason that swinging was illegal. If the guesthouse had called itself a “swingers guesthouse”, it wouldn’t take long before the police would be on the doorstep to close the place down and probably arrest everyone there. So the owners chose to hide behind the term naturism, which is legal in the country. 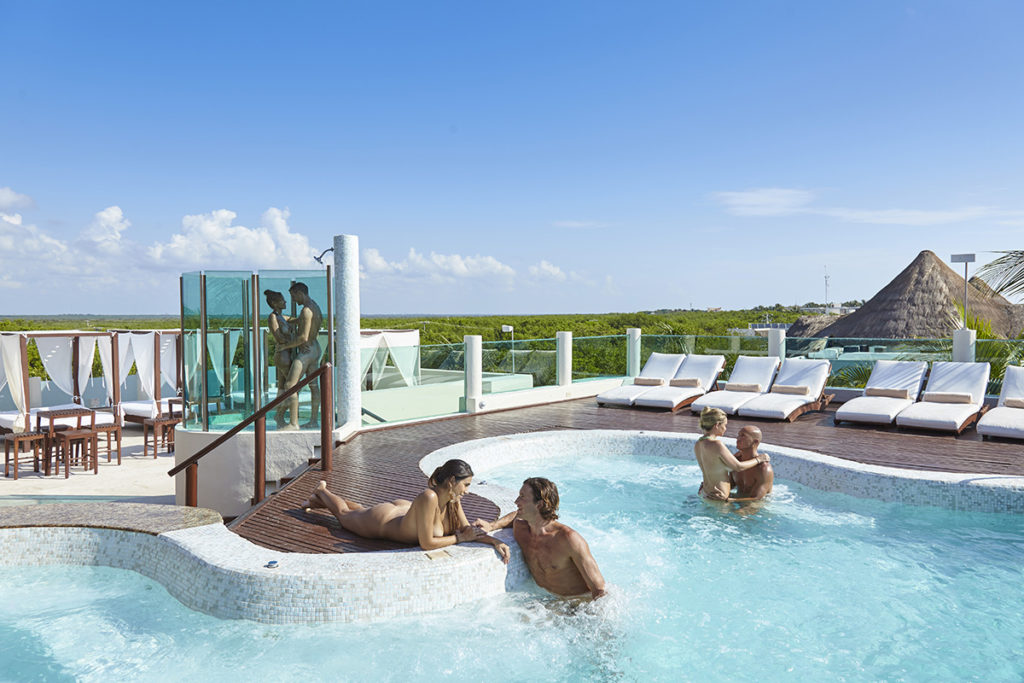 We often joke that if we want to become really rich with content creation, we should have started a swingers blog instead. Because apparently, there’s much more money in swinging than there is in naturism. If you look at the prices of swingers resorts and cruises, those are just outrageous. And new ones keep coming every year and always they seem to get fully booked. Sex sells, that much is certain.
Resort owners realise this as well. Quite some naturist resorts are not exactly very profitable businesses and the owners are sometimes reluctant to kick out guests just because they don’t behave according to the naturist etiquette. So they decide to turn a blind eye to what is going on in the interest of their business. Others actively start to cater to the swingers community because of the fresh money streaming in. But they keep the name naturist (or nudist) with the hope of being able to play both sides of the fence.
Cap d’Agde is a famous example of this. What once started as a revolutionary naturist destination, has now turned into something that became very hard to describe. Yes, you can still have a genuine naturist vacation, but don’t let your kids roam around freely because they might see things that you don’t want to explain before they turn 21.

Naturism in itself is still often taboo. It’s something lots of people prefer not to talk about because they are afraid of the reactions of others. They are afraid that others won’t understand that it’s non-sexual. Now imagine that you’re a swinger and that what you do is actually all but non-sexual… Therefore, some swingers prefer to talk about themselves as naturists. Naturism is becoming much more accepted in many parts of the world than swinging.
It’s similar for resort owners. You might already find it difficult to explain to your family and friends that you want to start a naturist resort, so how would you tell them that you’re going to create a space where people come to swap partners and have sex in public? And what about the neighbours, how will you ever get them to agree with this? So these resort owners choose the easier road. It’s understandable, but it’s completely wrong. 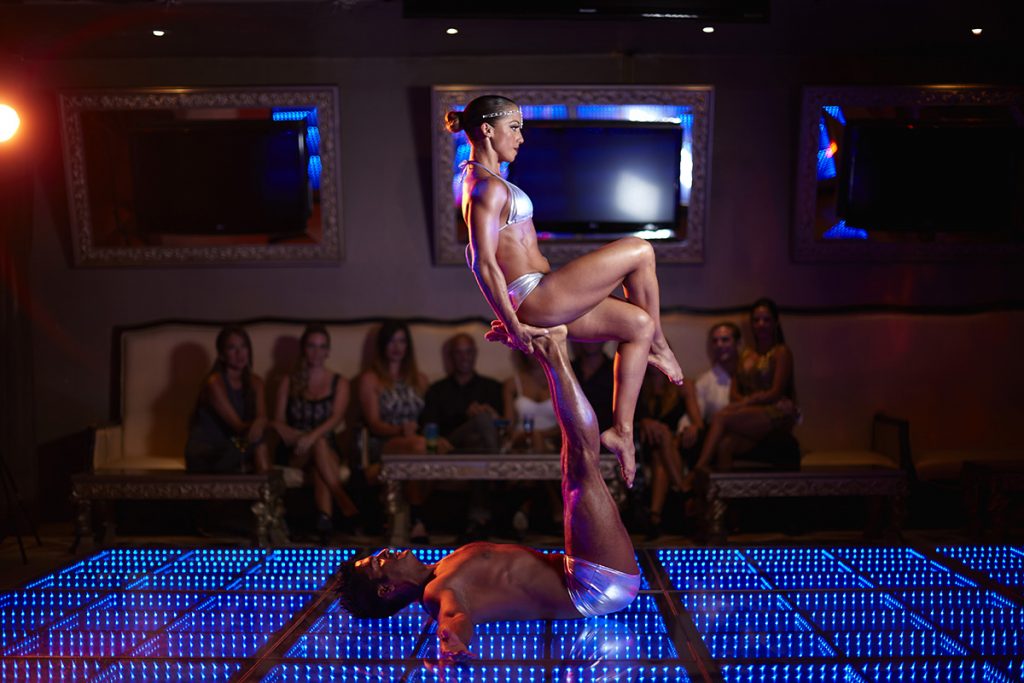 It’s not our goal to picture swingers as bad people here. We don’t have anything against it. In fact, we believe that the world would be a much better place if everyone just did whatever they enjoy doing the most. Even if that means going to parties where the edge of the pool is covered with condoms. But just don’t do it at a naturist resort, because that only creates confusion and disturbs the other guests.
To give you another example of Cap d’Agde, we’ve heard from several people who visited this mythical place for their first naturist experience. But when they accidentally wander towards the infamous “bay of pigs”, they decide that naturism is nothing for them. Even though what they’ve seen could hardly have been more different from naturism. And this knife cuts on both sides because there must also be others, who loved the sexual scene and decided to become “naturists” just because of that. Imagine their confusion when they book their next vacation at a genuine naturist resort.
So if you are a swinger or you’re into sexual social nudity, here’s our shout-out to you: It’s time to get real about what you do. Get on the barricades and tell the world that this is your choice and that you should be respected for it. And tell the resort owners to drop the name “naturist” and to call their place something that is clear for everybody. Then there will be no more confusion and life will be easier for all of us. 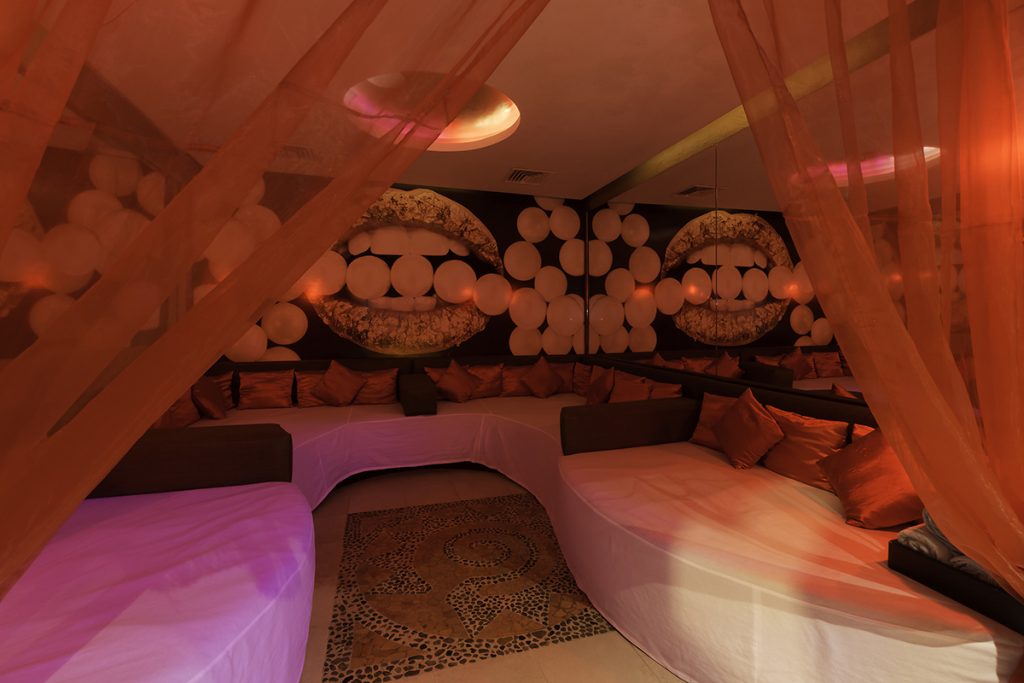 How to check if it’s the right place

Although we might dream of a world where everything is clear and obvious, we’re afraid that the swingers scene will partly remain in the dark for quite a while to come. Luckily, as with any hidden community, there are always signs that will give you an indication that you’ve stumbled upon the right (or wrong) place.
The best thing you can do when researching a new place is read the reviews. Sometimes it will be obvious, like when someone comments that there’s some “excellent swinging here”. Other times you may want to look at the terminology. In the Americas, the term “lifestyle” is often used. In Europe, on the other hand, it’s more common to talk about “liberal”. Unfortunately often in combination with naturism, so “liberal naturism” is quite the opposite of naturism as it’s described in the dictionary.
It’s said that there are also visual clues. We’ve heard about pink flamingoes, pineapples, certain types of jewellery, and so on. We’re not at all experts at this, and to avoid getting unnecessarily paranoid, we don’t really look for these.
Another great way to figure out the real purpose of a resort is to look at the events and facilities. Although once again, you need to be aware of the lingo. For quite a while, we thought that a “playroom” is something for the kids (kid you not). And when there are sexy lingerie parties or leather parties being organised, this should set off the necessary alarm bells.
PICTURE CREDIT: The pictures in this blog post are property of Desire Resorts, a chain of sexual nude hotels that do not hide behind the term “naturist”.

9 thoughts on “Why do non-naturist resorts hide behind the name “naturist”?”