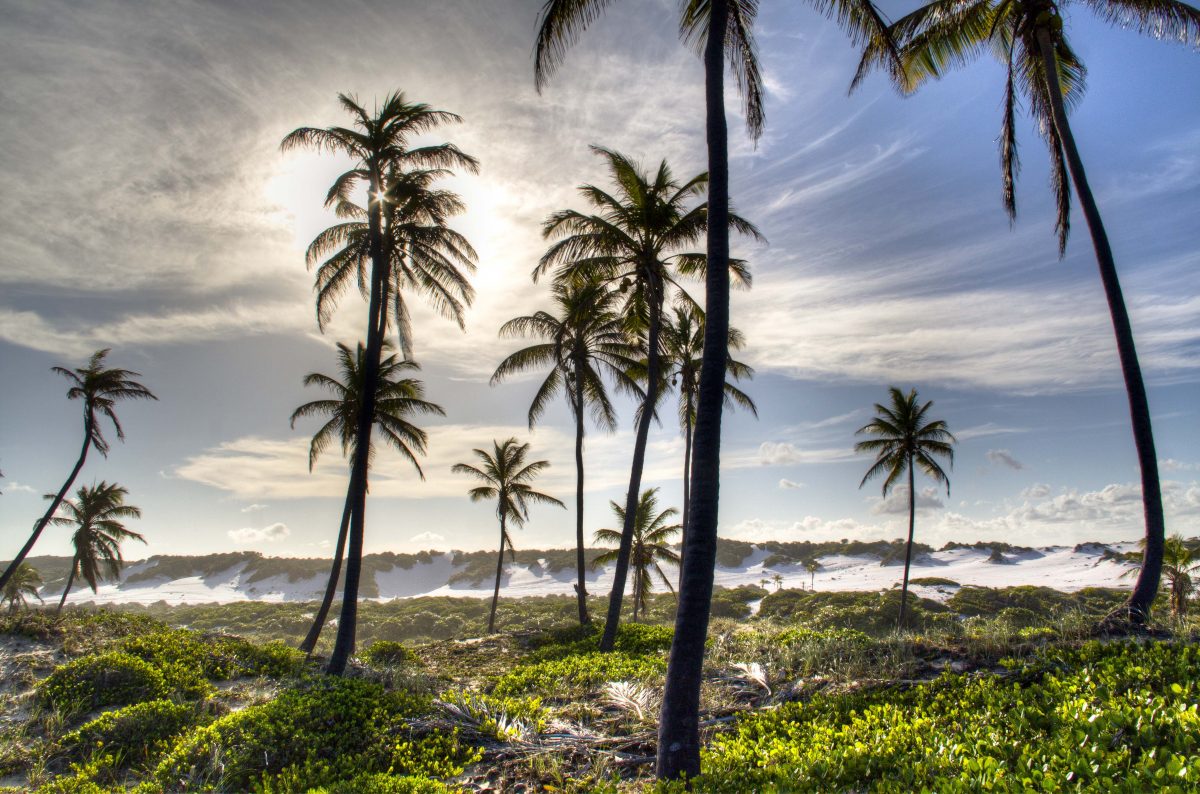 Some time ago we’ve written a post about awkward situations that could happen to nudists, more specifically awkward situations that have happened to us while we were in the buff.
But the best one (at least according to us) we haven’t told you yet, because it’s word a whole post.
Like every good story it starts with once there was a couple tourists in Brazil. That couple was Nick and Lins.
Now in Brazil there are some nude beaches here and there, but somehow we failed to get to every single one. Either it was too far or it was raining or it was impossible to get to without the car… There was always something coming in between.
Except when we were in Salvador. We did some research and found the most beautiful beach in a place called Massarandupio at the Coconut Coast. It could not get more idyllic than that.
While researching we also found out that the town had two nudist pousadas (the Brazilian B&B).
Perfect!
We booked a room and the day after we took the bus to Massarandupio.
The town was amazing, the pousada was amazing and soon we were off to the beach and found out that it was one of the most beautiful places we had ever been.
A huge strip of white sand, coconut trees and the crystal clear waters of the Atlantic ocean. And best of all, finally we were able to spend our day butt naked. 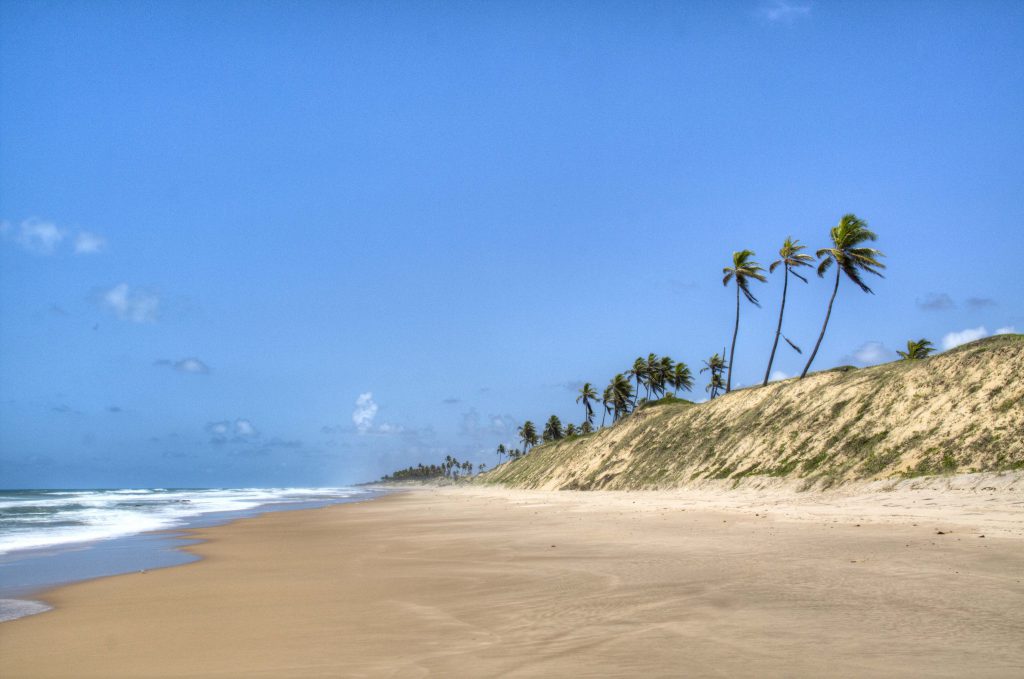 After a couple of hours of relaxing on the beach and swimming in the ocean we moved our naked asses to the comfortable chairs of the only bar on the beach and soon we got to meet everyone else there.
We had a blast!
Friendly Brazilians, good conversations and sun, sea, beach and cold beer.
Among the people we met were W. and S. (we don’t want to use their full names because we don’t know if they’d appreciate that) with whom we got along very well. In the evening we went to their vacation home in town and had a barbecue, a lot of beer and great conversations.
The day after we met again, spent the whole day at the beach (and the bar) together and in the evening they dropped us off at our pousada and told us they would come over there later that night.
We had no idea why they wanted to come to our pousada because there wasn’t much to do there at night but since Massarandupio is a small town we figured that they probably knew the owners.
When we had left the pousada in the morning it seemed like we were the only guests, but when we came back there were at least 30 to 40 people. There was music playing and they had some mood lights we didn’t see the night before either.
Maybe a group had arrived while we were at the beach… Who knows.
We went to our room to take a shower and then wanted to explore what the party was like.
Right when we came out of our room Lins said: “Look over there, that woman is giving that man a blowjob”.
Nick looked, but it was dark and the couple was in a hammock so he couldn’t really see what was going on and responded that she was probably wrong. Probably the woman was just resting her head on the guys lap. Probably… 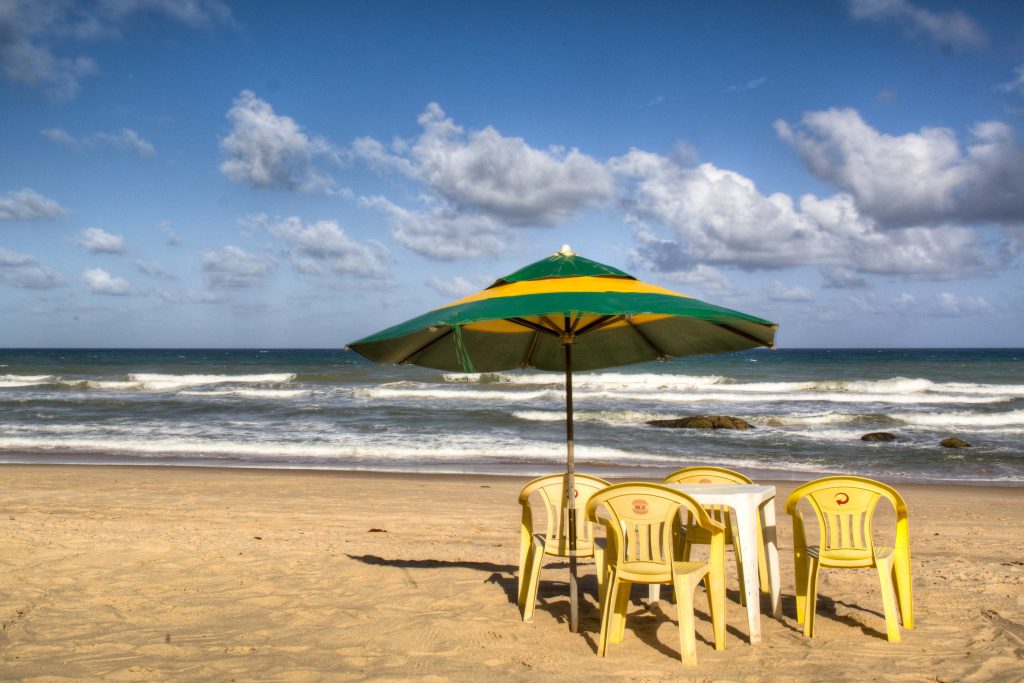 We decided to walk towards the pool where most people seemed to be and when we got there we noticed that Lins had probably been right… There were (unused) condoms laying around the pool and people seemed to have sex everywhere… with everyone…
This was something we had never seen before.
“What is this kind of place?”
“What do we do now? Back to our room?”
“Or get out of the pousada and come back late at night?”
“What will the people here think of us?”
“Maybe they think we want to join?”
When it seemed like things could not get any more uncomfortable, W. and S. walked in.
At the moment we saw them we immediately made the same conclusion…
“OH MY GOD! They came here to have sex with us”
We made up a lame excuse that we hadn’t eaten yet and wanted to do that first and so we walked out of the gate towards the only restaurant in town and decided that we were not going back before late at night when everyone was gone.
The only thing they served in the restaurant were hamburgers.
After about 5 minutes we had eaten and were looking for something else to keep us busy the whole evening.
We decided to have a beer.
And another one.
And probably a couple more.
Until finally we got somehow bored, relaxed or drunk enough to realise that we were both huge chickens.
“What’s the worst thing that can happen if we go back?”
“It’s not that they’re going to rape us or anything”
“W. and S. are such nice people, I’m sure they won’t take this the wrong way”
“Let’s go back and try to explain that this is a huge misunderstanding” 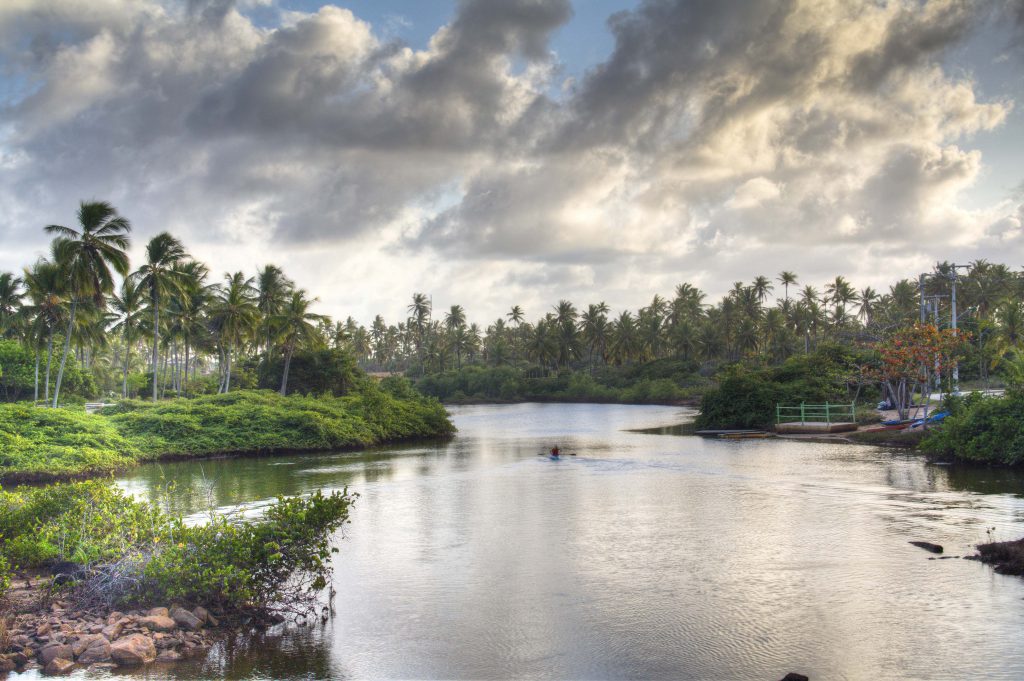 And back we went.
W. and S. looked at us with big smiles when we came through the gate again and before we could explain anything W. said: “You didn’t know that on Sunday evening there’s a swingers party right?”
Indeed, we had no idea.
But the best news that evening was that W. and S. were no swingers either.
They just knew several of the guests and liked to hang around at the party.
“We only watch, no touching”.
What a relief!
The evening ended great, we spent more time with W. and S. , had more beers (yes a lot of our travel money in Brazil went to beers), and watched people having sex.
At a certain moment Nick was having a discussion with a Brazilian guy about cultural differences between Brazil and Europe while the guy was having sex with a woman.
That was by far the most awkward situation ever.
So if you’re ever planning to go to Brazil, know that swinging if forbidden over there and that swinger parties happen under the name “naturism”.

Not that you should care though, you’ll have a great story to tell afterwards.