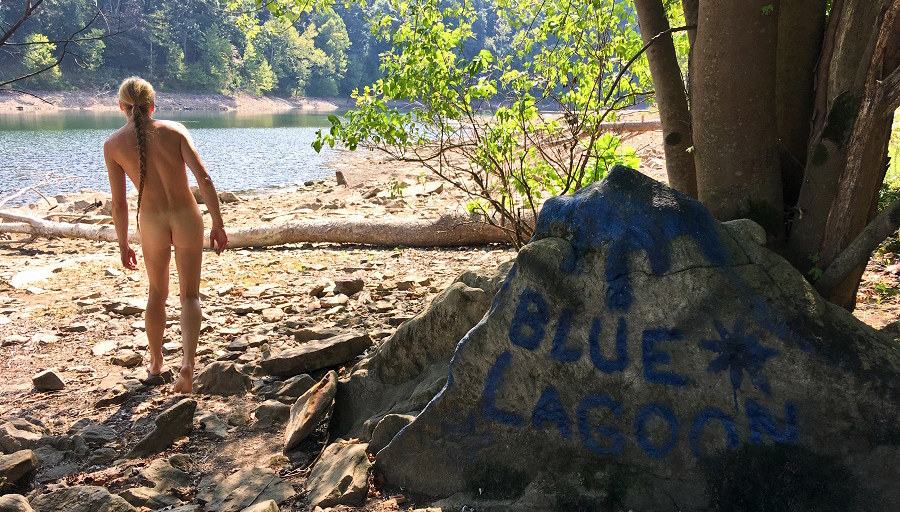 Naturism is a wonderful lifestyle that we try to enjoy as much as possible. In as many places as possible. Most of the time we share our own views on the different aspects of nudism but once in a while we like to pass the mic to hear about how someone else’s experiences. Via this Naturist Talks interview series, we listen to naturists from all over the world. They share their experiences, tips and stories about naturism and thanks to them we keep learning about the different aspects of life in the nude.
Our guest for today is Zharth, a naturist from the USA.

Hello Zharth, please tell us something about yourself

I try to strike a balance between expressing myself on the internet, and preserving the details of my life that should remain private. I don’t mind saying that I’m currently in my ’30s, and living in the eastern United States. I’m an introvert, and a bit of a recluse. But as a blogger and a self-portrait photographer, I’ve found in the internet a medium through which to express myself, documenting my journey as a nudist, alongside my experimentations with gender, and my liberated approach towards sexuality, especially in the arts.
These are all interwoven aspects of my personal philosophy and online presence, and while it is not my intention to blur the distinction between sex and nudism, I think it is as important in our culture to be sex-positive as it is to tout the physical and psychological benefits of nudism, especially in terms of the relationship we have with our bodies. 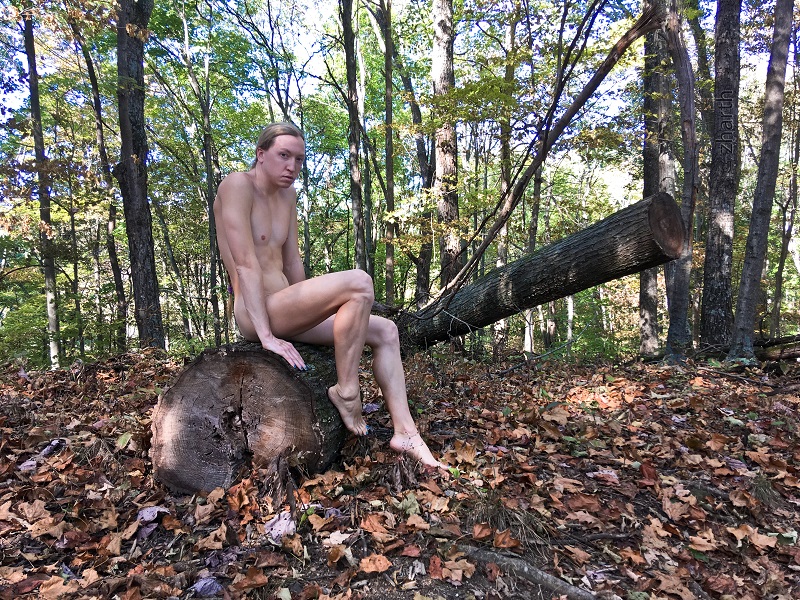 Some people come into nudism by chance. Others by considered effort. It took me a while to fully embrace it, but there’s a part of me that has always been driven to nudity. I grew up in what I would consider being a typical American household. I wasn’t taught outright to be ashamed of my body, but it was implicitly understood that nudity was to be kept private. Yet, I have scattered memories of incidents throughout my childhood, in which I would find a private moment – sometimes outdoors – to strip off my clothes and simply take in the sensation of being naked.
During my adolescence, these experiences merged with my sexual awakening, in a confusing embrace that has probably informed the exhibitionist streak I have to this day. In a world where sex and nudity are equally taboo, I had no framework by which to separate the two. It wasn’t until after I had reached adulthood, and overheard a conversation in a coffee shop about people practicing “nudism” in their bedrooms, that I began to research it online, and discovered that there were people out there who liked being naked for its own sake – that getting a sexual thrill was just one among many other legitimate reasons to enjoy nudity.
At that point, I started spending a lot more time naked – at home, and occasionally slipping out under the cover of night – becoming more and more comfortable in my skin. I considered the possibility of visiting a nudist camp but didn’t work up the courage to go until I had talked it over with an open-minded friend who was willing to go with me. We went for a day trip and enjoyed it so much, we went back again before too long. And then again, the following season. And again, every season since, for the last ten years! Now, it’s practically our home away from home, and I feel fully integrated into the lifestyle. 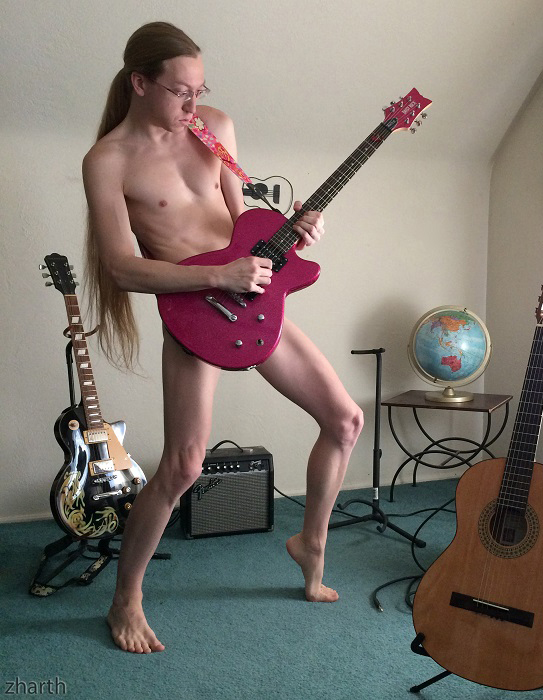 The United States has a complex relationship with nudity. On the one hand, nudism is generally permitted by law – albeit only on private property, isolated from public view. The consensus of public opinion seems to be that public nudity is frowned upon, and often written up as “indecent exposure” (although this depends on interpretation, as well as variations in local and state laws), in spite of the fact that there are sometimes exceptions made for political protests or artistic purposes.
It’s not illegal to be a nudist in this country, but it does tend to carry a social stigma; as a result, some nudists keep their lifestyle a secret (often restricting their freedom to practice it) for fear of losing friends, family, or their job. Overall, I’d put us pretty high on the world index of naked freedom, but that doesn’t mean we don’t still have a lot of room to improve.

Must I really pick only one? Last year I published a book titled Why Nudism?, exploring twenty-five reasons I prefer to practice a clothes-free lifestyle. To sum up a year’s worth of work in a single sentence, I like nudism for its symbolism of truth and honesty, its rejection of arbitrary and self-defeating cultural standards, because it’s convenient and comfortable, satisfies the spiritual connection I have with nature, and delights my artistic sensibilities. It would be a cliché to say that my favorite thing about nudism is the simple feeling of joyous freedom that being naked brings (which it does), so let me choose a more controversial answer: the best thing about nudism is the opportunity to see beautiful naked bodies in their natural state, without all the unnecessary sexual baggage that textile culture is wont to heap on it.
As for what I dislike about nudism, there are obviously the frustrations of living in a textile culture that doesn’t share my sensibilities towards nudity, and the frequent need to put on clothes when I’d rather be nude. But one of my biggest pet peeves about the lifestyle itself is how much of taboo cameras are. I feel persecuted enough by the textile public for walking around with a camera – we live in a paradoxical culture where everyone is obsessed with taking pictures of themselves (myself included), yet equally paranoid about how they appear in other people’s photos – something to which nudism, with its approach towards body acceptance, ought to position itself as a remedy. As much as I might relish the idea of one day retiring to a nudist community where I’d never have to get dressed, I know I wouldn’t be happy living in a place where I couldn’t pull out my camera on a whim – especially a place surrounded by so much natural, naked beauty. 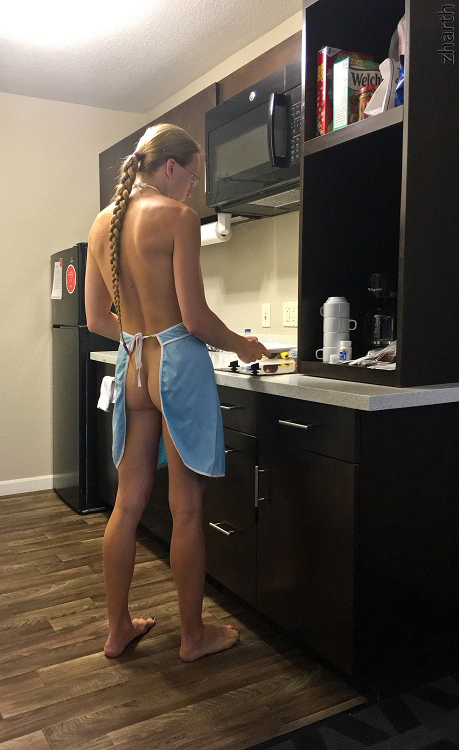 Yes. In fact, I’ve found that it’s easier to make nudist friends than it is to make friends nudists. Whether it’s because the lifestyle attracts certain personalities, or if it’s just the fact that we’re all so open and exposed to one another, I’ve found that people I meet at nudist resorts tend to be, on the whole, friendlier and more welcoming than textiles. I’m an introvert, and not prone to excessive socializing, so I don’t typically make friends easily, but I’ve had no trouble doing so in the nudist community. The regulars at my nudist camp of choice are practically a second family! Which is nice, because I’ve had less success turning my family onto nudism.

I’ve written tutorials about getting started in nudism – strategies will differ depending on your circumstances, particularly who you live with (e.g., parents, a disapproving wife, or kids of your own). But it really boils down to this: just do it. There’s a lot to learn from engaging in nude recreation – especially socially – but it’s all stuff you can pick up on the fly.
I understand that it can be nerve-racking taking that first skinny dip (I’ve been there), but you’ll thank yourself for doing it sooner rather than later. Nudism, in my experience, is a very relaxed, welcoming environment. All those things you’re worrying about (including the long list of rules at most resorts) are really not as big a deal as they seem. Be friendly, use common sense, and you’ll go far. And if you find out that you don’t like it after all, there’s no harm done. That’s just one more thing you’ve learned about yourself. 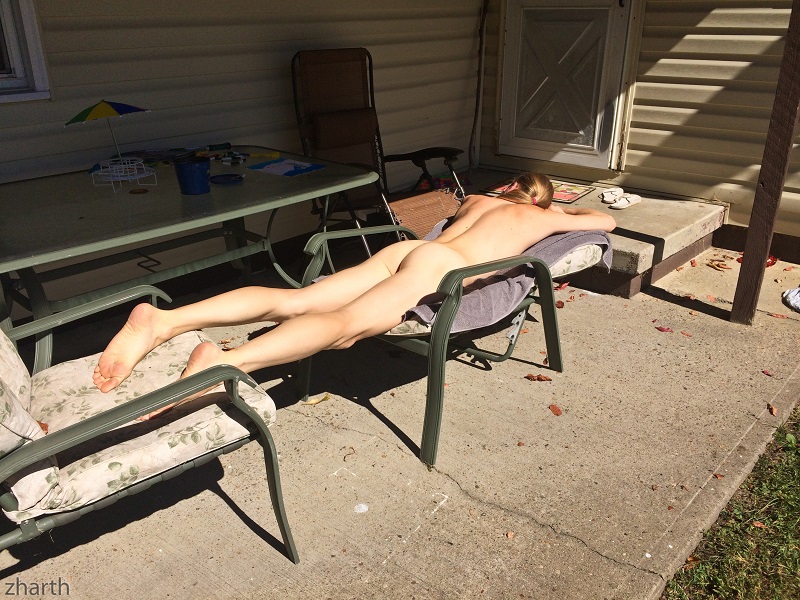 I realize that I’m probably not the best advocate for body acceptance. I’m a model and an aesthetic artist, and I probably send mixed signals when I talk about art and beauty. But I want to stress that nudism is not about what you look like. You don’t have to be “fit” or anyone’s idea of “attractive” to join in.
Nudists are just average people. Most of them are not going to look like magazine models, and I can pretty much guarantee that whatever you look like, you will not feel unwelcome or out of place. Nudism is for everybody. Working out to get to the beach is a part of textile culture; nudists don’t care what size or shape you are. So don’t wait to enjoy the benefits of the lifestyle just because you feel your body’s not perfect. Nudism exists so you can be naked and free right now!

Thank you so much for sharing your story Zharth!

2 thoughts on “The Naturist Talks: Zharth from the USA”