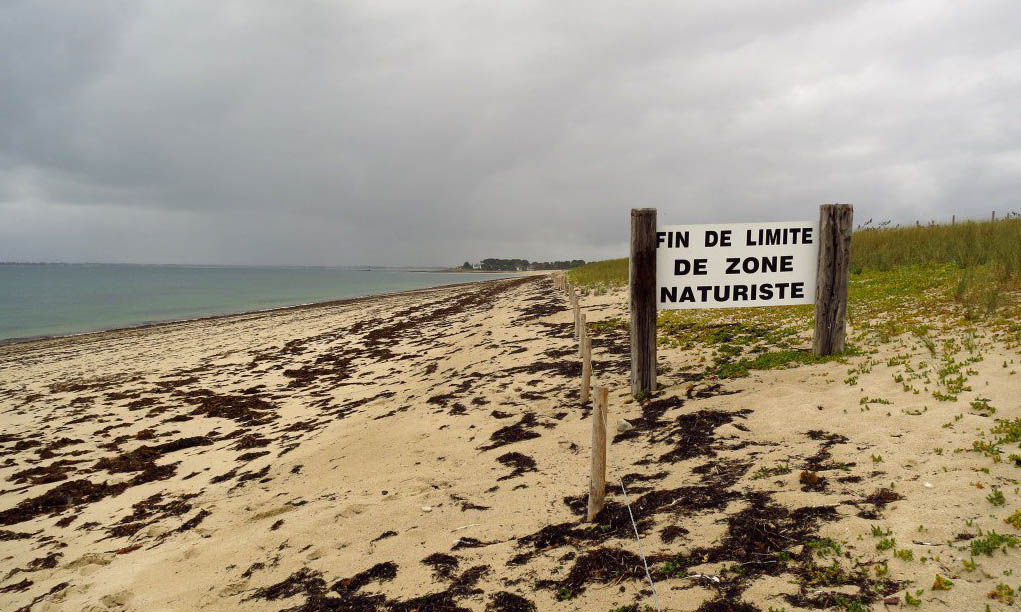 As you may have read in the very first post of this blog, one of the main reasons why we started this project is to show the world that naturists are not some strange dark commune but that actually everyone could be one… Or could enjoy being one if they took the first step.
Our main example of “everyone” is of course ourselves, we write posts about naturism in general but also about our own experiences. But some of you might be thinking “Yes sure, those two are probably just the strange kids in the block…” (nah, we know you’re not thinking that about us, but we’re trying to write an introduction here). So we decided to let other naturists have a word as well.
So please sit back and get inspired!
Meanwhile we already published several interviews with people from all over the world. You can find them in the The Naturist Talks section.
Let’s listen to what John has to tell us about being a nudist in Ireland
Hello John, tell us something about yourself
Where I live, in Ireland, nudism isn’t popular and a lot of people are actually scared of the naked human form. I was brought up in pretty strict Catholic household. Growing-up you wouldn’t see anybody naked and the human body was never talked about. 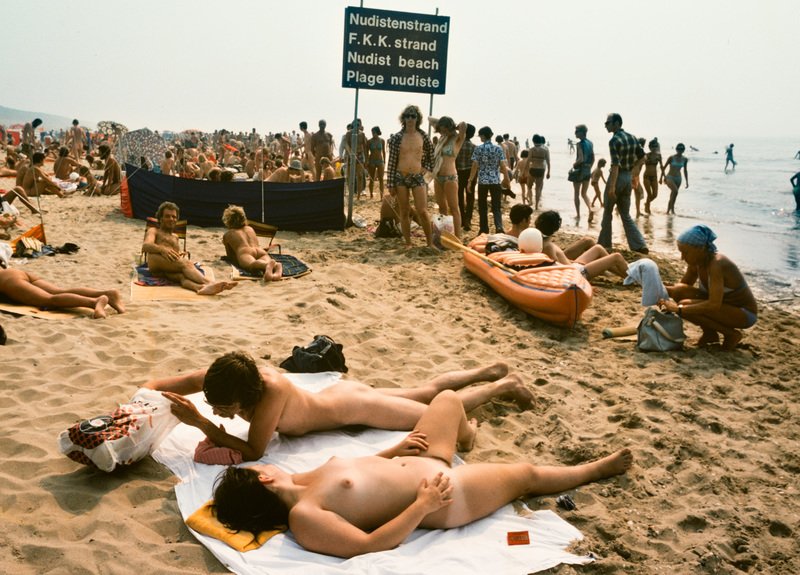 How and at what age did you become a naturist?
I was around 25/26 years old when I started becoming interested in naturism. I started looking for local places on the internet where nudists would go and I discovered a beach about 100 miles from where I lived. Unfortunately, a year later I had an accident and spent a long time in hospital. It wasn’t easy as I was still shy about my body. The major part of the injuries I suffered was between my knees and my waist. I had torn ligaments and muscles especially around my groin area. I suffered testicle damage on my right side so I was constantly being prodded and looked at their by all sexes of doctors. I gradually became immune to this as I realised they had to do their job and they were doing their best for me. A few years later after that I travelled to that beach and for the first time ever I stripped-off in front of the world and walked proudly down that beach, letting it all hang out and being proud of my body.
Is naturism allowed in your country and what’s the public opinion?
Unfortunately nudism is not legal/illegal here in Ireland because it falls under the public decency laws. It is not indecent to be nude but it is indecent to bare your penis in any other state than flaccid and that can be interpreted too. The same goes for women and their vaginas. A woman can be naked in public but as long as she doesn’t flash any vagina or associated parts, she’s technically not breaking the law but sometimes that can be misinterpreted too. In this country they can’t stand public breast-feeding, and that is even the women here themselves. Doesn’t figure. Non-nudists generally stay away from beaches that have a reputation for nudists but if they do go to the same beach it is generally okay. I’ve not heard of anyone running off to the police to report anyone there. But I’ve had the occasions where I’ve been on remote beaches and I have come across grumpy old women out walking their dogs. I’ve been given out to and threatened with the police but sometimes that’s the price of liberty. I sometimes now go walking in the forest. I usually go up high into the woodland where others usually don’t go. I think it’s best not to be close to the textile public.

What do you think is the best and worst thing about naturism?
The thing I like most is the feeling of freedom. The abandonment of status symbols and worldly possessions. When everyone’s naked, who know what you own and don’t own.
What I don’t like about naturism, is false naturism. The people that are out there to show of their cocks or their fake boobs. Men who go there to have gay sex or perv on other men or women. That’s not what it is about.
Do you find it easy to make naturist friends?
At the beach I have met many friendly people but I have also met a lot of people who just wanted gay sex. I usually have to meet and get to know people over a period of time before I would consider going to visit them or inviting them to my place. I don’t see age as a barrier. In fact, at any age it is beautiful to see the human body. 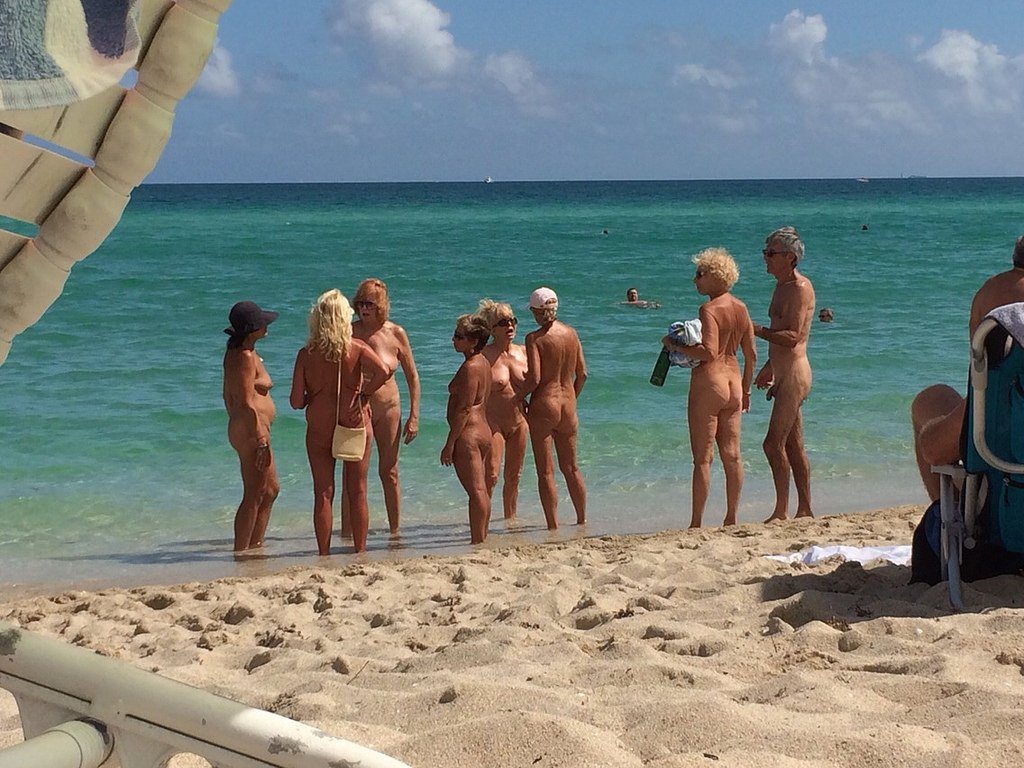 What’s the best tip you have for beginning naturists?
For men, first timers, keep your hands of your penis.
For women, don’t sit spread-eagled in front of newbie guys. That happened to me on my first day at the beach. Guess what happened.
As you get more familiar with your own body and being nude, getting erections because of things becomes less frequent. Now any woman can be in front of me naked and I can control my urges to look and to get hard.
Anything else you’d like to share with our audience?
One day I was on a remote beach miles from anywhere lying on a towel in the sand, naked as the day as I was born. I had been there before and for several hours I enjoyed my own company as usual.
I must have drifted off to sleep when all of a sudden I heard voices. I turned my head to see a woman with her daughter and two grandchildren heading directly for me. You can imagine what I was thinking.
I was supporting quite an erection when I woke up and to hide it quickly I rolled over and pulled the towel around my waist. The old woman had seen my hard penis and gave me the evil eye as she passed by. Her daughter smiled and her two girls about 5 and 6 stopped to see this strange man with a towel wrapped around him.
Eventually they moved on over the beach, far enough away from me. I resumed being naked and walked to where there were rocky alcove that would separate me from the invaders. I put my towel down again and resumed to lie out.
I was barely naked ten minutes when I heard the voice of another elderly woman shouting “I think I found a nice sheltered spot over here”. The nice sheltered spot being the nice alcove I had found myself. I thought bugger it and proceeded to lie their naked. There this other woman came around the corner, followed by her daughter and her daughters three girls all between 9 and 5.
I couldn’t believe it. Did they stop? Did they turn around and say sorry? No! They just plodded along and set-up their deckchairs and blankets beside me. Were they nudists? No! But they seemed perfectly happy to continue on with me being naked two feet from them.
The morale of the story is, when it starts raining grannies, daughters and grandkids, you never know what you will get.
Thank you so much for your participation John!
Do you also want to tell your story and experiences in naturism? Please get in touch via the CONTACT page! As long as we have people who like to contribute, we can keep The Naturist Talks running!