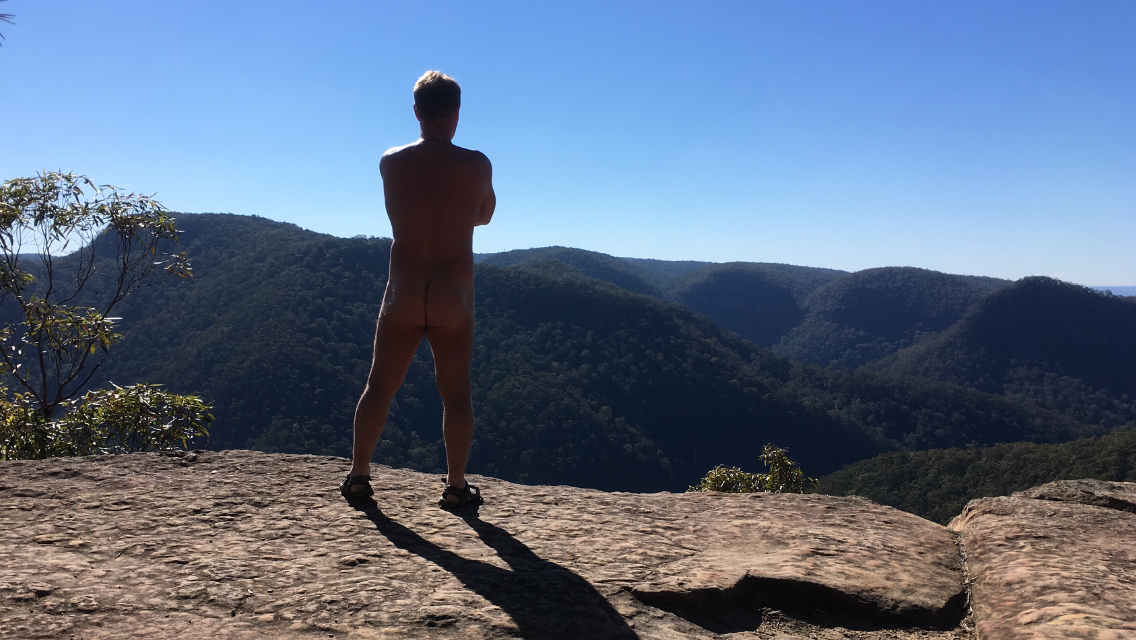 One of the main reasons why we started this project is to show the world that naturists are not some strange dark commune but that actually everyone could be one… Or could enjoy being one if they took the first step.

Our main example of “everyone” is, of course, ourselves, we write posts about naturism in general but also about our own experiences. But some of you might be thinking “Yes sure, those two are probably just the strange kids in the block…” (Nah, we know you’re not thinking that about us, but we’re trying to write an introduction here). So we decided to let other naturists have a word as well.
So please sit back and get inspired!
Meanwhile, we already published interviews with people from all over the world. You can find them in the Naturist Talks section.
Our guest for today is Michael, a life long nudist from down under.

Hello Michael, tell us something about yourself

I’m happily married (2nd time around) to a wonderful woman who accepts my nude activities and never stops me from participating in anything I want to like the world naked bike ride at Byron Bay the last two years where I drove 12hrs solo to attend. My wife joins me naked as long as it’s really hot weather and there’s nobody around that she knows, but generally only likes to get naked if it’s me, like our annual Christmas Day nude picnic in the bush.
I run a few Naturism pages on Facebook, Nudeyman and Australian Naturist News & Nudism as well as being active on Instagram & Twitter as @nudeyman I also have a blog website which I update on the odd occasion https://nudeyman.com 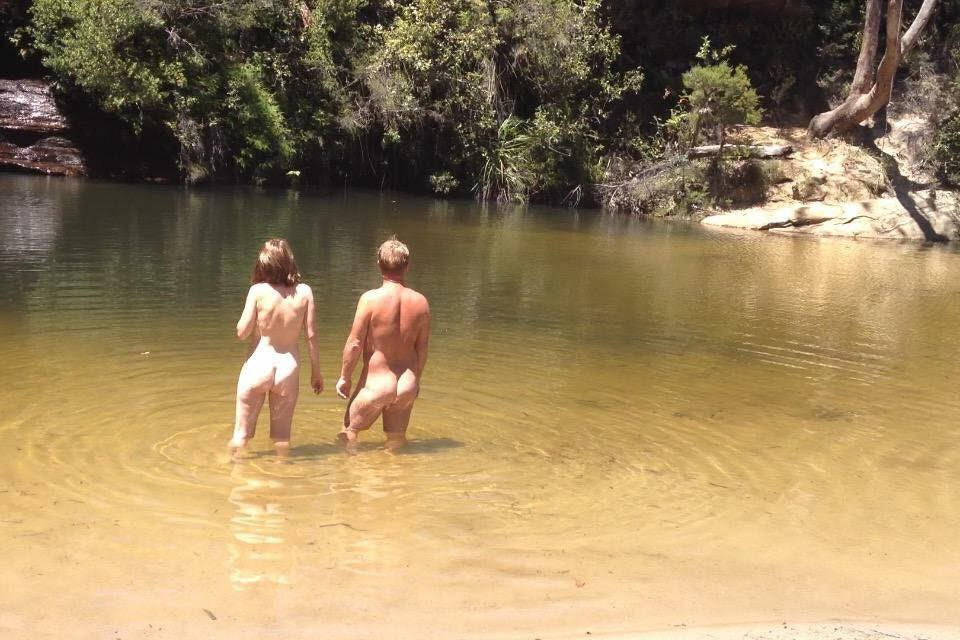 I’m a mechanic by trade but moved my way through the company to become IT Manager and the 120+ employees of the car dealership I was working at all knew about my lunch hour skinny-dips! In fact, I was somewhat of a “nude mascot” at that job and very rarely had any negative comments, lots of light-hearted jokes and a lot of people mainly women who said I was brave and confident to be able to go naked. I even had some fellow workers tell me that they had been to nude beaches and a couple that admitted they are naked at home etc. It was as if by me admitting I’m into getting naked made it ok so others confessed their Nudist tendencies.
I left that company a few months ago and my ex-boss at the going away ceremony said “we will miss our Nudeyman” I now work in an office near Sydney and only get a half-hour lunch break.

I started sleeping naked about age 8, this was when I discovered my parents slept naked which made sense to me as we had no A/C and lived in Western Sydney where the temps get up 45C+ in Summer. My parents were never negative about nudity but they didn’t walk around naked in front of my brother and me, they would strip down to underwear in Summer around the house but that was about it. I remember at a very young age maybe about 10 or so there was a documentary on late-night TV about Nudist “camps” and my parents let me watch it with them and dad said “I wouldn’t mind going to one of them” and Mum just laughed and said “dream on sunshine”.
When I was about 13 I started exploring the nearby Blue Mountains and I used to walk along creek gorges and go swimming and I discovered that being naked in nature felt so nice! I used to go camping with my mates sometimes and I used to strip off naked and a couple of times my mates would get naked too but I used to stay naked and air dry in the sun whereas they would get dressed as soon as the left the water. 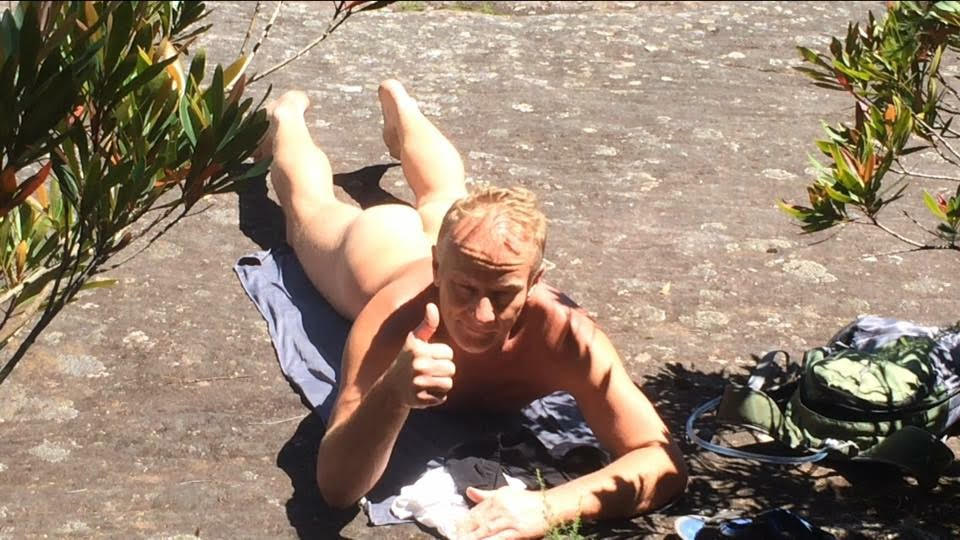 In Australia, we have legal nude beaches in all states except Queensland and Tasmania. In Sydney Harbour alone we have 3 legal nude beaches and Aussies are pretty laid back about nudity on the whole, but there’s always a few that object to nude beaches, especially when the beaches get a reputation for being a hangout of undesirables, then the locals get outraged and want the beach shutdown.
I have always got naked when I’m sure that there’s not a lot of people around ie: remote beaches/water holes.
I’ve been seen a few times and nobody seemed too concerned, in fact, two young girls who saw me naked as I emerged from the creek were more concerned that I’d be embarrassed that I’d been seen naked!

The best thing about Naturism is that it’s the great equalizer, sounds cliched but when you take off your clothes you feel more connected to people and your surroundings.
The only thing I don’t like is sometimes some people who have been brought up in a way that has made them believe nude always equals sex become obsessed with nudity and I see this on the Naturism Facebook pages I run where I have certain males asking my page by PM if I’m female and when they find out I’m not they suddenly stop asking…. Or worse still they send me dick pics. 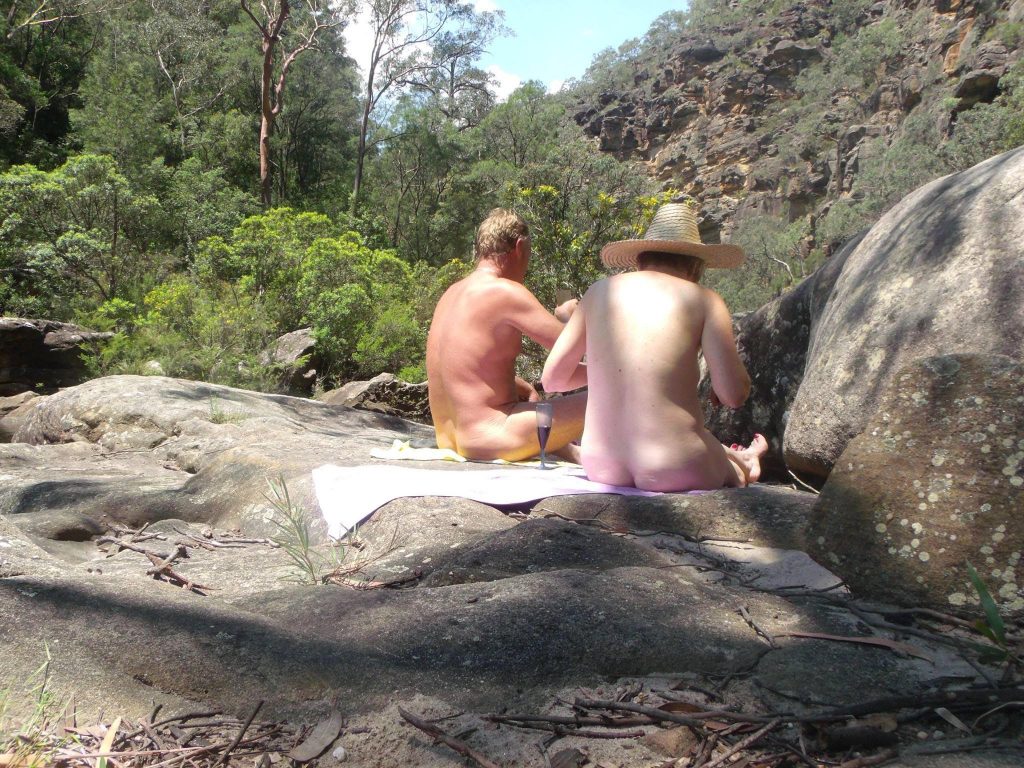 Most of my Naturist friends I have met on various Naturist forums or in Facebook groups, have had a couple that I’ve met through my Nudeyman page who have joined me for a naked hike on my lunch break. I like to think that I’m encouraging people to get out there and get naked by leading by example.
I have also made naked friends at a nude charity event called “The Sydney Skinny” which is held every year in Sydney at a legal nude beach and gets 700++ people attending and some of them it is their first time getting naked in public and they love it

Just do it! But seriously I’ll give the advice I gave to my 17yr old daughter who lives with my ex-wife the other day when she told me her best friend wanted to visit a nude beach…
I told her to tell her friend to get used to being naked so to “acclimatize” yourself which when I was younger I was always naked in my room when it was hot as well as around the house when nobody was home, then I started getting naked in nature by myself and then with mates camping. 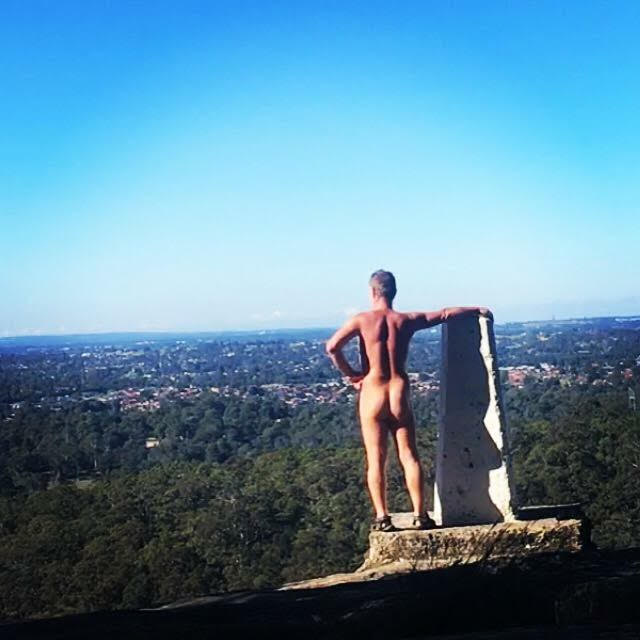 One memorable time was when as myself and other “seasoned Nudies” were walking down to the start of the Sydney Skinny event we had a young girl aged 18 walking beside us having a nervous giggle to us and admitted she had never been naked around anyone else in her life and had been raised in a very strict household that was anti-nudity.
Well, she got to the sand, dropped her clothes and loved it!
We did the swim and when she came out of the water her face was lit up and she didn’t want to get dressed and as she was getting dressed to go she said to me “do you think anyone can see me naked under this light dress?… I don’t want to wear anything anymore!”

Thank you so much for your participation, Michael!

4 thoughts on “The Naturist Talks: Michael from Australia”