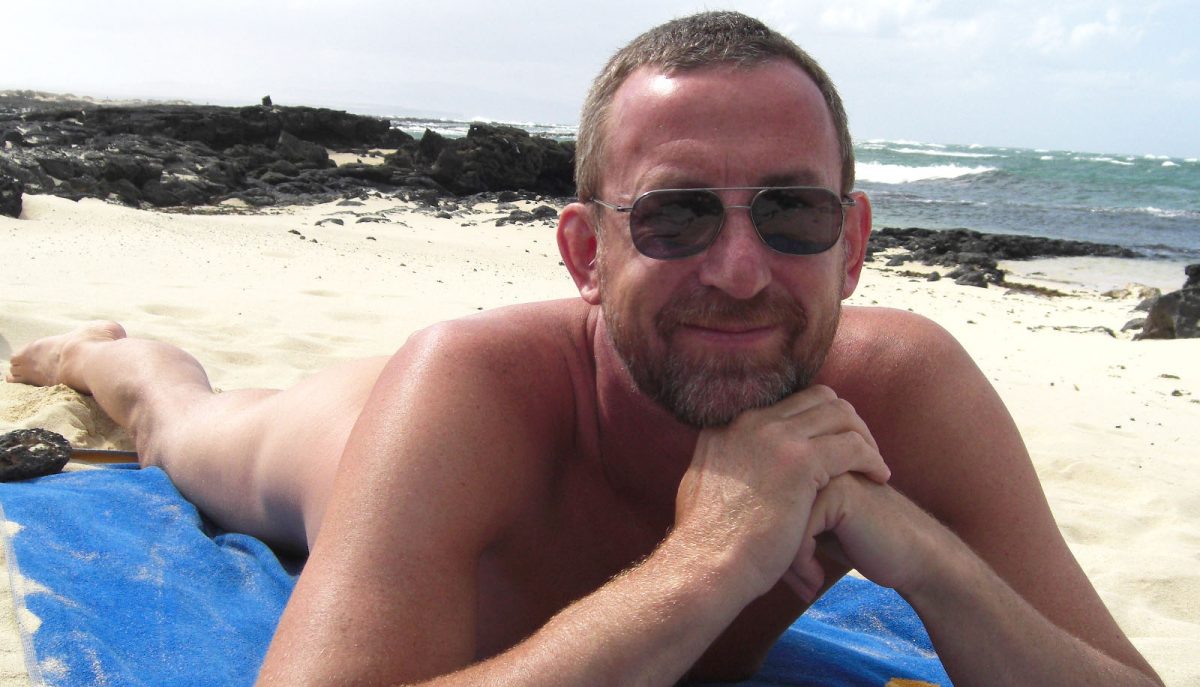 Naturism is a wonderful lifestyle that we try to enjoy as much as possible. In as many places as possible. Most of the time we share our own views on the different aspects of nudism but once in a while we like to pass the mic to hear about how someone else’s experiences. Via this Naturist Talks interview series, we listen to naturists from all over the world. They share their experiences, tips and stories about naturism and thanks to them we keep learning about the different aspects of life in the nude.
Our guest for today is Bob, a naturist born in the UK but currently living in Spain.

Hello Bob, please tell us something about yourself

I am the Anglican Chaplain for the island of Fuerteventura. I’ve been a minister for 37 years in inner urban areas of the Diocese of Manchester in the UK and have been here now for 3 years. I’m married with two grownup sons. I studied Botany at university and was at staunch atheist but became a Christian whilst I was there which later led to training for ministry. 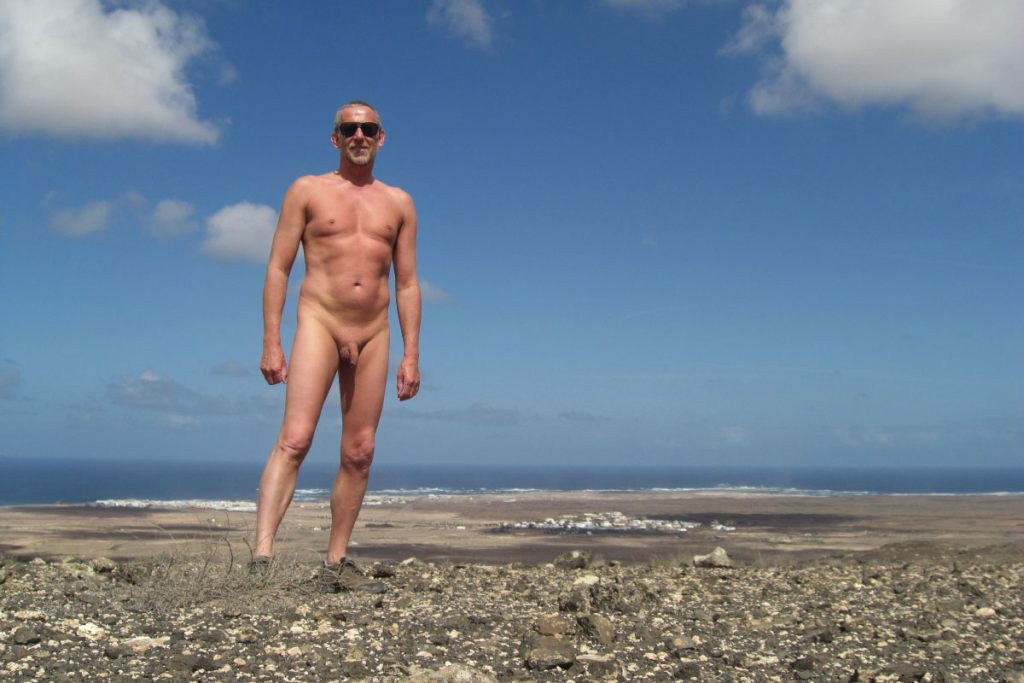 I became a naturist in 2004 whilst going for a walk on the island of Iona in Scotland, getting very warm and finding a secluded beach where I went for a skinny dip to cool down. Having enjoyed that experience I did it a few more times. The transition point was really in the following year whilst on holiday in Fuerteventura. We accidentally found ourselves on a beach where, as the morning developed, the rest of the people on the beach had stripped off. As I was just going for a swim I stripped off and walked very quickly across the beach and into the sea up to my waist. Nobody was bothered or looked at me and it felt so normal. I dried off in the sun and then went for another swim, this time sauntering slowly down the beach and feeling relaxed. When I got back home I thought “Should I be doing this as a Christian and as a minister?”.

I studied the Bible and did some research and discovered the Bible was certainly not against being naked, in fact it was very positive. The biblical account of creation described being naked and unashamed as very good. I studied further and eventually wrote a book about the Bible and Christianity called “Uncovering the Image“.
Back in the UK I joined a local club, Liverpool Sun and Air Society and British Naturism and my wife joined a year later. A couple of years later I became Chair of the Christian Naturist Fellowship and took naturist services at various events, did a lot of interviews in the media, and even a peak time national TV program called “4thought” where I was naked for the entire short program talking about being a naturist vicar. I did the World Naked Bike Ride for seven years and helped liaise with the police and local authority about naturists being able to use a local beach.

In the UK being naked is legal anywhere unless your intent is to cause harassment, alarm or distress. Here on Fuerteventura it’s fairly much the same and the beaches are clothing optional apart from the ones in the town centres. I am able to spend most of my time naked both at home, on local walks and haven’t worn a swimming costume on a beach in the last three years. 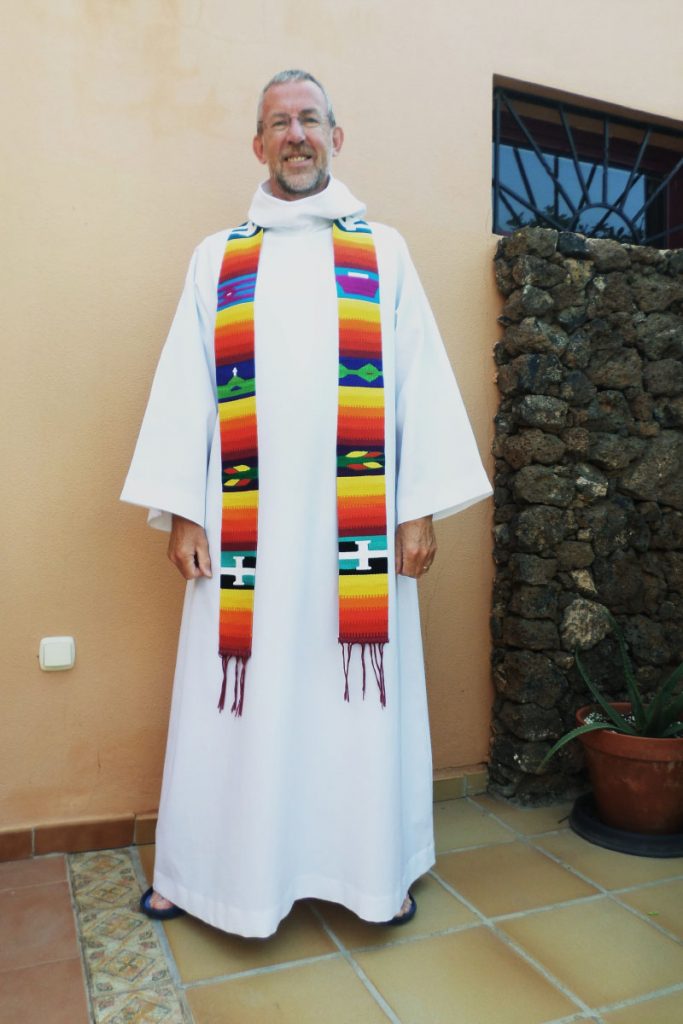 The best thing for me is simply the freedom to be. Fuerteventura is hot or warm all the year round so it’s certainly the best way to live. The worst thing is knowing that the same freedom is not enjoyed by my friends elsewhere in the world.

Naturists just seem friendlier than other folks. I’m starting up a social and activity based group here in Fuerteventura so that naturists can spend time being together and doing things with others in clothing-optional venues. That is especially the situation where both partners in a couple don’t share the same love of naturism or single people simply wanting to meet others who share their passion.

Go to a clothing optional beach and just go for it, or find a secluded beach or other place and simply undress. If you know someone who is a naturist ask them to go with you for mutual support, or perhaps go and participate in something like the World Naked Bike Ride where you can be as “bare as you dare”. 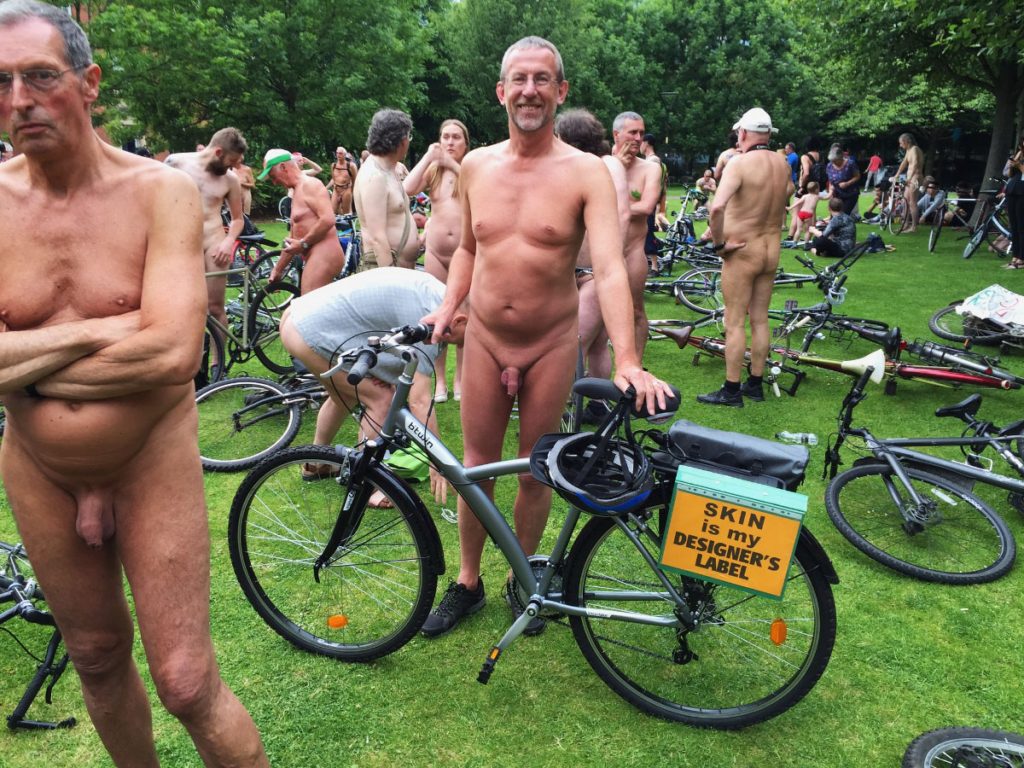 I was in the local supermarket and a woman walked past and said “I didn’t recognise you without your clothes on.” She had been to a funeral service I had taken where I had my clergy robes on (I wasn’t naked in the supermarket). Little did she know. Most folk in my last few churches have known I am a naturist and being Chair of the Christian Naturist Fellowship was written into my job description and signed off by the bishop and archdeacon. It wasn’t an issue. I hope it’s not for you.

Thank you so much for sharing your story Bob!

3 thoughts on “The Naturist Talks: Bob from the UK and Spain”