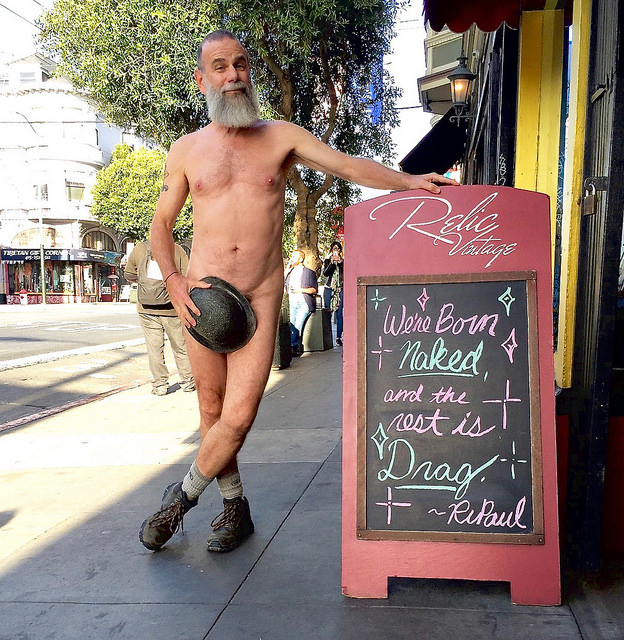 As you may have read in the very first post of this blog, one of the main reasons why we started this project is to show the world that naturists are not some strange dark commune but that actually everyone could be one… Or could enjoy being one if they took the first step.
Our main example of “everyone” is of course ourselves, we write posts about naturism in general but also about our own experiences. But some of you might be thinking “Yes sure, those two are probably just the strange kids in the block…” (nah, we know you’re not thinking that about us, but we’re trying to write an introduction here). So we decided to let other naturists have a word as well.
So please sit back and get inspired!
Meanwhile we already published a couple of interviews, you can find them in the The Naturist Talks section.
Our guest for today is Andy, 64 years young and living in California, USA.

Hello Andy, tell us something about yourself
Hi. I’m pleased to join nudists from around the world who have already added their voices (and sometimes faces) to this series of interviews.
I live in San Francisco. I came here from New York City in the mid-1980s to visit a friend for one week. He met me at the airport and drove me directly to a clothing optional beach with a view of the Golden Gate Bridge. More than 30 years later, I’m still here. I met my husband 20 years ago at a house party. One of the first things he asked me, as part of a party game, was, “If you were carrying a sign, what would it say?” I replied, “It would say, ‘I’d rather be naked.’” So now, when he occasionally objects to my decision to be nude in certain situations, I can remind him that he knew about this even before our first date. He had been to nude beaches before we met, but during our relationship he has become much more of a nudist. We travel frequently, and he has even been the one to suggest certain nude destinations and experiences, such as visiting Cap d’Agde in France and going on nude cruises with Bare Necessities Tour and Travel.
How and at what age did you become a naturist?
I really believe that my love of nudity is a core part of who I am. There are childhood photos of me with my siblings, in which they are wearing pajamas or swimsuits and I am naked. No one else in my family is a nudist, but when I was about 7 and 8 years old my father used to take me to swim nude at the YMCA. I loved everything about that, from the sensation of water moving over my entire body, to the sense of community and normalcy among all those naked men. I wish I had asked my dad what those nude swims meant to him, and why he always brought me but never my brother (probably only because my brother was older and was busy other interests).
I began sleeping nude in my early teens, and was usually nude behind the closed door of my bedroom. I was very secretive about it, although now I’m not sure why. I was a teenager during the 1960s and early ‘70s, the original hippie era and the early days of nudity in mainstream films. I was fascinated by the photos of people naked in the mud at Woodstock and dreamed of participating in something so joyous and liberating.
Immediately after graduating from high school I began going to clothing optional beaches and modeling for art classes, both of which I still do. I even performed nude scenes in a few plays. Those experiences increased my confidence and my comfort with being seen naked.
A little later, I discovered a club for gay male nudists in NYC and that was my first experience with organized social nudity. I consider myself a lifelong nudist, but I probably didn’t begin calling myself a nudist until I was well into my twenties. 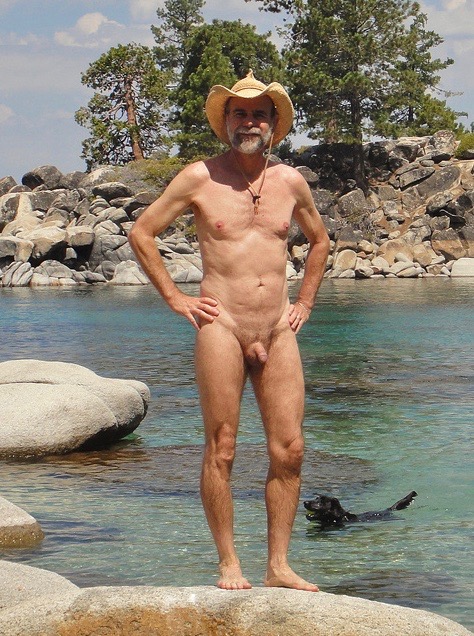 Is naturism allowed in your country and what’s the public opinion?
Nudity laws in the United States vary from state to state, and even from city to city. The majority of Americans are prudish. They equate nudity with sex, and think of nudism as something to snicker about. But many coastal states have beaches where nudity is either legal or tolerated. There are privately owned nudist resorts and campgrounds in lots of states. A small but growing number of places are beginning to recognize top-free equality.
San Francisco has some of the most liberal nudity laws in the country, but, even here, public nudity has been very controversial. Until a few years ago, it was technically legal to be naked in the streets, so long as one’s behavior wasn’t lewd or sexual. I sometimes used to sit in a small plaza and enjoy a coffee and a newspaper naked. Now the law has changed and genitals must be covered. I am quite comfortable being totally nude, but I would feel ridiculous wearing just a sock over my cock and balls. I sincerely believe that there is nothing shameful about the human body, but when you cover only your genitals I think it sends a very different message.
San Francisco does still allow full nudity at specific events, such as certain annual street fairs. Lately there have been permits issued for nude protests, an outdoor body painting day, and things like that. Public opinion is mixed. There are those who say, “What about the children?” and others who say, “All the wrong people take their clothes off.”
And, thank goodness, there are also many who say, “What’s the big deal?” I was recently chatting about local politics with a stranger while our dogs played together in a park. She surprised me by introducing the topic of public nudity and saying how angry she still is that it was banned in this city. She is not a nudist, but she sees it as a human rights issue. That was encouraging.
We hate to divide people into groups, but we’ll do it anyway…
Do you consider yourself a naturist, a nudist or an occasional nudist?
I am a nudist. I’ve spent most of my life in big cities as an “at home nudist” and a “public nudist,” and nature has little to do with that. I love being naked in nature at every opportunity, but I avoid the term “naturist” because so many people confuse it with “naturalist.” I think it is important to clearly say “nude” or “naked” and not pretend that it’s about anything else.
Do you find it easy to make naturist friends?
People at nudist resorts tend to be very welcoming and friendly, but there is no reason why most of those friendships should reach beyond the somewhat artificial setting of the resort. Sometimes a genuine connection is formed, but just as often (in my experience) nudism is the main interest in common. That is not necessarily enough to sustain a close friendship. I would find it challenging to limit my social circle only to fellow nudists.
Luckily, some of my non-nudist friends of both sexes are completely at ease with my nudity, allowing me to be my naked self while socializing among people with whom I share a real bond. That kind of truly clothing-optional society, where individuals are free to wear as much or as little as they wish, is my ideal. Spending time nude with my clothed friends, or in public, gives me the chance to “be the change you wish to see in the world.” 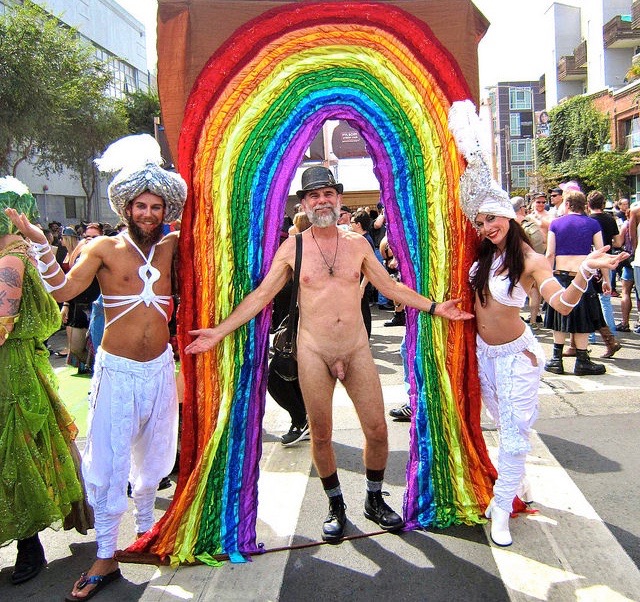 What’s the best tip you have for beginning naturists?
One thing I hear a lot is, “I wish I could be free enough to be naked, too.” Don’t let self-consciousness hold you back in situations where nudity is actually an option (for example, if someone else there is already nude). Give yourself permission to get out of your clothes, if that’s what you want to do. It’s like jumping into cold water; after the initial shock it feels wonderful.
Anything else you’d like to share with our audience?
Here is my philosophy in a nutshell: To be ashamed of one’s body is to be ashamed of being human. Some bodies may be prettier than others, but that is also true of our faces and we don’t tell people to put a bag over their heads! I know people who, because of age, or weight gain, or a scar, have decided it was time to stop going nude. My own body has changed dramatically with age. I looked one way at 20, another at 40, and this is how I look in my sixties. Aging is as natural as nudity, and true body acceptance is an ongoing challenge. When I am naked among other people the only message is, “This is me.”
Thank you so much for your participation Andy!

6 thoughts on “The Naturist Talks: Andy from the USA”