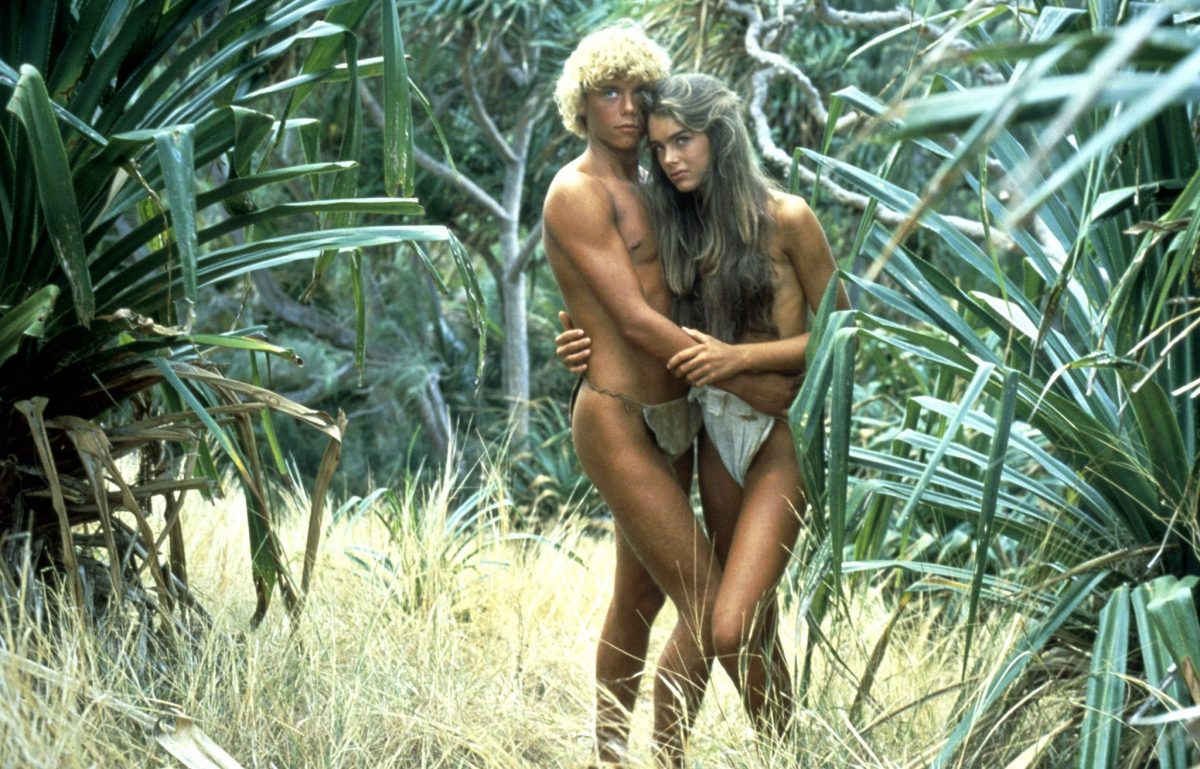 The alternative title of this post would have been “Why we all should cast away sometimes”, but we wanted you to know from the very beginning that this is about The Blue Lagoon. And we don’t mean the geothermal spa in Iceland (which is by the way an amazing place and such a shame that they make you wear bathing suits) but about the movie from 1980 starring the young Christopher Atkins and Brooke Shields. The Blue Lagoon is considered one of the top movies about nudism and the naked lifestyle. It shows us how life could be if we had grown up naked since we were children.
But first this:
SPOILER ALERT: If you haven’t seen the movie yet, you may want to do this before reading this post because we might give away some of the movie plots. On the other hand, if you read this first you may look at the movie with different eyes.
The story goes like this: Two 5 or 6 year old cousins, Richard and Emmeline are sailing with their father/uncle and a whole crew towards San Francisco. The ship catches fire an by coincidence the kids get a life boat together with the cook Paddy. They lose sight of everyone else, spend some days on the boat, are about to die but eventually end up on a deserted island.
Paddy teaches the kids some basic survival skills, lucky for them because it doesn’t take long before Paddy dies and Richard and Emmeline have to survive on their own.
Okay, the story like it’s described in above paragraph does sound pretty lame. That’s because we just wanted to give you a short description of the circumstances. It’s actually a very good movie.
And it’s full of life lessons.
Next to the obvious ones like “Don’t eat every berry you find”, “Don’t step on fish that look like stones”, “swimming when you’re drunk is a bad idea” and “unprotected sex will get you pregnant”, the movie will give you a lot of stuff to think about. 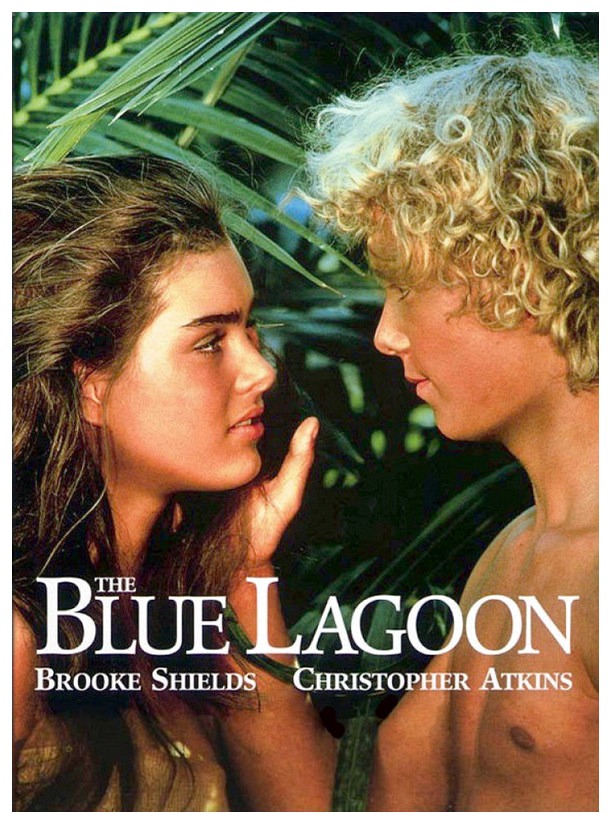 What if your only role model is a drunk cook who dies when you’re 6?

Well probably they had more role models before they ventured on this catastrophic journey, but your mom teaching you to eat with fork and knife and your dad showing you how to ride a bicycle won’t get you very far on a deserted island, right?
Truth has to be told, Paddy (the drunk cook) did his very best, he taught the children how to build a hut and catch fish, that politeness says that you shouldn’t run around naked (Paddy wasn’t particularly a nudist) and that they shouldn’t go to the other side of the island either.
This is actually pretty interesting stuff to think about and it really could happen. It’s not like Mowgli who got raised by wolves (whose manners were probably better than Paddy’s) but it’s about kids who have to make it on their own. Being it on an island with ideal circumstances when it comes to food and shelter, but those islands must exist.
How do you grow up when you’re not influenced?
You stick to everything you knew and all the rest you have to find out yourself.
When Richard and Emmeline grow up, they keep believing in Santa Claus, just because nobody told them that he doesn’t exist.
Most of the times they even wear (something that looks like clothes) because Paddy told them that’s the way to live.
And of course the difficulties start when they grow older and their bodies start changing.
Emmeline has no idea what’s happening when she gets her period.
Richard notices that he enjoys touching his penis.
They get feelings and urges from which they have no idea where they come from and there’s nobody to talk about it.
We remember how confusing puberty was, and we had books and tv and teachers and parents to tell us what was going on. But when you think about it… Didn’t they just make it more difficult?

Just because people don’t talk about it with their children, or worse, forbid them to do some investigation themselves makes it more interesting for them. Kids who have no sexual urges yet are aching to see a nipple just because they’re supposed not to see it and because their friends (who also don’t have any idea what they’re talking about) tell them how amazing it is.
But what if there are no parents?
And no friends?
Richard and Emmeline do get attracted to each other, but not because of their bodies. Since the moment they’ve arrived on the island, they saw each other naked. It was the most natural thing in the world. They did wear clothes but only because Paddy told them they were supposed to, not to hide anything from each other.
They got attracted because they fall in love.
This is why nudism is good for children, they consider nudity as a normal thing, not something they have to ache for, not something they have to secretly search for on the internet.
Nudist teens don’t confuse sexual attraction with a longing to see someone naked. Sexual attraction to them is much less polluted.

Why we all should cast away sometimes

Then the circumstances in the movie may get a bit too idealistic. Richard and Emmeline learn how to have sex by seeing 2 water turtles doing it. When Emmeline gets pregnant they are a bit shocked by the feeling of the baby kicking in her belly (boy, we would be scared as hell if something like that would happen and we wouldn’t have a clue what’s going on). Even when she gives birth and there’s suddenly a baby they don’t seem too impressed. But all of this fits perfectly in the atmosphere of the movie.

But it does make you think…
Aren’t we too influenced by our environment?
Shouldn’t we try to find out some things by ourselves instead of looking them up on the internet?
Do we really feel what we feel or do we feel what we think we should feel?
How would our mind have evolved if we were all Richards and Emmelines?

6 thoughts on “What we learned from watching The Blue Lagoon”