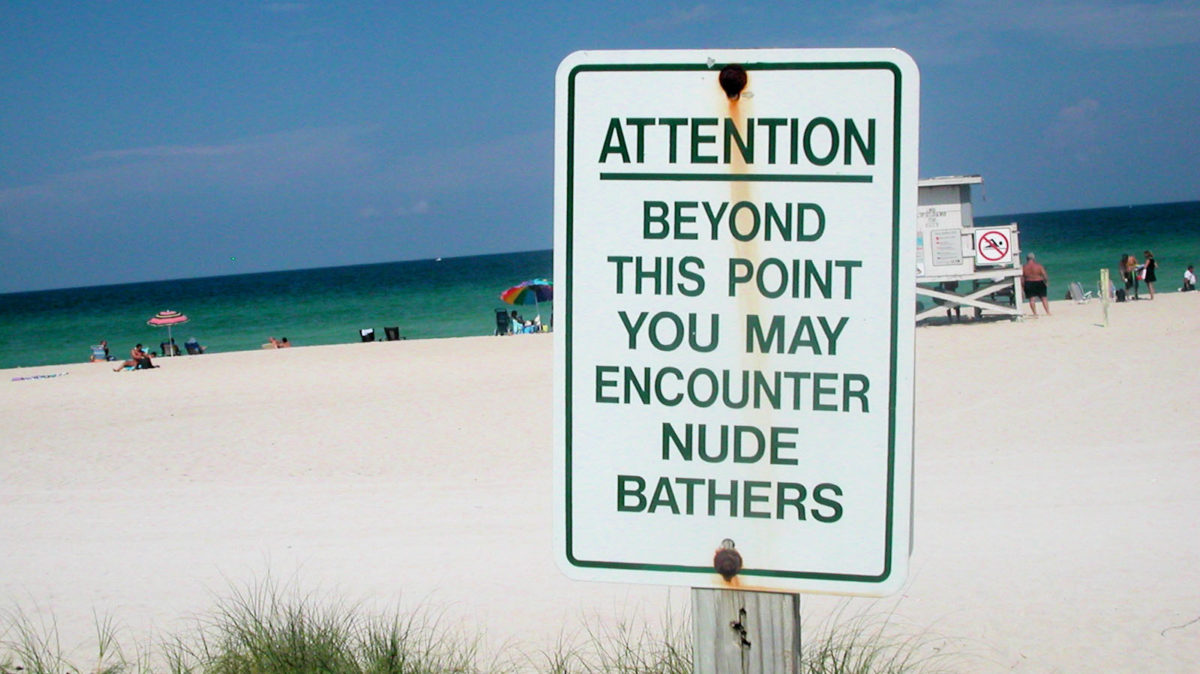 As you may have read in the very first post of this blog, one of the main reasons why we started this project is to show the world that naturists are not some strange dark commune but that actually everyone could be one… Or could enjoy being one if they took the first step.
Our main example of “everyone” is, of course, ourselves, we write posts about naturism in general but also about our own experiences. But some of you might be thinking “Yes sure, those two are probably just the strange kids in the block…” (nah, we know you’re not thinking that about us, but we’re trying to write an introduction here). So we decided to let other naturists have a word as well.
So please sit back and get inspired!
Meanwhile, we already published several interviews with people from all over the world. You can find them in The Naturist Talks section.
Meet Chris, a 39-year young husband, father and nudist from New England, USA. 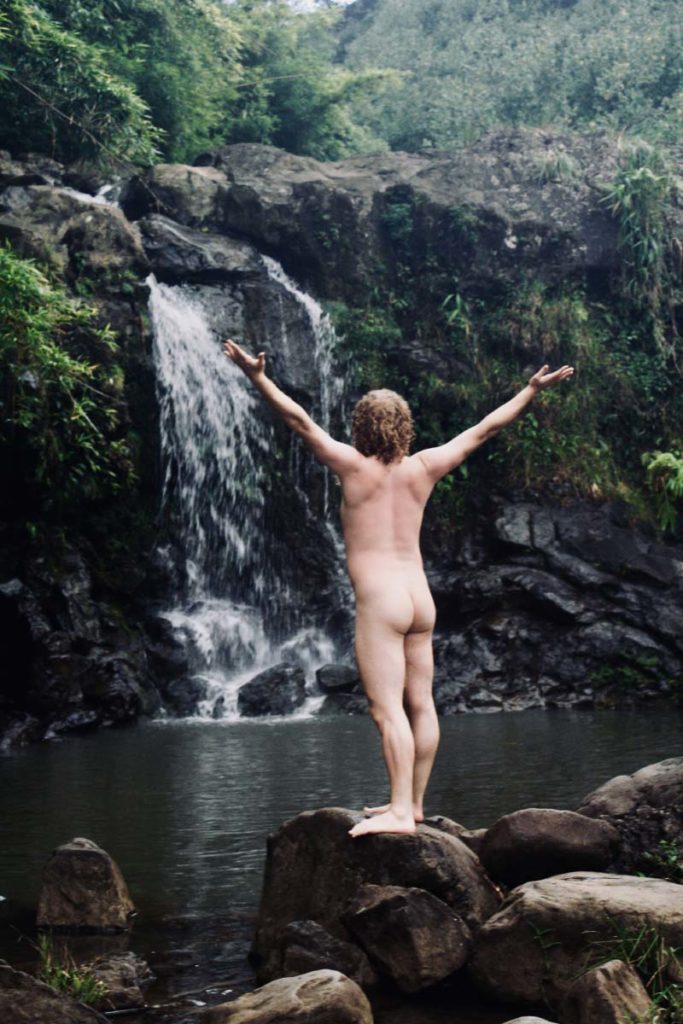 Hello Chris, tell us something about yourself

I am happily married with a couple young kids, living in New England. My biggest concern in this world is the future we will share as a result of climate change and as I’ve become more engaged in this issue, I have found that my interests revolve around the natural world. As a child I was devout in a common religion, though now my spirituality is deeply rooted in the connection with this planet. I feel this connection most when I am at the ocean, feeling the tides course around me as my feet sink into the sand. I appreciate the beauty of this world and long to preserve what we can for the next several generations.

I believe that naturism can be either a product of nature or nurture. As I look back at my personal history, I assert that this is a deeply ingrained trait of who I am, that I was born a nudist. Since I didn’t have any naturist role models, though, I started to think I must be weird and did my best to suppress myself. I went to great efforts to make people think that I thought my body was revolting, because I didn’t want to be found out. This changed when I survived a stint at trying to make my name as an actor and came away with a terrible body image. In my twenties, I turned back to naturism and became a closeted nudist. It really helped me to learn how to accept myself for who I was, to become more comfortable with myself.
When I met my wife, I was open about who I was, which was the absolutely best thing I could’ve done. Then, when I was in my early thirties, I “came out of the clothes closet” to my closest family members and some friends. People I met for the first time would learn this aspect of my being, while others who I knew for a long time were likely in the dark. Only recently did I post something on social media that made it clear that I am a naturist. I got tired of the duplicity and chose to be true to myself. It is that deeply ingrained feeling of needing to be open about it that causes me to believe that I am naturally a naturist, that it’s part of what makes me me. I don’t feel like I chose it.

Naturism is legal in the United States. There are clothing optional beaches and swimming holes that are legal or generally accepted for naturist use. You can also go to naturist escapes here and there – places you can stay over or visit for the day, inns that cater to naturist clientele, clubs, etc.
The Puritan attitude that came to these shores in the 1600’s has been a tough one to shake. I’ve found that a lot of people actually find it intriguing and aren’t particularly judgmental, though it’s also something they “could never do” themselves. Still, I think it depends on the community you’re in as to whether it is accepted or not. 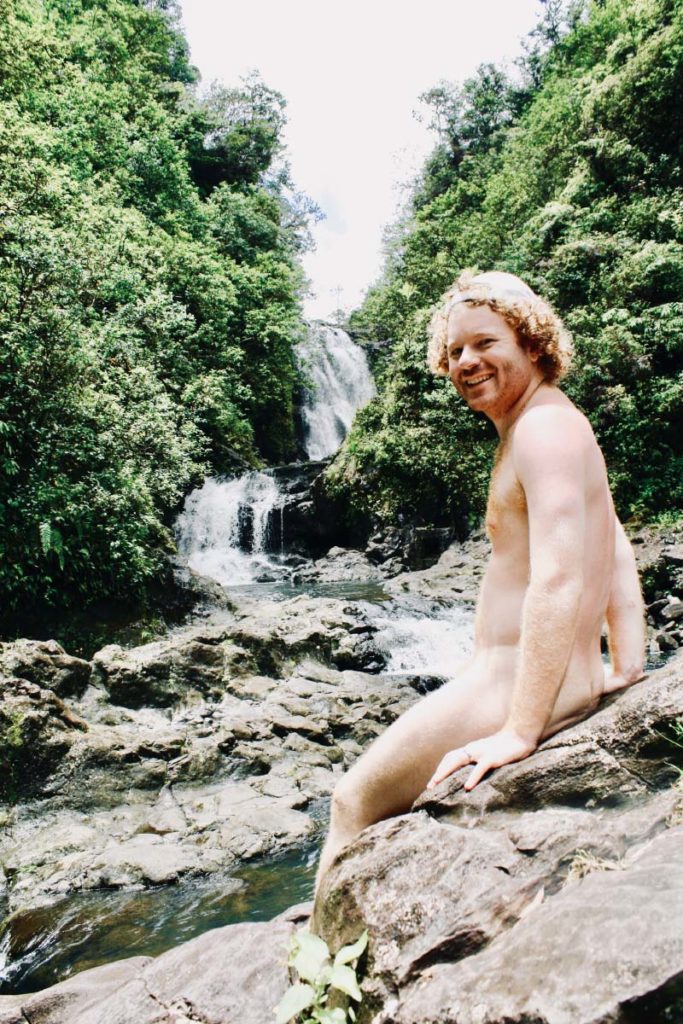 This is such a tough question for me. I’m not a fan of labels and only recently have I used both labels to describe myself. I have an affinity for “naturist,” because it doesn’t come with the baggage of “nudist.” The word “nudist” is often used in a pejorative sense, as something to make fun of. Comedians have carte blanche to make fun of us. If there’s a news story about nudists, you can hear the disdain in the reporters’ voices. It’s so weird, considering nudism has been a known entity in this country for nearly nine decades. I think it speaks generally to the tremendous discomfort Americans have with the naked body, especially their own.
So, in a way, I feel I need to claim “nudist” as my own, to take it back from those who use it to diminish people, but I’ve been most comfortable calling myself a “naturist.” However, my life fits the definition of “nudist,” since I need not just be in nature to be comfortable nude.

Naturists are friendly. I’ve found a wonderful community at our local clothing optional swimming hole, but we just chat with people when we’re there. However, I don’t necessarily have naturist friends, though not for lack of trying with friends I already have.
When I was in grad school, I was open with my classmates about being a naturist. There was a Korean spa nearby that we’d attend to use the baths and other amenities. The baths were segregated as male-only and female-only. My classmate’s husband and I would be together when we went as a group. Then we’d get together as couples away from the spa, and the two of us would still hang out nude while together. It was no big deal. We moved out of the area and I do miss having that level of connection in the day-to-day. 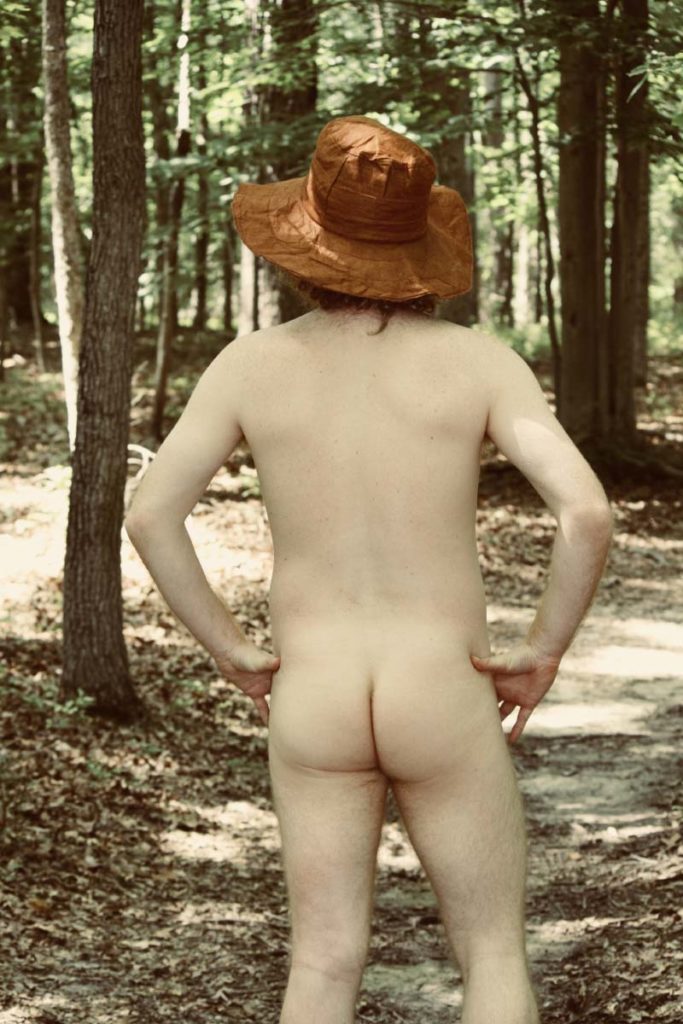 Go at your own pace. Society has conditioned us with messages to be afraid of our unadorned bodies, so there will be a lot of reprogramming going on as you embrace this aspect of your life. Be true to yourself, though, and don’t allow that messaging to hamper this experience. The more you can find comfort in your own skin, if naturism is something you are called to, the happier you will ultimately be in your life.

I have been fortunate to have been able to hit some of our most notable clothing optional venues in the US – Pirate’s Cove in California, The Ledges in Vermont, and Little Beach on Maui. It’s hard to beat Little Beach in paradise, with its aqua waters, sandy sea floors, and abundant sunshine.
What I’ve noticed, though, is just how much effort we must go through to enjoy naturism. Pirate’s Cove has a pretty steep decline to get to it. You walk a rocky, rooty path for more than a mile to get to the Ledges. And to access Little Beach, we have to climb over an ancient lava flow that doesn’t have the best footing. The rewards are numerous if you choose to make the treks and you really earn your day of enjoyment.

Thank you so much for your participation, Chris!