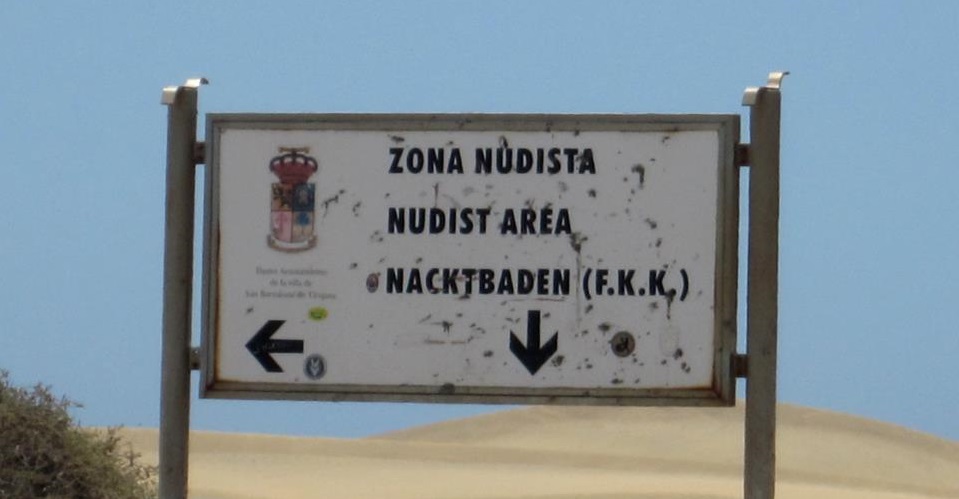 One of the main reasons why we started this project is to show the world that naturists are not some strange dark commune but that actually everyone could be one… Or could enjoy being one if they took the first step.
Our main example of “everyone” is of course ourselves, we write posts about naturism in general but also about our own experiences. But some of you might be thinking “Yes sure, those two are probably just the strange kids in the block…” (nah, we know you’re not thinking that about us, but we’re trying to write an introduction here). So we decided to let other naturists have a word as well.
So please sit back and get inspired!
Meanwhile we already published interviews with people from all over the world. You can find them in the The Naturist Talks section.
Our guest for today is Bart from our home country Belgium.

Hello Bart, tell us something about yourself

There is not much to say about me, when no specific question is asked. There are so many aspects to a person’s life, age, friends and hobbies, that “anything” is very difficult. This question is not a bad one, but a very difficult one. It requires sifting through a plethora of minute building blocks of one’s life. If the purpose of this question is to show that anyone can be a naturist/nudist, then the question itself is key to the answer. Anyone can be a naturist and I for one, don’t call myself one. Nor do I call myself a nudist. I’m just me, an aquatic ape with sunglasses. 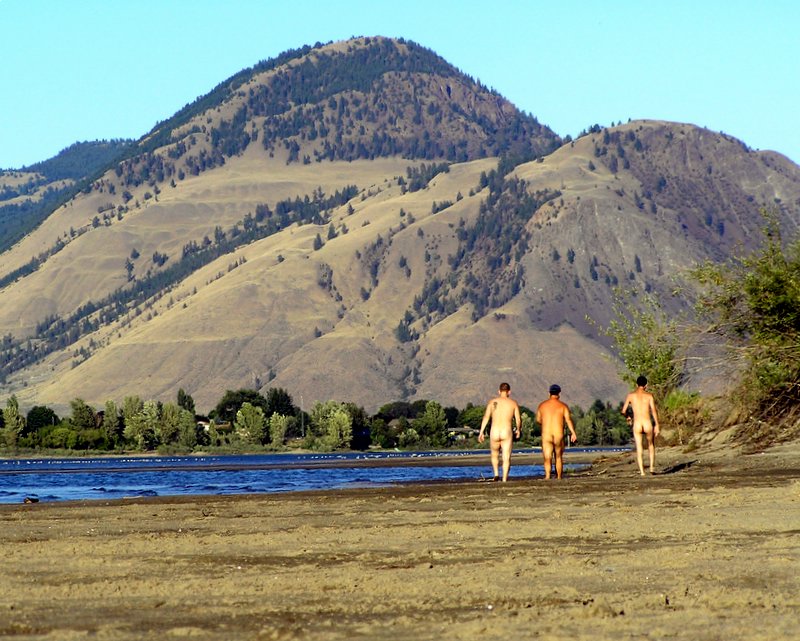 It’s difficult to judge if a person is born a naturist, or if one becomes a naturist. If naturism is a lifestyle then yes, a marker in time and space can be set when a person becomes A or B. But in my view, human beings are born without clothes and it is a combination of culture and functionality that forces humans to put on these clothes. So if we dispose of the terminology of “naturism” and “nudism”, we could refrase the question and ask: “How and at what age were you first inclined to cover up your body ?”. Of course, in most cultures, children are covered up with clothing right after they are born, but the notion the necessity of clothing, albeit from a cultural or a practical inclination, comes at a later age.
If the question is asked concerning the actual lifestyle, I can set a number of markers in space and time “when I became a naturist”, even though I do not label myself as such. I say “a number of markers”, because it’s been more a slow transition rather then one particular moment. I believe it to be so with many people. At an age of 22 or so I visited a public sauna, where I bathed naked in community with other people for the first time. At the age of 33 I eventually felt as much at ease (culturally) being naked as being clothed, in the sense that it could be called a lifestyle. Going to nude beaches and nudist campgrounds with my partner rapidly had increased that sense of ease.

“Naturism” is not prohibited, nor is “nudism” as a lifestyle. “Indecent exposure” is a legal offence, none the less. Being naked is not allowed in public places and spaces, such as public parks, nature reserves, rivers/ponds, public pools and other places that would actually lend themselves to nudist recreation. But laws could change, if not for the fact that the majority of people in this country are still inflicted by the burden of Christian prudery. The effect is that going to a place where nudity is communal, people tend to judge it as strange or unusual. There is thus a peer pressure to only visit clothed beaches, or private saunas, or the like.
By definition, there is still a taboo on communal and/or public nudity and naturism. A lot of naturists in this country keep their lifestyle to themselves. One could put that the law is actually more lenient towards naturism than the majority of civilians, thus creating a taboo that does not even need a legal backup to be enforced. The taboo simply enforces itself. How do I handle it ? When there are no civilians to enforce the taboo, we (my partner and I) just strip and do as we like. In our backyard we do as we like. We visit nude beaches and other naturist places and don’t talk about it. Not that it’s other people’s business anyway, but we don’t go around saying “What a lovely time we had on the nude beach”. On that note: this country has a very limited number of “naturist places”, there’s saunas and some private clubs, but there is only one nude beach. Then again, there is no civil support for more “naturist places”, mostly because of the aforementioned taboo. 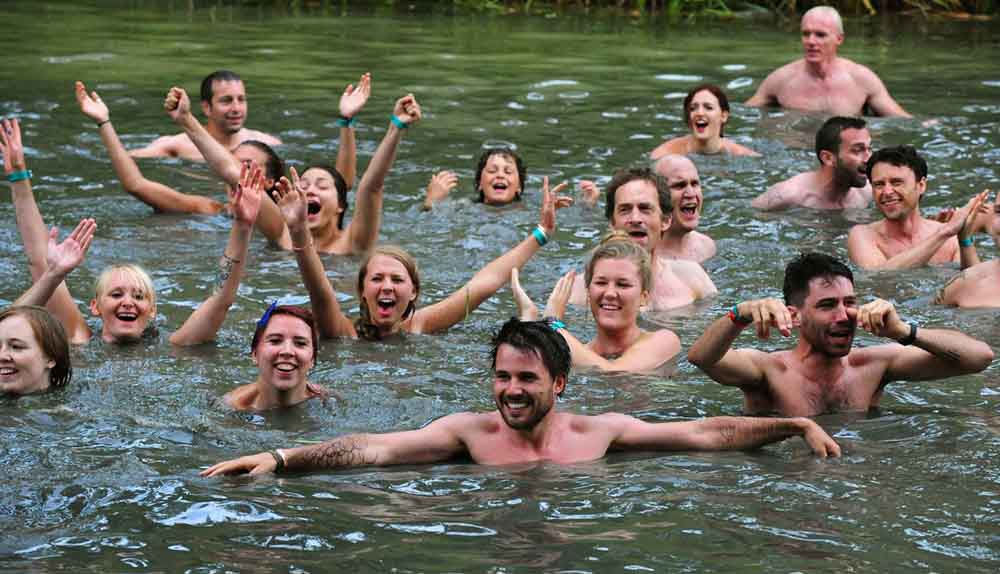 The legal restrictions on naturist activities make for inherently organised and in a lot of cases private activities. These private organisations haul along a number of rules and restrictions of their own, that -in my view- are counter-productive to the experience of naturism and nudism. The basic principle is contact with nature and all living creatures through shedding the burden of clothing (and thus culture, religion, …). To some extreme extent, one could put that it is the shedding of one’s very identity that brings a person closer to nature and to a more primal or viceral state of being. I have experienced that in organising activities for people who enjoy communal nudity (and call themselves naturists), a set of rules and other cultural boundaries is set upon them, which simply turns them into “naked people at a barbecue”, and not “naturists’. In this, I find myself a cynic for the so-called philosophy behind the lifestyle.
On the other hand, in an environment where naturism is possible, a person can come closer to nature and thus to one’s self, or it can be a stepping stone for people who haven’t tried swimming or hiking naked before. In any case, I have found places where communal nudity is the rule, there’s generally less criticism towards other humans, there’s less noise and less garbage. People tend to keep more to themselves and adhere somewhat to the core of the philosophy behind “naturism”. That is, in any case, a good thing.

I find it very hard to make naturist friends, then again I find it very hard to make friends in any situation. I’m at an age where I no longer see the need to make friends. I tend to avoid social events and it doesn’t matter if I’m wearing clothes or not. I don’t do small talk, I don’t exchange phone numbers and neither does my partner. We tend to keep to ourselves and if not for the legal restrictions on nudity and camping, we would simply put our tent in the wilderness by a creek and be naked. People of our own age tend to either stay in the background like we do, or are obtrusive being loud and/or drunk (and we stay away from them). Does one have to make friends in order to be a naturist ? I don’t think so. One can respect other humans either way. 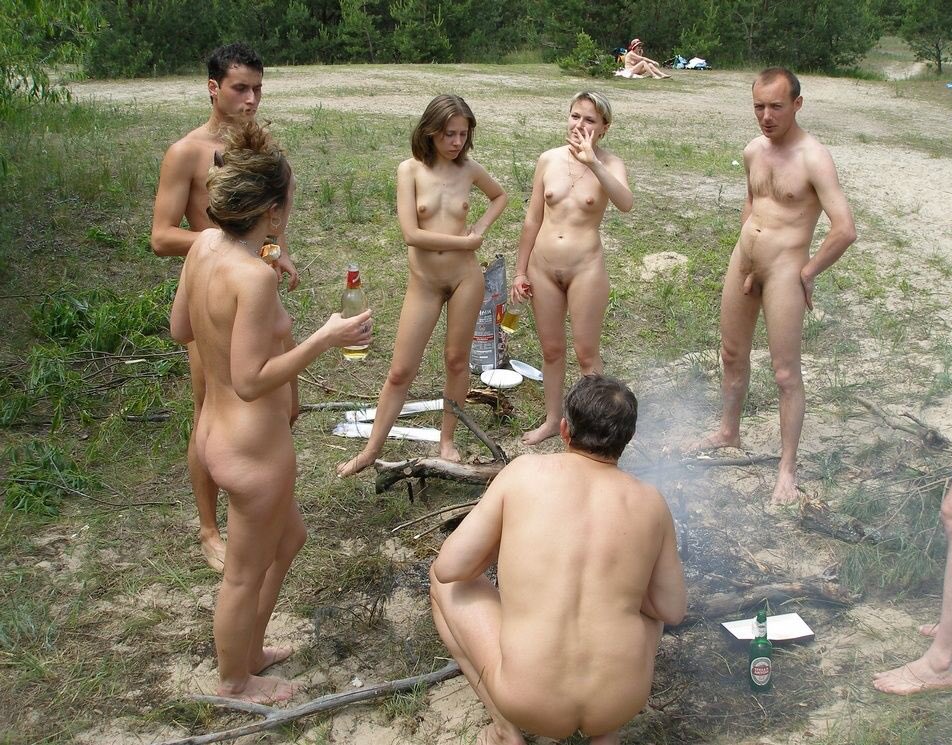 Find a friend or a partner to do naked “stuff”. It’s much easier to go skinny dipping, or to go to a sauna with a friend or even better, your partner. If naturism is a lifestyle, then the two of you have to enjoy it, otherwise it’s just a “weird hobby.”

Last summer we were hiking and we stumbled upon a very beautiful body of water, in which it would be very nice to go for a quick swim. We never bring swimsuits (heck I don’t even own a swimsuit) and more often than not, we are all alone and it doesn’t matter anyway. But this time there was a family of locals relaxing by the water and going for a naked swim was impossible, as we were in plain view. Then I decided to go over to the locals and just ask them if they cared at all if we went for a swim. They didn’t and when I announced that we had no swimsuits with us, they just shrugged and said: “Just do as you like”. So we stripped and went for a dip. We later said goodbye to the locals and decided that we were idiots. Idiots for not having asked this simple question before: “Do you mind if we go for a swim, we just don’t have swimsuits.” Because there is a very thin line between respect and indifference.

Thank you so much for your participation Bart!

Do you also want to tell your story and experiences in naturism? Please get in touch via the CONTACT page! As long as we have people who like to contribute, we can keep The Naturist Talks running!
Picture credit: The photos in this post are coming from Google and Twitter. If you find one of yourself and you don’t want it to be on our blog, let us know and we’ll remove it.

5 thoughts on “The Naturist Talks: Bart from Belgium”