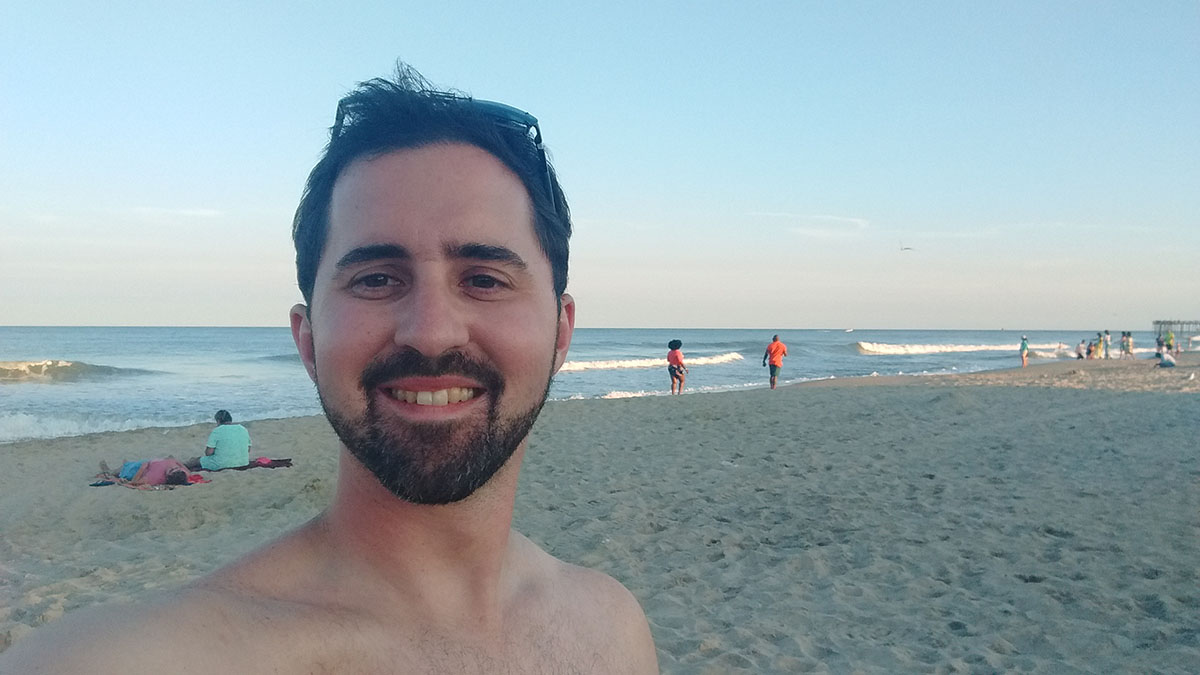 One of the main reasons why we started this project is to show the world that naturists are not some strange dark commune but that actually everyone could be one… Or could enjoy being one if they took the first step.
Our main example of “everyone” is of course ourselves, we write posts about naturism in general but also about our own experiences. But some of you might be thinking “Yes sure, those two are probably just the strange kids in the block…” (nah, we know you’re not thinking that about us, but we’re trying to write an introduction here). So we decided to let other naturists have a word as well.
So please sit back and get inspired!
Meanwhile we already published several interviews with people from all over the world. You can find them in the The Naturist Talks section.
Let’s listen to Patrick, 33 years young from the USA, telling us about his nudist experiences.
Hello Patrick, tell us something about yourself
I have a pretty wide range of interests. I’m a total gearhead (i.e., car enthusiast) and wake up at 6:00 a.m. almost every Saturday to swing by my local car shop. I love the outdoors and hike every chance I get, especially on trails where I get to do a little bouldering and rock scrambling. In recent years, I’ve gotten big into running, and do a lot of 5Ks, mud runs, endurance races, and the like. I run barefoot, which tends to blow a few people’s minds. On top of that, I’m also a writer and amateur photographer, but I work in marketing to pay the bills. 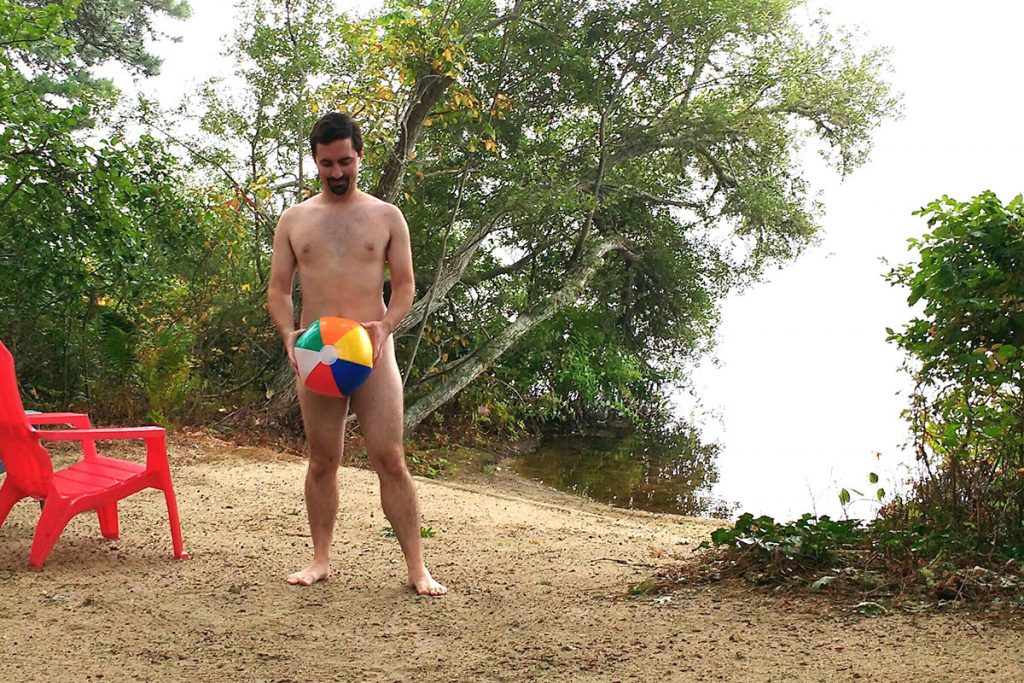 How and at what age did you become a naturist?
I think I always had an interest in it. When I played outside as a kid, I’d sometimes ditch my clothes and run nude through the woods when I felt sure I was alone. It just felt…right! But my parents definitely weren’t naturists, and I don’t think they would have approved. I sort of forgot about naturism for a few years, until I was 25. Then I read an article about a nude beach in New Jersey and realized that it was just a few hours away from me. I picked a weekend, packed my sunscreen, and made the drive. As soon as I got out of my clothes and stood at the water’s edge, I was hooked. It was like feeling the sun and the breeze for the first time. I thought, “I’m going to have to make this a regular thing now.” There was no going back. If I wasn’t already a naturist, I became one then.
Is naturism allowed in your country and what’s the public opinion?
Naturism is allowed in the United States, but only in certain places. Official nude beaches are spread out and can be hard to find (most are in California and Florida). My closest nude beach is Gunnison Beach in Sandy Hook, New Jersey, about five hours away from where I live in Virginia. There are private clothing-optional resorts in most states, but again, they can be spread out and hard to find. One little-known fact is that nudity is legal in national parks, as long as there is no sexual intent. I took advantage of this when I hiked parts of Joshua Tree National Park in the nude a couple years ago (which felt wonderful, considering the heat!). As for public opinion, I think there is a lot of fear around naturism. A lot of people, particularly the younger people of my generation, are way too self-conscious about their bodies. I think more people are interested in naturism than you would expect, but most are too frightened to try it. And that’s too bad. 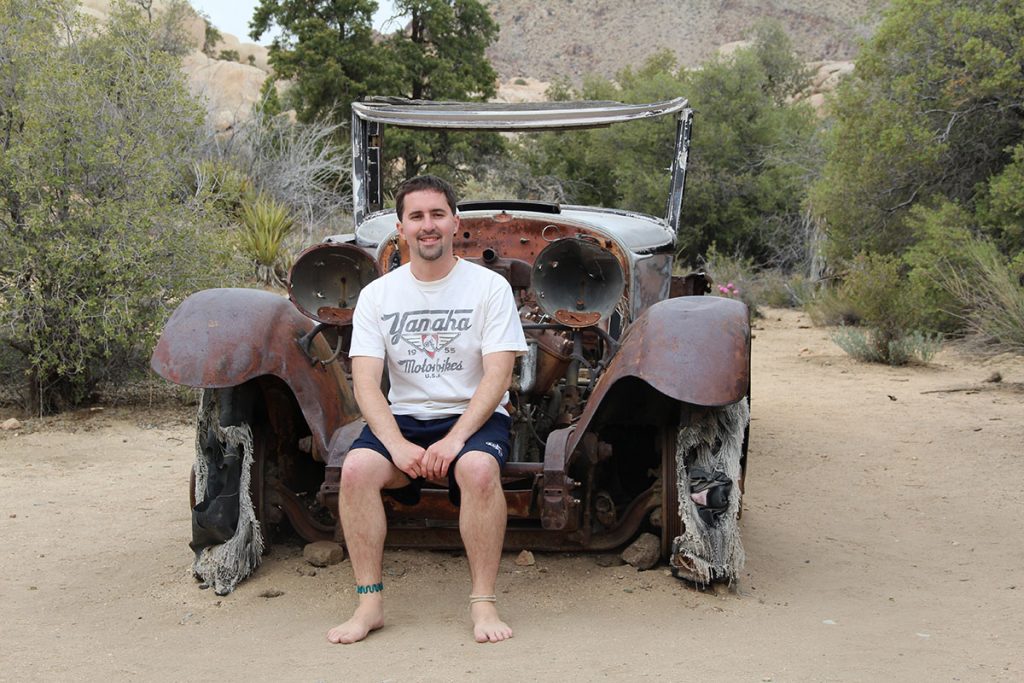 What do you think is the best and worst thing about naturism?
The best thing about naturism is that it’s, well, natural! Clothing has been such a widely-adopted part of our society for so long that most people accept it without question. But, except in situations where it’s there to protect us from the elements, clothing serves no true purpose (apart from preserving our modesty, which is only a state of mind). Through naturism, we go back to our roots and use our bodies the way we were designed to use them. If there is one thing I dislike about naturism, it’s probably discrimination against single men. A lot of naturist resorts in the United States don’t allow men if they’re unaccompanied. I encountered this a few times before I met my partner, and always found it unfair. Some men don’t have friends or spouses who are open to naturism, so the only way they can experience it is by themselves. They deserve the freedom to be nude as much as anyone else.
Do you find it easy to make naturist friends?
It can be challenging, especially for people around my age (I’m 33). The naturist resorts tend to draw an older crowd, and while I enjoy socializing with people of all ages, it can feel a bit alienating when I’m the youngest person in the room by 20 or 25 years. The Internet has helped tremendously. I belong to a nudist social networking site, which is actually where I met my partner of six years. Apart from people I’ve met online or through my partner, none of my friends are naturists. However, I’m open with my friends about my naturism, and they accept and support it. A couple of them have expressed interest in maybe going to the nude beach with me. I think that would be a lot of fun…if I can ever get them there! 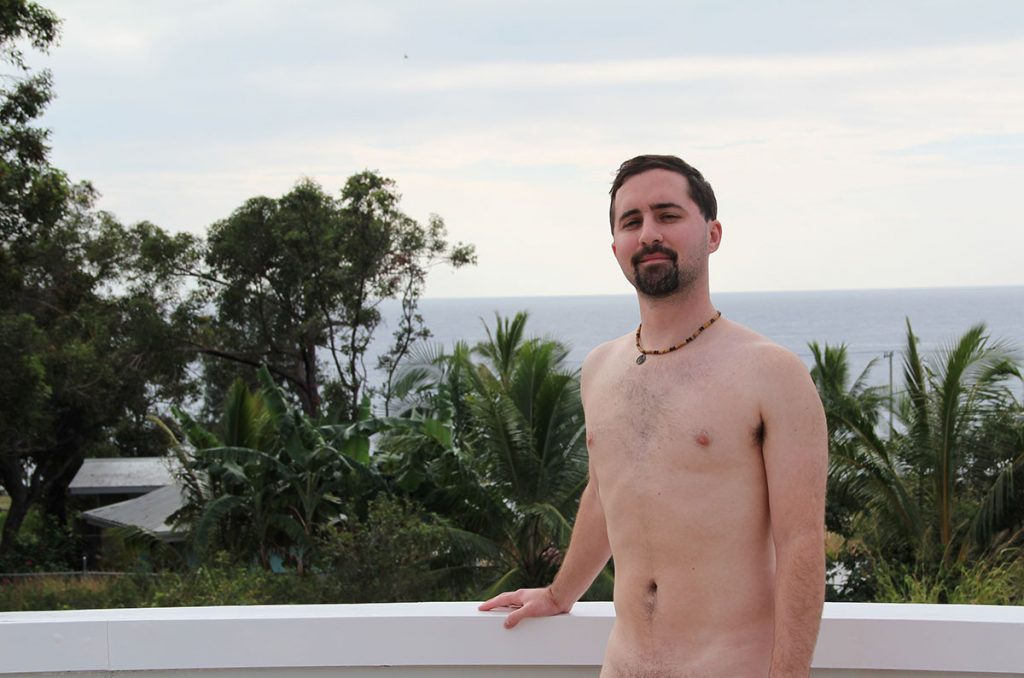 What’s the best tip you have for beginning naturists?
That first time you take your clothes off, you might feel like all eyes are on you. They’re not. Remember, if you’re at a nude beach, resort, or party, everyone else is just as nude as you are. You’re part of the crowd, and you’ll only stand out if you actually keep your clothes on! When you ditch your clothes, ditch all of your fear, negativity, and doubt along with them. You’ll have so much fun if you do.
Anything else you’d like to share with our audience?
Let go of your preconceived notions of who is or isn’t a naturist. We’re people of all ages, genders, races, religions, orientations, beliefs, and backgrounds. We’re your friends, relatives, neighbors, and coworkers. We’re a pretty awesome bunch of people. And if you have questions about naturism, seriously, just ask us! We’re obviously not shy.
Thank you so much for your participation Patrick!
Do you also want to tell your story and experiences in naturism? Please get in touch via the CONTACT page! As long as we have people who like to contribute, we can keep The Naturist Talks running!

1 thought on “The Naturist Talks: Patrick from the USA”